Picks & Preview for The Northern Trust 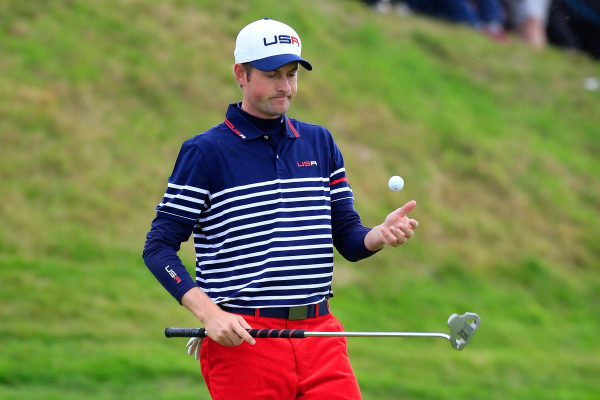 Rickie Fowler is going to sit this one out because he has an oblique tear. Fowler is #17 in the FedEx Cup standings so even if he sits out this week and next week, he should still make the BMWChampionship without any concern. Rory McIlroy is going to take this week off and mainly because he feels he needs the rest. McIlroy is ranked #21 on the FedEx Cup standings so his status is also clear this week.

HenrikStenson is still nursing an elbow injury that will force him out of this tournament. Stenson is ranked 50th in the FedEx Cup standings so his status is a bit more unclear. Only the top 70 will make it through to the BMW Championship so he will need to play next week or he will miss the cut line for the BMW Championship.

Patrick Rodgers is going to sit out for the Northern Trust. Rodgers and his fiancee are scheduled to get married this upcoming weekend and unless he wants to get an early divorce, it wouldn’t be wise for him to cancel on the big day! Rodgers is sitting in 93rd place in the FedEx Cup standings so he could very well be eliminated from the playoffs due to his sitting out, as only the top 100 will make the Dell Technologies Championship.

Finally, Bud Cauley is still recovering from his accident and will be eliminated from the playoffs. Cauley was 122nd in the FedEx Cup standings and due to him needing a top 100 finish to get to the next round, he will be eliminated.

Ridgewood Country Club is a Par 71 Golf Course that measures just over 7,385 yards. There are 79 bunkers spread out all over the course, with the majority being around the greens.

This course really doesn’t favor long drivers but rather leans in favor to the more accurate golfers. When you look at who has had success at the Northern Trust Open, you will see that those golfers who are more accurate and those that have good Approach shots, will do well here at Ridgewood Country Club.

The Northern Trust will all get started on Thursday morning, August 23 and run through Sunday, August 26, 2018.

The top bet for The Northern Trust is Webb Simpson at 33/1. Many people are going fade Simpson this week because he missed the cut last time he played here in 2014 at Ridgewood Country Club. The thing is he is a totally different golfer now then he was back then. His form is much better right now and he has turned into a completely different golfer this year compared to his past years.

Top Longshot at The Northern Trust – Hideki Matsuyama at 40/1

Our longshot play of week is Hideki Matsuyama at 40/1. Matsuyama really hasn’t been on the radar this year and hasn’t played as well as he would of liked to but he can make it all better for his season if he wins here at the Northern Trust. It is very rare that we will get these long odds on someone like Matsuyama so we have to take advantage of it while we can, because he is going to return to form and when he does, he will return to the top 10 in the world of golf.

My top fade this week is Tiger Woods at 16/1.  Tiger has played much better recently but this distance is going to be tough on him. Additionally, his accuracy has been off in recent tournaments and he owes a lot to his recovery. The major issue we have with that is the fact in this rough, which was 3.5 inches deep in 2014, will be very difficult if he isn’t hitting the fairways.