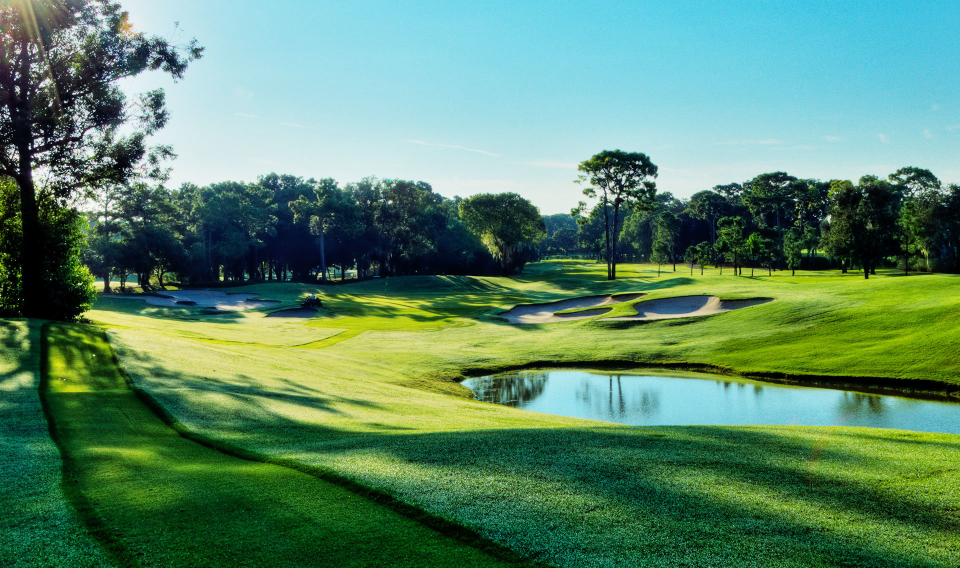 It is not unreasonable for the winner of this tournament to end the 4 days with less than -10 under par as the winning score. As a matter of fact, in the past 10 years of the tournament, only 4 golfers have posted a score of less than -10.

Last year, we witnessed Paul Casey beat out Patrick Reed and Tiger Woods by 1 stroke to win the 2018 Valspar Championship. In 2018, we saw Adam Hadwin win by 1 stroke over Patrick Cantlay. In both of the two previous years, the winner was decided by a playoff.

The Copperhead Course has been the host venue of this event each year since it started in 2000. Larry Packard designed the course in 1970 putting a heavy emphasis on shot location and accuracy.

The course is a Par 71 and measures 7,340 yards. The course is built heavy with plenty of doglegs, which force golfers to lay off the long driver and be particular with shot placement. That is what Packard had in mind when he designed this monster.

The Copperhead Course has a little bit of everything, and that is what makes it so unique, and particularly tough to score on. Golfers will run into sand bunkers, water hazards and tree-lined fairways that will be penalizing if they veer off course.

Now that you know a little bit about the course, let’s jump into the golfers we like for this week. First off, we have to say congrats to everyone that was on board with us last week as we cashed a winner with Rory McIlroy at The Players Championship. Rory looked phenomenal all 4-days of the tournament and cashed a winner for us on Sunday.

Jason Day 10/1 – Jason Day is the 3rd choice for odds this week and rightfully so. He comes in with really strong form and off an 8th place finish last week at the Players Championship. Day had some back issues the week prior, which caused a lot of people to fade him but this week, I think it is safe to start playing him again. Permitting he stays healthy and the back is ok, he should have no problem competing for the win at Valspar.

Webb Simpson 18/1 – Simpson has played well here at Copperhead. He finished in the Top 20 in five of the last nine times he has played here at Copperhead and has yet to really get his game going in 2019. I look for Simpson’s accuracy to come into play here and his strong scrambling numbers to get him deep into Sunday.

Patrick Reed 20/1 – I’m not sure this is really a value, but at 20/1, he fits the mold. Reed always plays decent here. He has finished in 2nd place two times and also a 7th and 38th place. This is normally when we see Reed starting to play his best golf of the year, heading into the Masters, so I expect a big week from him at the Valspar.

Bubba Watson 40/1 – Bubba Watson hasn’t played great this year, but he hasn’t played badly either. He didn’t do well last week at the Players Championship, but that was sort of to be expected as he never really adjusts to that course. This week, he takes on Copperhead, which he has only played once in the past 8 years. That one time he missed the cut, but we found out later that he had an injury, which probably affected his play. At 40/1, he is sort of a must play as we normally don’t get these type of odds on a former Majors Winner, playing in their own hometown!

Wyndham Clark 125/1 – I actually like a few longshots this week. Kevin Tway was an option, Roger Sloan was an option, and at the end of the day, I went back to Wyndham Clark. Clark has been playing well, and with the exception of his goof up that caused him to be disqualified, he has some decent form. 3 weeks ago, he nearly won the Honda Classic and had the lead heading into Sunday. He seems to like these Florida courses, and I expect a big week from him.