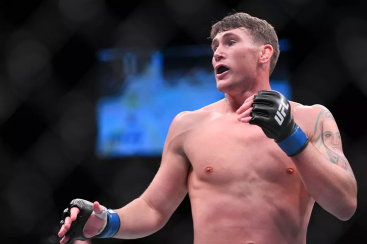 The Players Championship is not only an attraction due to being considered the “5th Major,” but it now contains the largest prize pool of $12.5 million dollars. We will see the majority of the big name players teeing it up in this tournament. Golfers such as Rory McIlroy, Dustin Johnson, and Justin Thomas are among the golfers that will be playing this week in the who’s who of pro golfers.

TPC Sawgrass has been the host venue since 1982 with a redesign being performed 3 years ago. Pete Dye was the original designer of the course, which now sits at just under 7,200 yards and plays out as a Par 72. This course is without a doubt one of the hardest courses that the pros will see all year long.

There are really two main stats that you want to pay attention to this week. Approach Shots are probably the most important factor among all as these greens can be very tricky. There are elevation factors around these greens that can be very tricky. They are the smallest greens that most of these pros will see in 2019 and with the course director saying that the bermuda grass will not be fully grown in yet this season, could make them even trickier.

In addition to the nasty greens, the bunkers and water hazards that are abundant at TPC Sawgrass will make it very difficult for overwhelming scoring this week. Let’s take a look at the golfers for this week that we like for the 2019 Players Championship.

Dustin Johnson – How do you not play a guy that has a 50% win percentage in the last 4 tournaments. DJ has yet to win at the Players Championship but has come close to winning. He hasn’t even finished in the top 10, who you may be asking yourself why would I be recommending him at these low odds. Well, he has very strong numbers around the greens and knowing how DJ can save himself from bad spots, makes him a really strong option this week. He has really saved his bad shots this year and recovered nicely, and that is going to help him out tremendously.

Rory McIlroy – Rory is nearly identical numbers as DJ at 12/1, but I think Rory is a much safer route, as he has been playing really strong lately. He has finished inside the Top 6 in five straight tournaments in 2019 and had it not been for a few bad putts on Sunday, he may have had a win or two. Rory should play well this week!

Patrick Cantlay – Cantlay has played at the Players Championship the past two years, and with both tournaments, he placed 22nd and 23rd. This year, we are seeing a much stronger golfer, and Cantlay comes in with great form. He finished in 6th place at the WGC-Mexico Championship and 15th the week before at the Genesis Open. Cantlay should do well this week, and at 40/1, he is a great value!

Si Woo Kim – Kim will be passed over by many because he missed the cut last week—big mistake! This guy won here 2 years ago and caught everyone by surprise. While I don’t think he will catch anyone off guard this week, with odds of 60/1, apparently no one is betting him. Prior to last week’s missed cut, Kim had a 3rd and 4th place finish at the Genesis Open and Pebble Beach Pro-Am.

Talor Gooch – Gooch is our only longshot that we really like this week. He punches all the boxes that you want for a reliable golfer this week and yet he can be found for 200/1. He is 5th on Tour in Strokes Gained: Approach, 15th in Par 5 Scoring and 17th in Par 4 Scoring. He placed 20th at the Honda Classic and should be well rested headed into this week. Gooch is a great option as a longshot.