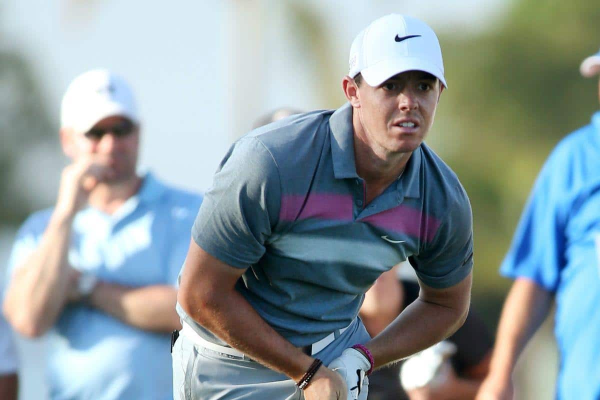 The south course plays as a Par 72 and is just under 7,700 yards. The course is much tougher than the north course and is also much longer! The north course is also a Par 72 but only measures a tad bit over 7,250 yards.

Another aspect of this tournament is the fact that many of the winners are either former winners or those that have gone on to win a major on tour. This tournament seems to require a stronger skill set than course history and therefore, when you are picking your golfers, don’t get locked into course history alone.

A prime example of that is Jason Day. The last 4 times Day has played here at Torrey Pines, he won it 2 times and missed the cut the other 2 times! Jon Rahm won the tournament 2 years ago after never playing at Torrey Pines. This just goes to prove that course history really doesn’t matter much at this course.

Rory McIlroy 12/1 – Rory is making a conservative effort into playing more tournaments on the PGA Tour this year. This is the first time Rory will be playing at Torrey Pines, but he normally does well on first time courses. His odds are terrible but at 12/1 but I really don’t think you will see him any lower than that at any time this year.

Tony Finau 18/1 – Finau really sets up well for this course. He finished in 4th place here in 2017 and 6th place last year. This course seems to favor golfers that are long off the tee and Finau is #1 in Driving Distance in the PGA.

Patrick Cantlay 25/1 – It’s hard not to like Cantlay this week, even knowing he finished 51st place in his only time trying the course at Torrey Pines. Cantlay finished in 9th place last week and is playing in his home state of California. At 25/1, he may actually be more of a value guy, but we could have very easily placed him among the favorites of the tournament.

Kyle Stanley 70/1 – Stanley is one of the most accurate golfers on tour, and that will help him drastically with approaching these tough to judge fairways. Stanley has a lot of experience here at Torrey Pines, including a 2nd place finish in 2012.

Harold Varner 100/1 – Varner is extremely overpriced here at 100/1. He doesn’t have the greatest course history but he is playing well right now, and his driving is going to be a huge advantage to him. Varner placed 18th last week at the Desert Classic, which is his 5th straight top 25 finish. Those numbers at 100/1 just are too tempting to pass up!

Dominic Bozzelli 150/1 – If you’re looking for a golfer with extremely inflated odds, look no further than Dominic Bozzelli. Bozzelli has only played here one time, back in 2017, and missed the cut. That being said, he is in really good form, after finishing in 5th place at the Desert Classic last week and 33rd place at the Sony Open.