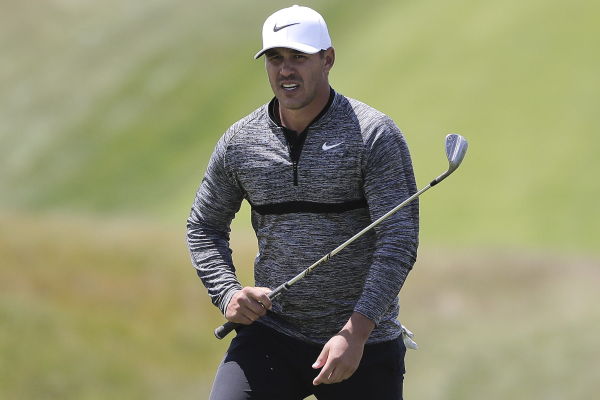 The final major of the 2018 PGA Season is over, as we watched Brooks Koepka win the 2018 PGA Championship. Koepka took over the lead on Saturday afternoon and seemed to have to hold off the rest of the field for the majority of the final day and a half.

Gary Woodland led the PGA Championship after round 1 and 2, with Koepka taking over on Saturday in round 3. Koepka was caught by Adam Scott on Sunday in the final round but Koepka simply wouldn’t go away, shooting a -16 under par to win his 3rd major of his career.

Another golfer that sparked a ton of excitement in the crowd was some golfer named TigerWoods. Woods had one of his best tournaments of the year and was in contention to win his first major in over 10 years!

It was great to see Woods back in contention and even better for the sport. It didn’t matter what hole Tiger was walking to, the crowd was going absolutely crazy and cheering for one of golf’s best players and legends on the course. Woods has progressively gotten better with each tournament, shooting a 64 on Sunday to make it competitive and finish in 2nd place in the PGA Championship.

The cut line for the PGA Championship fell to EVEN over Thursday and Friday. Several golfers had a chance to make the cut on Friday but simply couldn’t cash in late with the faster greens late on Friday evening.

There were several notable players who never really showed up this week and ended up missing the cut at Bellerive CC. One of the biggest names this year that missed the cut was Patrick Reed. Reed never really adjusted to the course and shot bad both Thursday and Friday. Reed ended up shooting a 72 on Thursday and a 71 in Friday and was cut with a +3 on the two days.

Paul Casey shocked many people with missing the cut this week. Casey had only missed the cut one time in 12 months but simply couldn’t hit greens in the first two days and it cost him badly. Casey ended up shooting 75 on Thursday and 73 on Friday, for a +8 over par for the two days.

Bubba Watson continued his recent struggles, missing the cut for the 3rd time in 4 tournaments. Watson has won 3 tournaments this year but he has seemed like he is either boom or bust as there really is no in between with Watson in 2018.

Phil Mickelson also continued his struggles, missing the cut this week and finishing outside the Top 10 in his last 9 tournaments. Mickelson seemed to have problems off the tee on Thursday, shooting a 73 and a 71 on Friday for +4 over par for the two days.

The mathematical golf genius Bryson DeChambeau missed the cut this week and completely shocked many people, including myself. DeChambeau ended up falling 1 stroke shy of making the cut, shooting a +1 over Thursday and Friday and failing to make the cut for the first time in nearly 6 months.