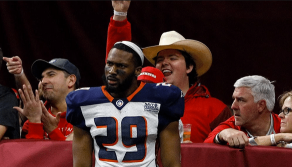 The first major of the year will take place this week from Augusta, Georgia as the best golfers in the world tee off at The Masters! This tournament is considered by many as the biggest tournament of the year, with the prize pool being $11,000,000. The winner of The Masters will take home his share, which equates up to $1,980,000 and the coveted “Green Jacket.” The winner will also secure their rights to play in The Masters for a lifetime.

There are only 87 golfers that will tee it up in The Masters, including the best in the world! This is an invitation only tournament, with the max line normally coming in right around 85-90 golfers each year.

The tournament will take place at the Augusta National Golf Club in Augusta, Georgia. Augusta National is a Par 72 course that plays out as a 7,435-yard course. With most courses, you have lots of rough that is penalizing, but at Augusta National, it is more about undulation and level changes.

The greens at Augusta National are lightning fast and to make matters worse, golfers will need to deal with slopes and slants on these greens. They run about 12-13 on the stimpmeter with unulation on nearly every hole.

The fairways are interesting at Augusta National. Unlike many other courses, there really isn’t a ton of rough here, so the fairways are pretty much wide open.

The bunkers and water hazards are also something to be aware of. There are 44 bunkers that are placed throughout Augusta National and an additional 6 water hazards that will make it difficult to breeze through this course.

Unlike many of the other tournaments that the pro’s of the PGA will play in, The Masters have a unique cut. The Masters cut is after 36 holes and to be able to play in the second half of the tournament or on Saturday and Sunday, golfers must complete the 36 holes in the Top 50 places plus ties or finish within 10 strokes of the current leader after the 36 holes.

When you are looking for golfers for this tournament, it is suggested that you put a heavy emphasis on Current Form and Recent Course History. Additionally, you want to look at Driving Distance and Scrambling as the top two factors in picking a winner.

Now that we have all the initials out of the way let’s take a look at what we like this week at The Masters!

Rory McIlroy 8/1 – Rory is the top golfer in this tournament and the overwhelming favorite. If you throw out the match play, his last 5 tournaments consisted of a win, a 2nd, a 4th, a 5th, and a 6th. Not too shabby for a guy that has never won a Green Jacket! I think Rory has had his eyes on this one and is going to play some great golf this week.

Dustin Johnson 11/1 – DJ has 2 wins in the last 10 weeks. Pretty impressive! Additionally, in his last 10 weeks, he has played in 6 tournaments and has finished inside the Top 10 five times. He has never won The Masters, and this could be the week he pulls it off!

Jordan Spieth 20/1 – Spieth hasn’t really been playing well, but last week, he showed signs of the old Jordan Spieth. Spieth has ALWAYS played well at The Masters. In the last 5 years of playing here in Augusta National, he has won a green jacket, came 2nd twice, third last year and an 11th place finish.

Francisco Molinari 22/1 – Molinari is 22/1 and is fresh off some really good tournaments. He was a winner at the Arnold Palmer Invitational, and a 3rd place finish at the Dell Technologies Match Play. He doesn’t have a Green Jacket, and he would look really nice in one….especially at 22/1!

Si Woo Kim 150/1 – Kim has been one of the more interesting golfers in recent months. One week he shows up and competes for the win and the next he is missing the cut. Last week, he finished in 4th place after holding the lead on Friday and Saturday but gave way on Sunday and ended up with a 4th place finish. At the Genesis Open, he also competed for the win and ended up 3rd, while the week prior he finished in 4th place after looking like he would run away with the tournament. Kim sets up nice for this style of course and should compete at these crazy numbers.

Bernard Langer 500/1 – OK, I know it is crazy, but Langer is really playing great golf on the Senior Tour. In his last 4 tournaments, he has a 5th, 2nd, 1st, and 3rd place finish, which even though it’s the Senior circuit, is still really impressive. He has always played decently at The Masters and most recently has talked about retirement — no better way to go out than winning the Masters.