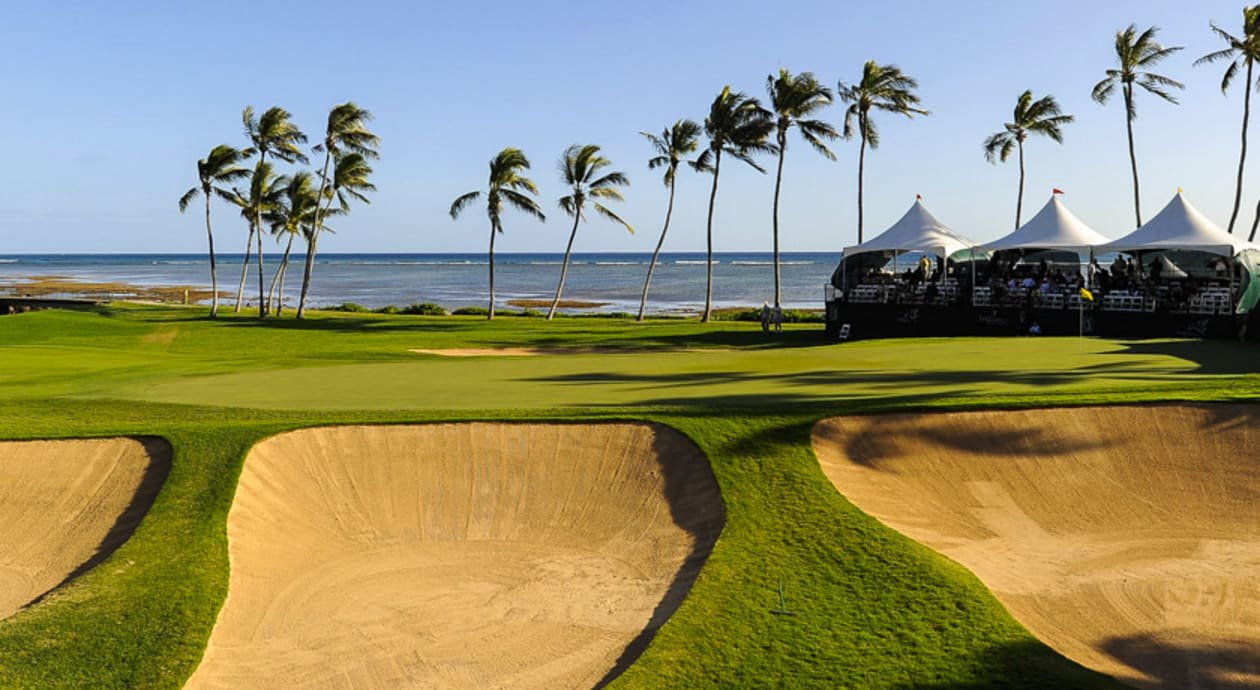 The PGA Tour finishes their annual trip to Hawaii with the Sony Open at Wai’alae Country Club. With last week’s Tournament of Champions hosting just 42 participants, the Sony Open is the first full field event of 2021.

Last week’s winner, Harris English, returns to action this week to try to pull off the Hawaii double-win, last done by Justin Thomas in 2017. FanDuel has his odds set at +1600 to pull it off.

There will be thirty players who competed at the Tournament of Champions who will be in the field again this week at the Sony Open.

Odds to Win the Sony Open

Without top dogs Dustin Johnson, Bryson Dechambeau, Justin Thomas, and Jon Rahm in the field this week, Webb Simpson finds himself as the betting favorite at +1300. Last year’s winner, Cameron Smith, returns to the Sony Open to defend his title. He’s eighth on the odds list at +2800.

Here are the 10 golfers with the best odds at FanDuel to win the Sony Open:

While last week’s Sentry Tournament of Champions saw a long course with wide open fairways, this week’s Sony Open will be quite the opposite. It’s a Par 70 measuring at just over 7,000 yards and the track is characterized by tree-lined fairways, many of which are dog legs.

Golfers will be putting their boom sticks back in the bag and many will opt for long irons off the tee to make sure they set themselves up for as good of a second shot as possible. The term “second shot course” gets thrown around quite often, but there aren’t many courses on Tour that prove that statement more than Wai’alae Country Club.

Key Stats for the Sony Open:

Driving Accuracy: With so many dog leg holes and tree-lined fairways, being accurate off the tee will be a lot more important than distance this week. Not only do golfers need to keep it in the fairway, but placing it in the right part of the fairway will be key when setting up the ever so important second shot.

Greens in Regulation Percentage: With it being a second shot golf course, we want to look at more than one stat for each golfer’s approach game. Greens in regulation percentage will give us an overall look at how often the golfer can give themselves a chance at birdie.

Strokes Gained (Approach the Green): Strokes gained: approach, will show us a golfer’s ability to not just get it on the green, but to get it on the right section of the green give themselves the best putt possible.

Strokes Gained (Around the Green & Putting): Last year’s winner Cameron Smith won the tournament by his stellar play around and on the greens. He ranked 9th in strokes gained: around the green and 1st in strokes gained putting. Even if golfers are having an average week with an iron in their hand, their short game alone can win them the tournament if it’s sharp enough.

It’s also important to note that seven of the last nine winners at the Sony Open had competed at the Tournament of Champions the week prior.

Picks to win the Sony Open

Losing in a playoff to Harris English last week, Joaquinn Niemann checks every box of a guy who could find himself near the top of the leaderboard again come Sunday. In a tournament that seems to value recent form more than anything else, Niemann came out firing after the holiday break and already has a leg up on anyone who didn’t compete at last week’s event.