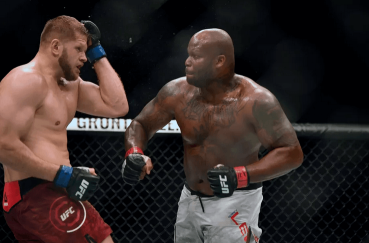 Shawn Porter makes the maiden defense of his WBC welterweight title on March 9. Headlining at the dignity Health Sports Centre (formerly known as the Stub Hub), Porter will have his hands full with solid Cuban Yordenis Ugas who has built his way up after some early career setbacks.

Shawn Porter is the favorite at -415, with Ugas hovering around +270 cause the upset.

Porter is enjoying a career rejuvenation following three straight wins, including the WBC title win in September 2018 over Danny Garcia. Porter’s rough and ready, smothering style might not always be pleasing on the eye, but it is effective. Garcia was unable to plant his feet and let go with the big shots (particularly his vaunted left hook), eventually conceding a close, but unanimous, decision to Porter.

Prior to the Garcia win, Porter knocked out a faded Andre Berto and outpointed tough gatekeeper, Adrian Granados. Other notable fights for Porter include his 2016 loss to the excellent Keith Thurman, who himself went on to hand the aforementioned Danny Garcia his first loss. Porter boasts a win over Adrien Broner and has beaten Paulie Malignaggi (by knockout) and Devon Alexander over the distance. Training with his father, Kenny, the Ohio native is now based in Las Vegas and came to prominence back in 2011 when he was busy sparring with Manny Pacquiao in Freddie Roach’s Wild Card gym.

Challenger Ugas is steadily improving as a pro but will need to put in a stellar performance if he is to the upset the apple cart. He is currently on an eight-fight winning streak and has not tasted defeat since back-to-back losses in 2014. Ugas, 32, took a 27-month ring hiatus, coming back refreshed and focused in 2016 against Jamal James. Talk about returning at the deep end; James was 20-0 and has not lost since Ugas dominated him, starting his winning run in the process.

A 42% KO ratio masks Ugas’s reasonable punch power. Thomas Dulorme found out about that in the second round of their contest on the undercard of Floyd Mayweather’s bout with Conor McGregor. Ugas dropped Dulorme with a stunning right uppercut, and so dazed was the Puerto Rican that he was down again soon after. Ugas can get wild at times, he can get hit, but he is strong, game and imposing. He will be standing right in front of Porter which will suit the American’s style. There was a lot of clinching in the Ugas-Dulorme bout, which will also suit Porter who can wrestle and maul with the best of them.

Schooled in the reputed Cuban amateur system, Yordenis Ugas does bring a strong pedigree from the unpaid code. He won bronze at the 2008 Olympics before defecting to chase his dream – following in the footsteps of the likes of Erislandy Lara, Luis Ortiz, Guillermo Rigondeaux and more. His first pro loss came on a split decision to Johnny Garcia in 2012. Given that Garcia (11-0 at the time) has done little since would be cause for concern. Alternatively, that could be put down to experience. Back-to-back defeats to Emanuel Robles and Amir Imam respectively, in 2014, could’ve signaled the end of Ugas’s American dream. Refusing to be denied, he showed the heart and resolve of so many Cuban defectors and has re-built to reach world title contention.

Putting the Keith Thurman reverse aside, Shawn Porter’s only other defeat was to Kell Brook. The English fighter is a skilled operator who was able to pick off Porter at times while rumbling with him when required. Ugas appears to possess the physical strength needed to grapple with Porter but lacks the technical refinement of a Brook to land the telling shots.

Ugas should have enough about him to last the distance. Porter is the tip though to retain his WBC crown, most likely on points following a hard-fought 12-round affair.

On the undercard, Francisco Santana is around the -200 to -300 mark to defeat Abel Ramos at welterweight. Ramos is +150 to win.

Tonight’s NBA betting schedule is lacking in overly compelling matchups, but tonight’s action will also be taking place with a few notable names missing. Booker, Morant, and Lillard Sidelined Tonight and Beyond Booker Out Versus Pistons Due to Hamstring Injury The Phoenix Suns lost Devin Booker (hamstring) on Tuesday against Golden State but closed out END_OF_DOCUMENT_TOKEN_TO_BE_REPLACED