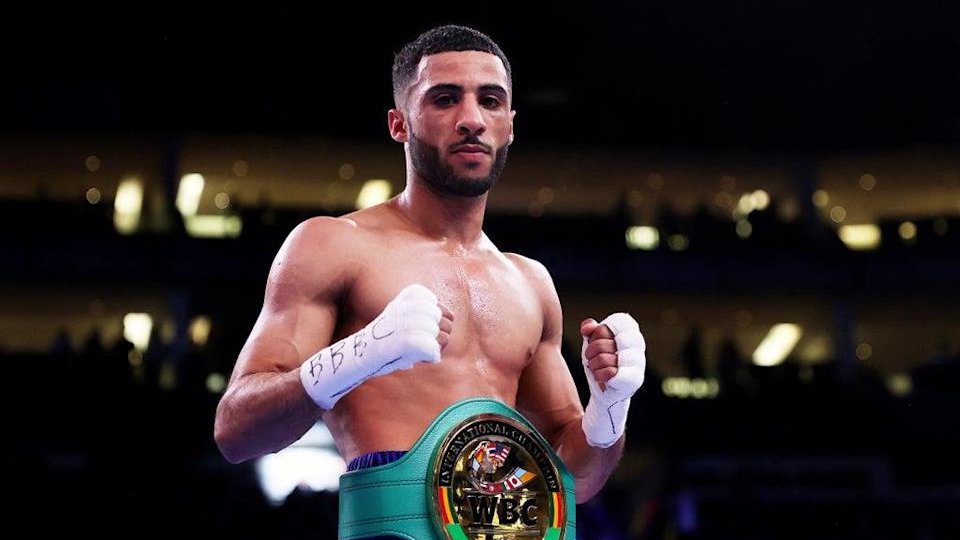 Fight fans have a treat in store this weekend with a packed card coming from the Mecca of boxing; New York’s Madison Square Garden.

Eddie Hearn for Matchroom Sports presents a competitive programme featuring Katie Taylor’s long-awaited bout against Amanda Serrano when no fewer than four versions of the female lightweight world title will be decided.

That bout serves as the main event, and it’s backed by a strong undercard. One of the fights on that card features a WBC International flyweight title bout between champion Galal Yafai and challenger Miguel “No Fear” Cartagena.

Yafai is a heavy favorite for this fight, but will he back it up?

An action-packed evening will pull in a global audience with the capacity crowd in New York boosted by the millions watching on television and through live streaming apps.

All the talk focuses on the two major fights on the bill, but, in this preview, we show an interest in a fixture from the undercard that has us excited. We’ll get a chance to see a possible future pound for pound star when Galal Yafai makes his US debut when taking on Philadelphia’s Miguel Cartagena.

The WBC International flyweight title will be awarded to the winner of this 10-round contest, catapulting one gladiator up through the rankings, increasing their chance of challenging for a world title this year.

Both fighters will enter the ring believing they have the skills and strength to win this bout, and that will make it a fascinating watch from the opening bell.

Yafai v Cartagena won’t receive as much hype as some other bouts on the programme this week, but at the end of the contest, we are sure this clash will be in the running for fight of the night.

Who will come out on top? That remains to be seen at this stage, but we are here to help you solve the puzzle. We love boxing, and we love the main events, including last week’s huge knockout win for Tyson Fury over Dillian Whyte at a 90,000 strong Wembley Stadium in London. Experienced fight fans share our enthusiasm for the main events but know there’s often more betting value to be found on the undercard.

When you are gambling on the major fight, you are trying to predict how a contest will go. That’s difficult enough for most boxing lovers, but it’s even more challenging to find the betting value as there’s so much attention on the top of the bill or chief support.

When flicking through the undercard, you’ll often fight a gem that has been overlooked, and that seems to be the case with Yafai vs Cartagena. This is a fight well worth betting on, and there are glimmers of value.

Yafai is a fighter in a hurry

You would be forgiven for not knowing too much about British flyweight Galal Yafai as this is only his second outing as a professional boxer.

The man from Birmingham, England, enjoyed a glittering amateur career for both England and the United Kingdom before trading the vest for a professional contract.

He will go from the top of his game in the unpaid ranks to a contender in the pros, but his management team are so confident that Yafai will be a star that they are happy to rush him through. This is similar to what was done with Vasyl Lomachenko in the early part of his career.

This will be just his second fight as a pro, but Yafai already finds himself ranked in the top 100 in the world and the top six in the UK. A win here would change all that as it would bag him a respected title and show he’s good enough to be fast-tracked towards the big time.

But why are handlers including Hearn in such a rush with their former amateur star? Surely they have time on their side to ease him into the game. Well, not exactly.

Yafai is already 29 years old, and, for a flyweight, that’s pushing it a bit. Yes, he appears to have all the talent in the world, but connections are already fighting against the clock. Thankfully, they appear to have found a great fight for him in the US, one that he is good enough to win and get his career moving.

If he does as expected here and claims victory, you can expect to read and hear a lot more about this pocket rocket in 2022.

Galal made his debut at the O2 Arena in London two months ago when fighting on the undercard of Lawrence Okolie v Michal Cieslak. Despite that being his debut, Yafai boxed Mexico’s Carlos Vado Bautista in a bout scheduled for ten rounds but was over inside five. Yafai hit the ground running that evening and will be eager to pick up where he left off.

Another night off for the judges

He still has many of his amateur traits, but the gap between the amateurs and professionals in terms of style and quality is shrinking all the time. Yafai had no problems with the increase in rounds, moving from three as an amateur to finish his debut inside five.

He’ll be fit enough to fight ten rounds on Saturday, but the judges won’t be required. Back another KO/TKO win for Yafai in the second half of the contest, similar to what we witnessed from him in London.

Cartagena is an experienced pro with a record of 17 wins against six defeats and one draw. He has eight KOs on his CV but has already been stopped three times himself.

No Fear arrives on the back of a two-fight winning run, but those are his only victories in six bouts, and he’s won only five of his last dozen visits to the ring.

It has been a miserable month for the Seattle Mariners, and things are unlikely to get any better tonight as they welcome AL Cy Young Award favorite Justin Verlander and the Houston Astros to T-Mobile Park. After just missing out on the MLB playoffs last season, the Mariners entered this season with hopes of finally END_OF_DOCUMENT_TOKEN_TO_BE_REPLACED