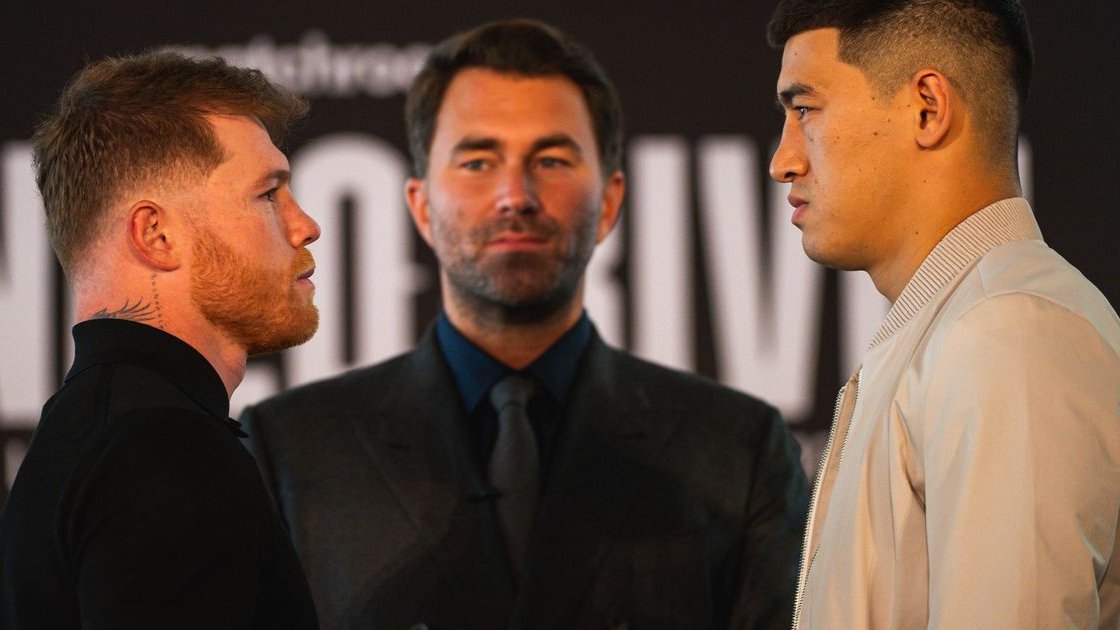 One of the greatest fighters of our generation returns to action this weekend when Saul “Canelo” Alvarez challenges Dmitry Bivol for the WBA light heavyweight world championship.

Millions around the world will tune in to Saturday night’s fight to see if the Mexican can add another world title to his already impressive haul of belts.

The betting says he will do it in style, but in Bivol, he faces a champion who has worked hard for his title and isn’t about to give it up without a fight.

When and where is Canelo vs. Bivol taking place?

The fight will take place on Saturday, May 7, at T-Mobile Arena in the Las Vegas area.

What time is the Canelo vs. Bivol fight?

How can I watch Canelo vs. Bivol?

In the United States, you can watch the fight via DAZN PPV. The package costs $59.99 for current DAZN subscribers, while the cost for non-subscribers is $79.99.

Canelo vs. Bivol Fight Odds (As of Saturday, May 7)

This professional boxing contest scheduled for twelve rounds of three minutes apiece comes from the T-Mobile Arena in Las Vegas as the thousands of supporters lucky enough to bag a ticket flock to the venue.

They know a fascinating contest awaits as Canelo returns to light heavyweight, but the majority of those in attendance will be there to see a pound for pound living legend do what he does best. This promises to be a special night and an all-action performance from the champion and challenger from the opening bell.

How to bet on Canelo vs. Bivol

Due to Canelo’s billing as the best pound-for-pound boxer in the world, this fight will draw considerable interest from viewers and bettors alike.

You can count on sportsbooks to provide a wealth of betting options for major events, and the Canelo vs. Bivol bout is no different. If you so choose, you can focus on betting on just the outcome of the fight, but many other options will be at your disposal.

Among the available specials offered across our top recommended sportsbooks are method of victory, total rounds, knockdown specials, whether the fight will go the distance, and much more.

For example, if you are interested in betting on the odds of either fighter winning the fight after being knocked down, you can find that at FanDuel. Also, along with betting on which round the fight will end, you can even bet on which minute it will end.

Whatever you choose to bet on, there’s a market that will suit your style of betting and help add a little extra spice to Saturday’s big bout.

Canelo travels to Sin City with a professional record consisting of 57 wins and two draws against one defeat, with 39 of those wins coming inside the distance.

The only blot on his card was inflicted by Floyd Mayweather back in 2013 when Canelo was still quite raw and inexperienced, certainly compared to most of Money Mayweather’s other opponents at the time.

Despite testing himself against the greatest fighter of his era, Canelo lost only by a majority decision, although most felt he was rather fortunate to get that close.

Since losing to Floyd, we have seen Canelo go from strength to strength. He has beaten some greats of the game, including Miguel Cotto, Amir Khan, Julio Caesar Chavez Jr, Gennady Golovkin, Sergey Kovalev, Callum Smith and Billy Joe Saunders.

Smith and Saunders had been handpicked by pundits as the toughest tests available to Saul, but he passed them with flying colours, beating Mundo on points and stopping BJS in devastating fashion. It’s unlikely the latter will fight again after suffering a horrific broken eye socket during that contest, such as the brutality of the fight.

We last saw Alvarez beat Caleb Plant in round 11 late last year, dropping the beaten man twice before Plant was pulled by the referee to save him from any further punishment.

That was another statement from the Mexican who now returns to light heavyweight, knowing he has fought and beaten every name of worth at super middleweight. Yet he continues to seek out challenges, even when there doesn’t appear to be any.

Bivol has been written off

Despite being a current world champion with a 19-fight unbeaten record and near 60% KO average, Bivol has been written off by the bookies and most boxing fans.

The thinking is he will be in Vegas to provide his superstar opponent with a test but end the night handing his belt over to the Mexican. The bookies aren’t often wrong when it comes to boxing, but they aren’t always right.

Looking through the champion’s stats, we note that his last seven fights have gone at least 12 rounds, and he hasn’t stopped an opponent in over four years.

He is the naturally bigger man in this bout but doesn’t appear to have the kind of power needed to keep his opponent at bay, discouraging him from walking forward and getting his own big shots off. That’s where the problems will stem from for Bivol.

We are backing Canelo to take his time, wary of his heavier opponent in the opening rounds. He’ll rely on smart boxing and a watertight defence to win this and take the belt back to Mexico, laying it in the heap he already has.

Back Alvarez to win by knockout in the later rounds.

The 2022 French Open is underway at Stade Roland Garros in Paris, France, and we are already almost through the first week of play. Tomorrow, the remaining third-round matches will take place, after which the men’s and women’s singles draws will be down to their final 16 contenders. In both men’s and women’s singles, there END_OF_DOCUMENT_TOKEN_TO_BE_REPLACED