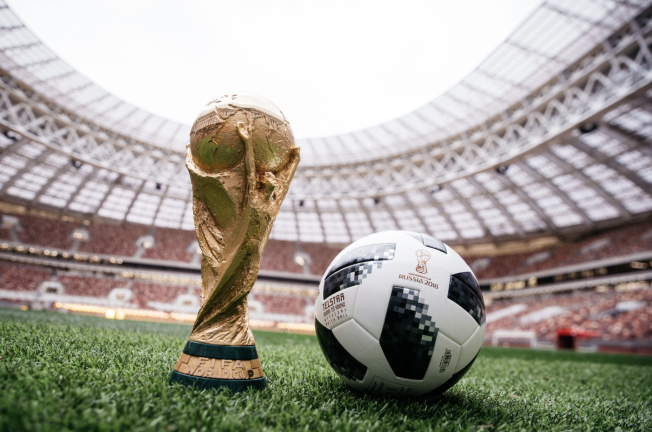 Poland are arguably strong contenders to be World Cup champions this year. Currently 8th in the FIFA World Rakings, Poland are just a step down from their best spot (7th in 2017) since the inception of the FIFA World Ranking system. The Polish have achieved new heights since they last qualified for the World Cup finals in 2006, most notably an impressive UEFA Euro 2016 campaign where they made it to the quarter finals and, in one game, beat reigning world champions Germany. This was Poland’s best performance at a European Championship to date.

It was an inspired Columbia that surprised the world in the 2014 World Cup. After their last participation in 1998, the Columbians reached the quarter finals in the 2014 games where hosts Brazil ended their dream run. They’ll be fielding a largely unchanged side this year and hopefully (for the team and their fans) they can top, if not match, their best performance yet.

It’s been 16 years since Senegal’s last World Cup. In what was their maiden season, Senegal impressively made it to the quarter-finals, the third African nation to have ever done so. The 2018 games will be Senegal’s 2nd World Cup participation in history and, with a bit of luck, they’ve managed to dodge the tournament’s big(er) guns in the group stage.

Japan have consistently been World Cup qualifiers since 1998 (including automatic qualification as co-hosts in 2002). If you’d follow the pattern of their finishing places since 1998, history would suggest that they’ll make it to the Round of 16 in Russia. Japan topped fellow qualifiers Saudi Arabia and Australia in Group B of the AFC World Cup qualifying games.

Adam Nawalka’s first coaching encounter with the Poland national football team came in 2007-2008 as an assistant to Leo Beenhakker. From then Nawalka coached Polish First League club GKS Katowice and Ekstraklasa club Górnik Zabrze before finally being assigned the national team head coach spot in 2013. Poland has a win ratio of 53.19% with 25 wins, 15 draws and 7 losses in 47 games under Nawalka.

Aliou Cissé is once again making history with Senegal. In the 2002 World Cup, Cissé played for and captained the Lions of Teranga where they reached the quarter finals in what was their first World Cup inclusion. Now, he leads Senegal as coach. At the managerial helm since 2015, Cissé led Senegal to an unbeaten World Cup qualifying phase, winning 4 and drawing 2 of 6 games, topping a group that included Burkina Faso, Cape Verde, and South Africa.

Argentinian coach José Pékerman will once again be leading Columbia to the World Cup. Pékerman’s World Cup record includes leading Argentina to the quarter finals in 2006 and Columbia to the same in 2014. Also known for his successes with youth teams, Pékerman has won 2 South American Youth Championships and 3 FIFA U20 World Cup titles all with the Argentina U20 team. Pékerman has also been voted South American Coach of the Year for 3 consecutive years (2012-2014).

Despite a successful qualifying campaign with Japan, Vahid Halilhodžić lost his post as head coach after a 4-1 defeat against South Korea in the 2017 East Asia Cup. Unaware of the rivalry between the 2 nations, Halilhodžić praised the performance of the South Koreans which didn’t sit well with the Japanese public and ultimately led to his dismissal. In April 2018, Akira Nishino was appointed manager of the Samurai Blues and will be leading them in the 2018 World Cup.

By now you should’ve heard that Cristiano Ronaldo wasn’t the top goal scorer in the World Cup qualifiers; it was Polish striker Robert Lewandowski. Poland’s all-time leading goal scorer and team captain found the back of the net 16 times in 10 appearances. Lewandowski’s personal achievements include: Polish Footballer of the Year (2011 – 2017); Bundesliga’s Top Goalscorer in 2013-14 (20goals), 2015-16 (30 goals) and 2017-18 (29 goals); Bundesliga’s Player of the Year (2016-7) UEFA Euro 2016 qualifying Top Goalscorer(13 goals).

Also, keep an eye out for Polish attacking midfielder Piotr Zielinski and, if fit, striker Arkadiusz Milik. Both ply their trade in Serie A club Napoli.

Senegal will have a familiar face in Sadio Mané. Fast, strong and skillful, the 26-year old winger has been stellar in every club he’s been, garnering 105 career goals in 258 appearances. Currently with Liverpool, Mané remains the most expensive African player in history after his £34 million move to Anfield in 2016. For country, Mané has a total of 14 goals in 49 appearances.

Emerging from FC Barcelona’s youth academy, Senegal’s 23-year old Keita Baldé has slowly been making a name for himself. Baldé established himself in the regular starting lineup of Serie A side Lazio in 2016-17 where he scored 16 goals in 34 appearances for the club. He transferred to Monacco on August 2017 for a reported fee of €30 million and has since scored 8 goals in 23 appearances for the Ligue 1 club. The youngster will be looking to impress in his World Cup debut.

Colombia fans will be hoping their reigning Golden Boot winner James Rodriguez can replicate the same form he had in the 2014 World Cup. The 2-time FIFA Club World Cup winner with Real Madrid is currently on Loan to 2017-18 Bundesliga winners, Bayern Munich.

Colombia will be captained by all their all-time top goalscorer Radamel Falcao who plays his professional football in Ligue 1 side AS Monaco. Falcao has a career total of 260 goals in 439 club appearances and 34 goals in 86 appearances for country.

Forward Shinji Okazaki (Leicester City), midfielders Shinji Kagawa (Borussia Dortmund) and Keisuke Honda (Pachuca), and defender Maya Yoshida (Southampton) have collectively scored 126 goals for Japan. The good news is, they will all be featuring in the 2018 World Cup.

Colombia. But I’m rooting for the Samurai Blues.

Poland. Poland are at their best right now.

Senegal. They’ll be more aggressive this being only their 2nd World Cup and all.

Poland. Still at their best.

Poland. It’s just an advantage all around for Poland.

Senegal. The entire midfield plays in the English Premier League. Perhaps some form of team chemistry there.

Poland and Senegal to make it through to the Round of 16.