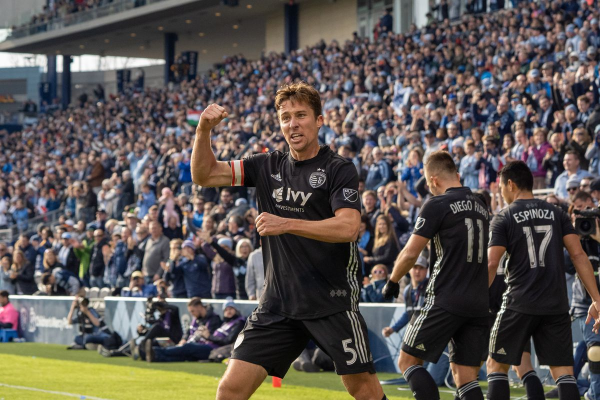 The MLS weekend concludes Sunday night when the Columbus Crew host Sporting Kansas City. This is a tight game, with Columbus getting a +141 money line, slightly better than KC’s +175. Meanwhile, a draw is set at +243.

Sporting Kansas City hits the road this weekend just two points clear of last place in the Western Conference. Since the start of April, they have just one victory, getting emphatically eliminated from both CONCACAF Champions League and the U.S. Open Cup during that time. For what it’s worth, Sporting has three draws in their last five league games, but if that trend continues, it won’t be enough to get them into a playoff spot.

Of course, Columbus is in a similar boat, sitting 10th in the Eastern Conference heading into this weekend’s action. Outside of an Open Cup win over the Pittsburgh Riverhounds, the Crew hasn’t been victorious since May 8. Prior to that, their last win came on April 6, so league wins have been few and far between for Columbus this season.

The biggest problem facing Columbus heading into this game is who won’t be available while on international duty. Gyasi Zardes, the team’s leading scorer, and Will Trapp, the team’s rock in the midfield, are both with the United States National Team at the Gold Cup. Columbus has also said goodbye to goalie Zack Steffen, who is on his way to Manchester City after he completes his international duties at the Gold Cup.

The absence of those three players creates a massive hole in the Crew’s lineup, especially for a team that is still adjusting to Caleb Porter in his first season coaching in Columbus. The problem is that Zardes, Trapp, and Steffen play different positions, so the Crew is taking heavy losses all over the field. Even against a weak Kansas City team, there are serious questions about who on the Crew can step up.

Part of Sporting KC’s problem in getting positive results in recent weeks has been about their health. The club has dealt with an almost unfair number of injuries this season. Recent defections for international duty haven’t helped matters either. However, KC is slowly but surely getting key players healthy and seeing players return from their national teams.

That being said, center back Matt Besler remains questionable to play Sunday with a hamstring injury. Sporting’s captain hasn’t played since the end of May, and the team has allowed seven goals in the three games they’ve played without him since then. Needless to say, Kansas City is suspect defensively without Besler on the field, which could make things a little easier for Columbus, even with Zardes unavailable.

Nothing to See Here

This isn’t the most intriguing game if you look at the standings, but it’s a chance for both teams to pick up three points against one of the weaker teams in the league. Unfortunately, it’s hard to see either side being able to conjure up a strong performance. Columbus will be weakened by their absences, but not enough to lose at home. Bet on the Crew and Sporting KC playing to a draw.