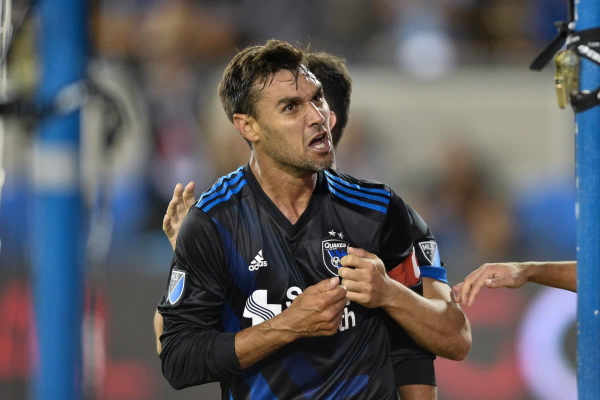 Friday’s MLS action concludes with a California Clásico between the San Jose Earthquakes and Los Angeles Galaxy. As the hosts, the Galaxy are -108 favorites to win this rivalry game. However, the Earthquakes are listed at +246 to win with a draw set at +284.

At this point in the season, San Jose finds itself in the thick of the Western Conference playoff race. With 28 points, the Earthquakes are in sixth place but have only a two-point cushion over Real Salt Lake, which currently sits outside the playoff picture. The Quakes managed a huge win over Salt Lake last weekend and will be looking to build momentum off that win.

Of course, the Galaxy look rather comfortable in second place in the Western Conference. They would like to catch intra-city rival LAFC, but they have a nine-point gap to make up. Los Angeles should perhaps be more worried about Seattle or Minnesota catching up to them and causing them to tumble a few spots in the standings. The Galaxy would also like to avenge a 3-0 loss to San Jose less than two weeks ago.

Despite this being a huge rivalry game, the Galaxy have to worry about looking ahead to next week’s rivalry game with LAFC. It probably doesn’t help that both Chris Pontius and Sebastian Lletget are listed as doubtful, possibly depriving Los Angeles of two of its regulars. Winger Romain Alessandrini will also miss the game due to injury, hurting the Galaxy’s depth.

On the bright side, the likes of Jonathan dos Santos, Uriel Antuna, and Giancarlo Gonzalez have all returned from international duty at the Gold Cup. Whether all will be fit to start and play 90 minutes is another story. The Galaxy could certainly use the offensive punch that Antuna or dos Santos could provide rather than relying on Zlatan Ibrahimovic to provide all of their offense.

Do the Same Thing

For San Jose, the question is whether it can replicate the success it had two weeks ago in its 3-0 win over the Galaxy. They struck early in that game, scoring in the 11th minute and holding onto that lead before adding two more after the 80th minute when Los Angeles was pushing to get back in the game. Of course, the game was a little more competitive than the final score indicates, so the Quakes shouldn’t expect an easy game.

One thing to watch for San Jose is the six-game scoreless streak for striker Chris Wondolowski. Despite having eight goals on the season, half of those goals came in one game back in May. He also began the season with no goals in his first 10 appearances. San Jose has enough other scoring options, not to mention playmakers like Cristian Espinoza and Magnus Eriksson, but it’d be great for Wondo to snap out of his slump in such a big game.

The Galaxy still aren’t at full strength heading into this game. But their 3-0 loss to San Jose two weeks ago will keep them from looking ahead to next week’s showdown with LAFC. The home crowd will also spur them to get redemption for that loss. Bet on the Galaxy to beat San Jose on Friday night.