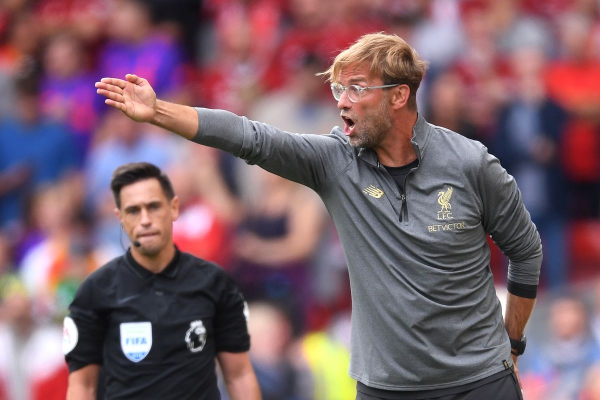 Last week went very well from a betting perspective. The big tip of the week won moderately comfortably at a good price of more than a 100% return, and the smaller bet only went down due to a red card. As that is something unpredictable and saved the home side from an opening day defeat, we take it and we move on! Week 2 throws up some interesting matches in the EPL, but with a lot of the games being top 6 clubs vs bottom 8 club, the odds are not great. There are still some bargains to be foun, however, so let’ss start with….

Game Of The Week – Brighton vs Manchester United (19th August)

Manchester United kicked off at home with a 2-1 win against a good Leicester team, in a solid win for the Red Devils. Whilst looking a bit complacent at times, this can be down to players returning from a World Cup break later in pre-season than usual, meaning the squad has had less time to gel together and become the feared unit it was at various points last year. Paul Pogba, Romelu Lukaku and David De Gea put in fine performances vs Leicester, and they will look to continue that form on the road at Brighton this week. Being a Sunday afternoon televised kick off in the UK helps the northerners, being used to being in the spotlight so early in the season for so long. They are also very good on the road, even on longer travels such as Brighton. With extra time to prepare, an extra day in the seaside resort beforehand, and playing last, they will know what they need to do to get to a perfect record after 2 games.

Brighton on the other hand started poorly. 2-0 losers to a middle side such as Watford doesn’t bode well for them this year, and with a lack of signature signings in the transfer window, the strength and depth of their squad is called in to question. what was once a moderately good defensive side has, of recent times, shown gaps and problems. Fast in attack they go against the one of the leagues speediest defenses, with Man United’s wingers and back 3,4, or 5 (depending on the game situation) all able to keep up the pace with some of the fastest of break away.

Hardly one to light up the highlight program you would assume, both teams are not known for their scoring prowess. With West Ham bottom of the table after a 4-0 defeat to high flying Liverpool and Mo Salah’s world-class performances, they are going to look to shore up their defensive performance this week vs a side that usually looks to do the same themselves. Bournemouth made a historic rise to the EPL over the last few seasons, being in the third division quite recently and getting promoted 4 times to rise to the top footballing league in the world. Their manager EddieHowe is nothing short of a miracle worker, but away from home Bournemouth are a defensive minded team, as their home stadium is a smaller friendly stadium, they take their chances in games on their home ground.

The draw in the match is nicely prices at 5/2 on most sites, remarkably with Bournemouth being almost 3/1 to win the game. The draw is a good bet here, but taking “Draw or Bournemouth win” at -125 isn’t a bad bet either, hedging for a side with a 100% record vs a side with a 0% record and management issues.

Overall its not a great week for some obvious bets, so sensible bettors are following the good priced away favourites this weekend. Or take up knitting. Up to you.