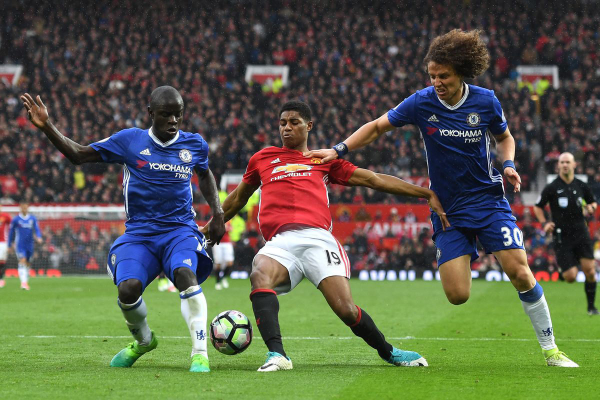 The biggest league in the world is back. The EPL returns, welcoming 3 new clubs into the fold; Cardiff City, Wolverhampton Wanderers, and Fulham. Taking on the most represented league at FIFA World Cup 2018 is a tough ask, and for that reason, betting opportunities rise throughout each week where profit can be found. Week 1 is always tough, with no history, no season data, new clubs wanting to make an immediate impact in their quest for survival, and the perennial league leaders and top teams battling it out for another glorious season. Let’s take a look at  a couple of games this week which are the best betting opportunities.

With the new season comes two well placed managers to make a move this season. Rafa Benitez at Newcastle has done a great job in his time in charge, guiding the magpies back to the premier league after 1 season in the lower division. With a makeshift squad at times last year, he led them to safety with consummate ease, finishing in the comfy palace of mid table mediocrity. But look a little deeper and you see severe issues in attack. Only scoring 39 goals all season, which is 38 games, Newcastle need to add firepower to maintain their position in the richest league in the world. However, this off season, they have not brought in much in the way of a goalscorer, or even a great midfielder. They will try and stay up again with a cheaper squad, with owner MikeAshley going as far as alienating his players by offering the lowest performance bonuses in the league. What a way to motivate your players eh?

On the other side of the table, Tottenham boast a world class striker in Harry Kane. A world class manager in Pocchetino. A fantastic defense, boasting Toby Alderweireld, Kieren Trippier, Danny Rose, Jan Vertonghen. A sharp and swift midfield, with England ace Dele Alli, Danish legend Christian Erikson, and defensive midfielder and England star Eric Dier. What can go wrong this year as they search for a maiden premiership win? Probably quite a lot. Other teams have more depth and more quality, but in this game, we look heavily at Spurs to get their account started win a win. Take odds of +110, or 11/10 for the UK bettors. This is the bet of the week.

Manchester United vs Leicester (Friday 10th August). The days of Old Trafford being a fortress remain, but mainly due to the structure its self, not the team playing there. LeicesterCity have a good side of youth and a solid defense, and can go to the theater of dreams and maybe snatch a point. This result happens enough of the time to make the pricing in this game a little off, as Manchester United are favored at -150, or 1/2, but the draw looks good value at +320, or 4.20 (17/5). This result is a slight shock to call, but the odds here are too heavy for a home side with problems. They may win, but not enough to make taking them profitable. Fade the home side in this one, as much as that pains me to say as a Manchester United fan.

Wolverhampton vs Everton (Saturday 11th August).  New boys Wolves get a home opener against an Everton side who are looking for momentum. However this is an Everton side with more depth, more defense, good young strikers and, above all, a legacy in the Premier League. Wolves may be nervous, and are somehow favourites even though they were just promoted. I can see value in taking Everton to take this one, maybe 1-0 or 2-1, and the odds are there for this kind of bet. At Bet365 you can get +240, or 5/2 almost, on the away win. Its a confident punt, but still a punt none the less.

When it comes down to it opening week can throw some crazy results, just look at Blackpool in their maiden season in the EPL, 4-0 winners and top of the table after week one, but with Tottenham and Everton at such great prices, I am taking that as a double away win and getting odds of over +610. A $10 bet here would return $72 at most good sites. More value can be found by having a look at some of the sites below.