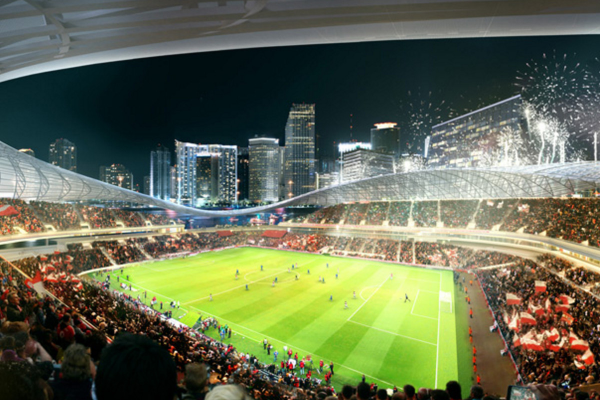 It could very well be a weekend full of table movement in the MLS. Here’s how key games can affect table rankings in the league.

Atlanta FC, with 48 points, are top of the MLS Eastern Conference table, and of the entire league for that matter, but the New York Red Bulls (2nd) and New York City FC (3rd) are too close behind for comfort – both with 47 points each. Atlanta FC (-182) need a win against Columbus Crew SC (+420) to stay on top. A draw for Atlanta (+310) won’t be enough to keep either New York team from taking pole position if any of them win.

If Atlanta slip and both New York teams win, The Red Bulls move up to the top of the conference and league tables unless NYC FC win by a landslide and beat the Red Bulls on goal difference. With the current goal difference at 5, that’s highly unlikely. At best, NYC FC will be in 2nd place after the weekend.

As appealing as first place sounds to the New Yorkers, their rival teams also have a lot riding on the line. Philadelphia will need the win to secure their place in the top 6 – for MLS Cup eligibility – while Vancouver are battling for a place above the playoff line. More on Vancouver later.

The Philadelphia Union, currently sitting 5th in the MLS Eastern Conference table, have Montreal Impact and New England Revolution close on their tail. Union and Impact are tied on points at 30 each and are separated only by a goal difference of 3. At 7th, the New England Revs have 29 points.

Only a win guarantees that Union stay above the playoff line. A draw (+240) or a loss to NYC FC leaves their fate to Impact and the Revs. With Union’s current points, even a draw (+280) for the Revs (+310) against DC United (-133) will be enough for the Revs to overtake Union. Fortunately for Union, the odds are against the Revs.

Still assuming Union’s points don’t move, everything now rests on Impact. Any result other than a loss and Union are out of the top 6. Montreal Impact (-161) will be facing Chicago Fire (+370) who are currently at the bottom of the Eastern Conference Table. Impact are favorites to win this match. No pressure for Philadelphia Union.

A Draw Will Be Enough

FC Dallas is on top of the WesternConference with 42 points but are quite behind Eastern Conference leader Atlanta United for the Supporters Shield. A win for FC Dallas (-270) against Minnesota United FC (+600) will bring Dallas up to 45 points. Even then, Dallas remain behind both New York teams who are currently tied at 47 points. A draw (+380) for Dallas will be enough to keep them at pole position even if Sporting Kansas City (Wizards) and Los Angeles FC (LA FC) win their respective matches.

Back to the Vancouver Whitecaps; for them, it’s a battle for a spot at the playoffs. With the help of Houston Dynamo, winning against the Red Bulls can move the Whitecaps up and into the top 6 of the Western Conference.

A win for Houston Dynamo (-192) vs Real Salt Lake (+420) will drop Salt Lake to 7th and bring the Whitecaps up to 6th. Dynamo has the odds going for them, so it’ll be up to the Whitecaps to claw their way up.

Betting on the Unlikely

Here are a few interesting scenarios:

If the Sounders win against Galaxy, which looks likely given their current form, Salt Lake loses and Vancouver get no more than a draw, The Seattle Sounders leap to the 6th of the MLS Western Conference.