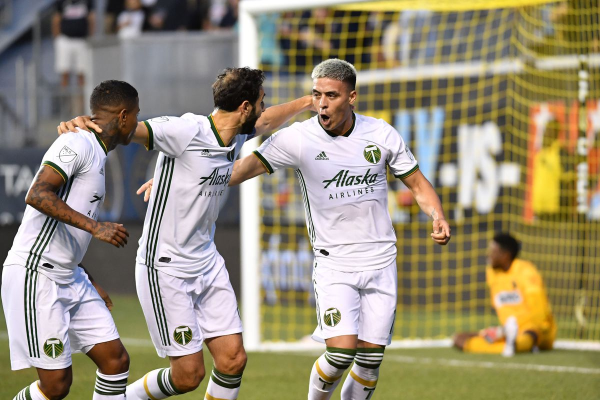 The weekend concludes with a late-night MLS contest Sunday between the Portland Timbers and FC Dallas. At home, the Timbers are favored with a moneyline of -169 compared to FC Dallas at +397. Meanwhile, a draw is set at +419.

FC Dallas is hoping to finish what has been a productive month of June with a win. While they got knocked out of the U.S. Open Cup by New Mexico United, Dallas has had two wins and two draws in their four league games this month. With 26 points, they are in a good position to earn a playoff spot in the Western Conference. However, they have to keep it going, especially after a disastrous month of May.

Meanwhile, the Timbers sit dead last in the Western Conference, taking just 17 points from 15 games. That being said, Portland has won three of its last four games across all competitions, including a pair of 4-0 wins. Last weekend, Portland blasted Houston 4-0, only to have a midweek setback when they traveled east to face Montreal. Back in front of their home crowd, the Timbers will be looking to get back on track quickly.

A big reason for Portland’s midweek loss is that they rotated their squad and featured many young players, many of whom put together a solid performance despite a few small periods where they let the game get away. However, the starting 11 for Sunday’s game should be a lot closer to the first-choice players, despite Andy Polo being away on international duty and several players missing due to injury.

The Timbers will still field a team that will look a lot different from the one that lost to FC Dallas earlier this season. The biggest difference has been Brian Fernandez, who has played four games with Portland and already scored five goals. Diego Valeri is also a dangerous player to watch in an attacking midfield role. Those two have instantly clicked and are a big reason why Portland has scored 16 goals in their last six games.

While the Timbers pose a different kind of threat than they did earlier this season, FC Dallas will still look to play to its strengths on the road. The Toros excel in possession, preferring to make short passes, which may be able to help them lull Portland to sleep and perhaps even take the home crowd out of the game. If they can do that, the hope is that the likes of Jesus Ferreira and Paxton Pomykal can provide the final product.

Of course, FC Dallas at times can be vulnerable on the counterattack. While they are typically comfortable in possession, if they give it away, the Timbers may be able to hit them in transition. Midfielder Carlos Gruezo and right back Reggie Cannon are away on international duty, so the Toros won’t be at full strength and could miss Cannon’s speed when it comes to defending the counterattack from Portland.

The standings say Portland is in last place, but they’ve come on strong after a poor start to the season. They also boast a raucous home crowd, which will help against an FC Dallas team that has struggled away from home this season. Bet on the Timbers to hold serve at home and win on Sunday.