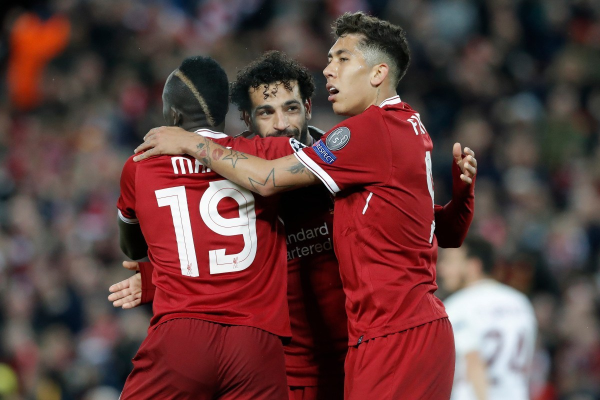 Something that has seemed inevitable for weeks is now official: the Premier League title won’t be decided until the last day of the season. Liverpool got a stiff challenge from Newcastle over the weekend but came out on top with a 3-2 win, temporarily taking over first place with 94 points, two ahead of Manchester City’s 92 points. City will play Leicester City on Monday. Regardless of that result, the title won’t be decided until Sunday when Liverpool hosts Wolverhampton and Man City plays at Brighton. As it stands, Manchester City controls its own destiny. If they beat both Leicester and Brighton, they will win back-to-back titles.

Unfortunately for Liverpool, they appear to be limping to the finish line. Midfielder Naby Keita was lost to injury in the first leg of last week’s Champions League semifinals to Barcelona. He will miss two months of action, including the Africa Cup of Nations this summer. Roberto Firmino is also questionable to play Tuesday against Barcelona and Sunday against Wolverhampton, although there is some hope he’ll be able to play. Finally, Mohammed Salah’s status is up in the air after he was stretchered off during the Newcastle game with a head injury.

The End of the Line

Despite fighting hard, Cardiff City became the third and final team to be relegated from the Premier League this season. The Bluebirds lost 3-2 to Crystal Palace over the weekend, ending any hope of survival heading into the final match day. Oddly enough, Cardiff matched both Brighton and Southampton with nine wins on the season. However, those other teams were both able to work out a few more draws and a few fewer losses to make the difference.

The cluttered race for top-4 is almost complete. With four teams contending for the final two spots down the stretch, Chelsea was the only team to win this past weekend, knocking off Watford 3-0. With the three points, the Blues clinched a Champions League spot for this season regardless of whether or not they win Europa League this year.

Meanwhile, Spurs have almost clinched despite losing to Bournemouth on Saturday with nine men on the field for most of the second half. Spurs lead North London rival Arsenal by three points, and the only way they can miss out on Champions League would be to lose and have the Gunners make up eight points in the goal differential battle, a scenario that would be borderline insane.

After a draw with Brighton on Sunday, it looks like Arsenal is out of the running for top-4. Finally, Manchester United was eliminated from contention following their 1-1 draw with last-place Huddersfield. On the bright side, Arsenal has a chance to reach Champions League by winning Europa League. Man United, meanwhile, will be officially banished to Europa League next season, something manager Ole Gunnar Solskjaer described as the “right place,” adding that his club had a chance to reach the top-4 when others had written them off as having a chance.

For all the flack Maurizio Sarri took in his first season at Chelsea, he did get the club to Champions League in addition to currently playing in the Europa League semifinals. However, none of that matters to captain Gary Cahill, who blasted the Italian manager this weekend. Cahill is upset at not having played since November after Sarri publicly stated the veteran center back wasn’t technical enough to play Sarri’s style of possession-based soccer. Cahill is most upset that Sarri has never discussed the situation with him. Needless to say, he is set to leave the club this summer.

Give It Up for the Kid

A little piece of Premier League history was made over the weekend when Fulham’s Harvey Elliot became the youngest player to appear in the Premier League. The midfielder was just 16 years, 30 days old when he came on as a sub against Wolverhampton. He broke the record of 16 years and 65 days set by Fulham player Matthew Briggs in 2007. Elliott appeared earlier this year in a Carabao Cup game when he was still just 15. Of course, if he plays for Fulham next season, he’ll be doing so in the Championship, not the Premier League.