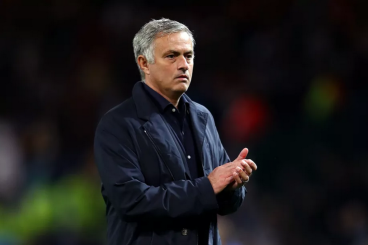 Unfortunately, we were all forced to deal with a weekend without Premier League soccer due to the international break. However, there was still a lot of news involving Premier League characters. Let’s check out all of the top headlines from the past week.

Anyone hoping that Jose Mourinho would fade into the background after his unceremonious exit from Manchester United is out of luck. This past week, Mourinho claimed that he has said no to “three or four offers” since United gave him the boot. However, the Portuguese manager says he’s planning his next move and wants to be with a new club in June so he can have a full preseason to work with his new players. Of course, whether he returns to England remains to be seen. It’s possible that his old club Chelsea will have an opening and entertain the idea of bringing back Mourinho. Benfica and Inter Milan have also been reportedly targeting Mourinho.

Speaking of Manchester United managers, current caretaker manager Ole Gunnar Solskjaer is reportedly ready to hold talks with the club about becoming their permanent manager. United has been in no rush to do anything about their managerial opening, but recent reports indicate they are getting ready to commit to Solskjaer as their full-time manager even after his run as caretaker ends.

Also on the Manchester United front, the club continues to struggle with injuries, even during the international break. Marcus Rashford is still dealing with an ankle injury, which is why he was sent home from England camp last week. England boss Gareth Southgate didn’t believe Rashford was fit enough to play for the Three Lions this week. At Belgium camp, it was a similar story with Romelu Lukaku. The United striker didn’t play for his national team on Thursday and then did not travel with the team for their upcoming game against Cyprus due to a foot injury. It remains unclear whether Rashford or Lukaku will be able to play for United this weekend against Watford.

There were plenty of transfer rumors popping up during the international break, including a report that Manchester City is close to securing a deal for Saul Niguez this summer. The 24-year-old Spanish international, who is currently with Atletico Madrid, was apparently City’s second-choice for a defensive midfielder after Frenkie de Jong agreed to move from Ajax to Barcelona this summer. Saul will be the heir-apparent to Fernandinho in the center of midfield for Pep Guardiola’s team.

Breaking Up the Band?

With Zinedine Zidane back at Real Madrid, there are rumblings that Liverpool’s Sadio Mane has become his top transfer target this summer. Mane has actually been in the best form among the Liverpool trio that also includes Mohamed Salah and Roberto Firmino. The Senegalese international has 20 goals across 36 games in all competitions this season, including 11 in his last 11 games. Whether Mane would want to jump ship for the Spanish giants remains to be seen, although history tells us it can be difficult to turn down a club like Real Madrid when they come knocking.

Chelsea youngster Callum Hudson-Odoi is quickly making a name for himself, including getting his first international cap last Thursday at the tender age of 18. He’s now continuing to get interest from teams on the continent. The latest reports indicate that Borussia Dortmund is joining the race for Hudson-Odoi, challenging German rival Bayern Munich for the teen’s signature this summer. Hudson-Odoi is struggling for regular action at Chelsea behind Eden Hazard and Willian and will have American sensation Christian Pulisic joining the club this summer. If he leaves for a German club, Hudson-Odoi would be following in the footsteps of fellow England international Jadon Sancho, who is currently at Dortmund.

Elsewhere in English soccer, Championship club Birmingham City received a 9-point reduction in the standings as for “breaching profitability and sustainability rules.” The punishment is because the club lost $17 million per year over three straight years. Such a loss is outside of what the English Football League allows. As a result, Birmingham City will go from 13th place, just seven points from a spot in the promotion playoffs, to 18th place, just five points ahead of the relegation zone. In essence, Birmingham City has moved from comfortably mid-table to being in a relegation fight with eight games left to play.