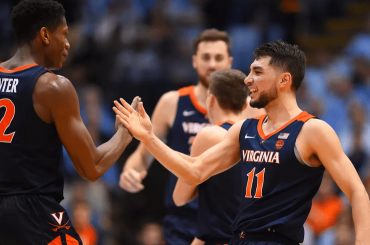 The Premier League was off this weekend for the FA Cup, but there’s always plenty of drama and headlines in English soccer. Let’s check out everything newsworthy from the past week and look ahead to the return of Premier League soccer this weekend.

As they fight on several fronts, Manchester United is experiencing the injury bug. Both Anthony Martial and Jesse Lingard are set to miss Monday’s FA Cup match with Chelsea. The Red Devils could be without each player for two or three weeks after both suffered knocks during last week’s Champions League loss to PSG. Lingard’s problem is his hamstring while Martial is dealing with a groin issue. The club expects both players to be out until March, so they will miss next week’s showdown with Liverpool and could be questionable for the return leg against PSG.

Few were surprised when Manchester United fired Jose Mourinho last month, and it’s even less surprising that they had to pay big bucks to do it. The club released information last week that the decision to part ways with Mourinho cost them in the neighborhood of $22 million. Around 16 million of that was paid to Mourinho himself, who was under contract until the end of next season. The rest of the $22 million went to members of Mourinho’s coaching staff.

Nearly two months after Mourinho was fired, United star Alexis Sanchez decided to take a shot at his former manager. Mourinho brought the Chilean international to Old Trafford in January 2018, but he hasn’t lived up to expectations and admits that he lost confidence during Mourinho’s reign. “Within the group, there was that feeling that you were in the team, then out,” Sanchez said of the club under the Portuguese manager. Of course, Sanchez is still struggling since Ole Gunnar Solskjaer took over at Old Trafford. He’s one of the few United players who hasn’t been revitalized by the caretaker manager.

Things are going well for Manchester City at the moment, although winger Riyad Mahrez hasn’t been given much of an opportunity to contribute lately. The Algerian international started and scored a late goal in City’s FA Cup win over Newport County over the weekend. However, he’s started just one Premier League match in the last two months. Manager Pep Guardiola addressed Mahrez’s lack of playing time last week, saying it has more to do with the performance of other players than Mahrez.

“We have incredible players, like for example Bernardo and Raz in top, top form and that is the only reason why, there’s no particular reason, like being upset or something like that,” Pep explained. “He is a guy we are happy with, but unfortunately I am not kind with him, in the fact I cannot give him the minutes he deserves, so I’m sorry, that’s all I can say.”

I Wouldn’t Say That

Liverpool manager Jurgen Klopp has been officially charged by the English FA for comments he made about the officiating during the team’s 1-1 draw with West Ham United earlier this month. In that game, the Reds benefited from a missed offsides call in the build-up to their goal. Klopp insinuated that match referee Kevin Friend officiated the second half of the game differently after learning about the error at halftime.

“In the second half there were so many situations — 50-50s, 60-40s or whatever — and a free-kick for the other team,” Klopp said after the 1-1 draw. “As a human being, if I would have known that I had made a big mistake in the first half [then] I don’t want to open the gap up a bit more. The refs are obviously human beings, and I understand that. In the game, I did not understand it because I had no clue that our goal was offside.”

Still Got a Job

It’s been more than a week since Chelsea’s humiliating 6-0 loss to Manchester City, but manager Maurizio Sarri still has a job and says he hasn’t spoken to club owner Roman Abramovich about his status. Those inside the club say that Sarri isn’t in danger of losing his job right now. However, falling further behind in the race for top-4 or getting knocked out of Europa League could change that. The attitude for the Blues is still Champions League or bust, so not getting there next season is likely what could cost Sarri his job.