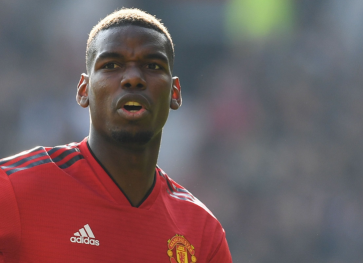 With the international break behind us, the Premier League is back for the stretch run. With mid-week games upcoming, let’s get caught up on everything that happened this past week at both ends of the table.

We’ll start things at the bottom of the table, as Huddersfield Town was officially relegated following their loss Saturday to Crystal Palace and other results. The Terriers did well to stay up last season under American manager David Wagner, but they have managed just three wins in 32 games and are going down with six games left to play. Meanwhile, it’s only a matter of time until Fulham joins them. The West London club lost to Manchester City on Saturday and have just three more points than Huddersfield, meaning Fulham will be one-and-done in the Premier League this time around.

Unfortunately for Cardiff City, they took another step toward being the third and final team relegated this season. The Bluebirds nearly took three points from Chelsea on Sunday, but with two late goals (one of which was clearly a missed offsides call), Maurizio Sarri’s team pulled off a 2-1 win. To make matters worse for Cardiff, both Burnley and Southampton won their games on Saturday. As it stands, Cardiff is in the final relegation spot with 28 points, trailing Brighton, Southampton, and Burnley by five points. The Bluebirds are also behind all three of those teams on goal differential with seven games left to play.

It’s officially a seesaw battle between Liverpool and Manchester City at the top of the table. City’s win on Saturday took them one point ahead of Liverpool temporarily. However, the Reds went back on top after a fortuitous own goal in the 90th minute gave them a 2-1 win over Tottenham. Of course, Man City still has a game in hand over Liverpool, meaning they still control their own destiny. City will face Cardiff on Wednesday before playing in the FA Cup semi-finals against Brighton next weekend. Meanwhile, Liverpool isn’t part of the mid-week fixtures but will face Southampton away on Friday.

Arguably the biggest news of the week came before the end of the international break when Manchester United finally named Ole Gunnar Solskjaer their permanent manager. Solskjaer took over as caretaker manager in December after Jose Mourinho was let go, and the club’s results have completely turned around. The former United player now has a three-year contract to manage the Red Devils, something that seemed inevitable with the way the club has played the last two months.

Changing of the Guard

Of course, now that Solskjaer is the full-time manager at Manchester United, he will have some big decisions to make this summer. There is a rather public courtship going on between midfielder Paul Pogba and Real Madrid. Solskjaer insists that Pogba is happy at the club, although the Frenchman was clearly unhappy at Old Trafford at the end of Jose Mourinho’s tenure. Fellow Man U midfielder Ander Herrera is also considering an exit this summer, as there’s a three-year deal on the table from PSG. It’s looking increasingly possible that both will leave the club this summer, leaving Solskjaer and United to hit the transfer market in a big way.

Not only has Manchester United solidified their long-term managerial future, but their short-term future is looking better as they start to get healthy. Marcus Rashford and Anthony Martial were both absent from international duty over the break, but both returned and scored goals in the team’s 2-1 win over Watford on Saturday. Minus the goals, the same is true for Nemanja Matic, Jesse Lingard, and Luke Shaw. Finally, Romelu Lukaku was fit to be on the United bench over the weekend. After enduring a rough stretch that was marred by injuries, the cavalry is officially back for United, which is great news heading down the stretch run and Champions League quarterfinals on the horizon.

As noted, both Manchester United and Chelsea won over the weekend while Tottenham suffered an unfortunate loss. Those results have all tightened things up in the race for the top-4 with Arsenal set to play on Monday. As it stands, Tottenham remains in third place with 61 points, holding the goal differential advantage over Manchester United, who also has 61 points. Arsenal, with a game in hand, and Chelsea sit just outside the top-4 with 60 points.