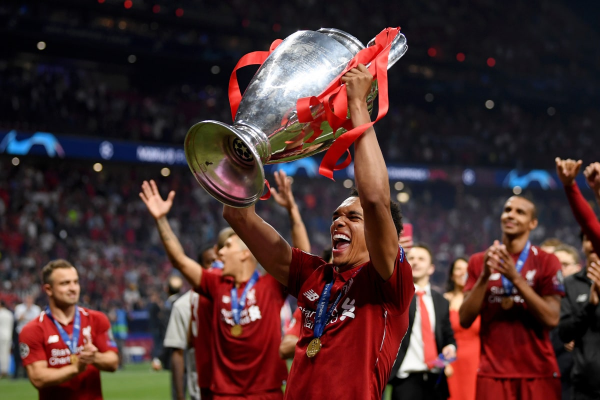 The Premier League season may be over, but this week there were two European finals involving English clubs. Plus, plenty is going on away from the field with the transfer window. Let’s check out all of the headlines from the past week.

In a game that was a little disappointing entertainment-wise, Liverpool defeated Tottenham 2-0 in the Champions League finals on Saturday. Liverpool was gifted a penalty less than 30 seconds into the game that put them up 1-0 early and changed the game. Divock Origi, of all people, added a second goal late to secure a comfortable win for the Reds. While Tottenham’s magical run came to a disappointing end, it’s fitting for Liverpool to end the season with a trophy after finishing a point behind Manchester City during the Premier League season.

Earlier in the week, Chelsea took home the Europa League title, knocking off London rivals Arsenal 4-1. Eden Hazard scored two goals in what will likely be his final game with the Blues. Olivier Giroud and Pedro also contributed goals in the lopsided win that will now force Arsenal back to Europa League next season.

Despite winning the Europa League title and finishing third in the Premier League, it looks like Chelsea is prepared to move on from manager Maurizio Sarri after one season with the club. While most would consider Chelsea’s season a success, Sarri hasn’t exactly won over the fans at Stamford Bridge. There are reports that Sarri is requesting to go back to Italy to coach Juventus. His status with the fans and Chelsea’s upcoming transfer ban are two obvious factors that appear to be pushing Sarri out. The latter could also make it difficult for Chelsea to land a high-profile replacement.

Last week, Aston Villa became the 20th and final team to earn a spot in next season’s Premier League. Villa knocked off Derby County 2-1 in the promotional playoffs final to become the third team to be promoted along with Norwich City and Sheffield United. Aston Villa lost last year’s promotional final to Fulham but didn’t miss out on their chance to rejoin the Premier League this time. The 2019-20 season will be Villa’s first time in the top flight since being relegated in 2016.

Newcastle United may be getting a new owner. Sheikh Khaled Bin Zayed Al Nahyan, a billionaire from the UAE, stated this past week that he’s in discussions with current Newcastle owner Mike Ashley and an agreement is in the works. Khaled previously tried to buy Liverpool but couldn’t complete a deal. While nothing is official, the possibility of a new owner would appear to be music to the ears of Newcastle fans.

There is great anticipation for what Ole Gunnar Solskjaer will do at Manchester United during the summer transfer window. Several players are expected to be brought into the club, with center back being a position they are likely to address. However, United’s interest in center backs like Harry Maguire appears to be cooling. Instead, the returning contingent of United center backs may get a chance to prove themselves during the team’s preseason tour. Eric Bailly, who will miss the Africa Cup of Nations this summer, is expected to return from a knee injury he suffered in April in time to play in July preseason games. He’ll fight with the likes of Chris Smalling, Victor Lindelof, Marcos Rojo, and Phil Jones, who will all be trying to prove to Solskjaer that the club doesn’t need to spend money on a center back this summer.

Add West Ham United to the list of clubs adding a goalie this summer. The Hammers have added Roberto Jimenez Gago, who served as the backup as Espanyol last season. He will head to London and presumably serve as the No. 2 for West Ham’s Lukasz Fabianski.

In the Rumor Mill

For the record, you can’t always trust Premier League rumors. However, you can’t deny that they are interesting and occasionally telling. For instance, rumors are indicating that Bayern Munich does indeed have serious interest in Manchester City winger Leroy Sane. They have apparently bid around $88 million for Sane and may be willing to go higher. Speaking of Germans, Arsenal appears willing to allow Mesut Ozil to leave as long as a club is willing to take his weekly wages of $400,000 off their books. Finally, Stoke City goalie Jack Butland is almost certainly heading back to the Premier League; it’s just a matter of what team lands him. Bournemouth and Crystal Palace appear to have the most interest. However, Stoke’s asking price of $40 million could be a potential problem for both clubs.