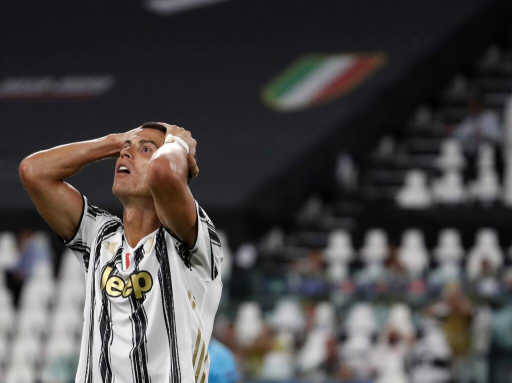 In Lisbon, Portugal, a 35-year-old soccer king is the latest to test positive for coronavirus. On October 13, 2020, the Portuguese Soccer Federation reported that Cristiano Ronaldo tested positive for COVID-19, despite showing no symptoms.

Cristiano Ronaldo has entered his isolation period, which means he will be missing the upcoming games. The Portugal coach said that Ronaldo was doing great and is dealing with the test okay. The coach also added that Ronaldo didn’t know how he got coronavirus. Cr7, one of the top goal scorers in soccer history, played in Portugal’s game against France on October 11, 2020, and against Spain last week.

The news comes a day after the Juventus forward posted a photo of him and other Portugal squad members eating a meal on a table on Twitter and Instagram. All the players sat closely at a table, and Cristiano was smiling while apparently taking the picture. In the caption, he added in Portuguese, ‘united on and off the field.”

The top scorer became the second male player after Ali Daei striker to score 100 goals for his national team. The 35-year old is not the first to test positive for coronavirus. Others top players who have recently tested for the virus include Kylan Mbappe, Neymar, Paulo Dybala, Angel Di Maria, Paul Pogba, Diego Costa, and Zlatan Ibrahimovic.

According to the Portuguese federation, Ronaldo’s test results meant more testing for the national team, but all other players tested negative. Practice before the event had to be moved to the afternoon to allow all the tests to come back.

Players insisted that they took all precautions to protect themselves from coronavirus. Yet, one of them caught the virus. Santos said that they had been tested seven times since they arrived for the national event. He added they felt terrible about it because despite taking precautions, one of them got the virus.

How This Will Affect Punters?

Ronaldo is expected to undergo ten days of isolation before interacting with other players or anyone. This means he will miss several upcoming games, which will ultimately affect punters. Cristiano’s engagement in a game of course improves chances for his team to win, while missing out could adversely affect other team members’ performance.

The formal real Madrid star is often expected to carry the load for the national team. If he fails to score, it means the odds for his team winning are relatively low. Bookmakers will have to modify several bet markets such as top scorer for the game, anytime goalscorer, and others that directly relate to Ronaldo’s performance. Punters, on the other hand, will have to look up other players who will try to fill Ronaldo’s role.

Odds provided by various bookies should also be lower for Juventus if Ronaldo is missing games, or if his performance suffers due to the virus. If you don’t think the Ronaldo loss will affect Juventus or Portugal so badly, this might be an opportunity to grab some value with either of these teams.