Maple Leafs vs. Lightning April 4 Prediction & How to Watch 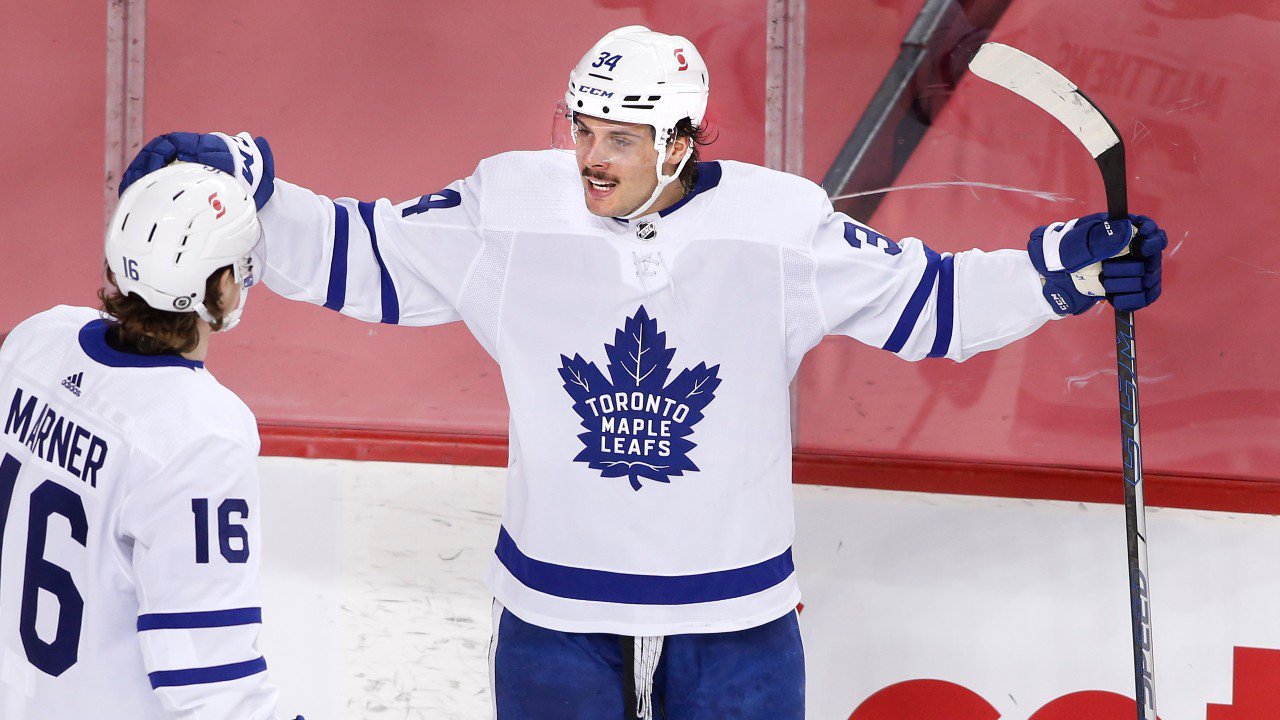 The final stretch of the 2021-22 NHL season is here with more action in store for Monday, April 4. One of tonight’s games has playoff implications as fans will be treated to an intriguing Toronto Maple Leafs vs Tampa Bay Lightning matchup.

The Maple Leafs have been hot lately, winning seven of their last 10 games — including their last four in a row. With both teams tied in the standings, a victory Monday would certainly help Toronto to create some separation.

Meanwhile, the Lightning won four games in a row before losing 5-4 in a shootout to the Montreal Canadiens on Saturday. Tampa Bay will be looking to win its third consecutive Stanley Cup this postseason and building momentum with a victory over the Leafs could be integral to that.

As mentioned before, both teams are tied in the standings, meaning tonight’s outcome could even have an effect on the Eastern Conference’s playoff odds. Having said that, here’s a preview for Monday’s Maple Leafs vs. Lightning showdown.

Some had concerns that the Maple Leafs weren’t true Stanley Cup contenders due to their recent playoff history. Things have also been inconsistent this season, however, Toronto has turned things around lately, winning its last four games.

It also hasn’t been as if the Maple Leafs have been beating up on basement-dwellers. Two of their last four wins have come over the Florida Panthers and Boston Bruins, proving that they can hold their weight in the Atlantic Division.

The Maple Leafs’ firepower has been displayed over their successful run, scoring at least five goals in each of the four games. That’s big news considering how the Lightning just gave up four in regulation to the Canadiens this weekend.

Auston Matthews and John Tavares lead their team with four goals apiece during the streak, so look for them when it comes to goal-scoring prop bets. Mitch Marner and Morgan Rielly have 10 and nine points, respectively, over that stretch, which makes them ideal candidates for props too.

When it comes to betting trends, Toronto’s increased offense has led to the total hitting the over in each of its last three games. In fact, it’s hit the over in seven of its last eight road games overall.

On the other hand, the total has hit the under in nine of the Maple Leafs’ last 13 road games against the Lightning. Despite both teams owning high-powered offense, be prepared for the possibility that they may not reach the total tonight.

Although the Lightning are the back-to-back Stanley Cup champions, nobody expected them to be third in the Atlantic Division, let alone just two points above a Wild Card spot. Needless to say, leapfrogging the Maple Leafs in the standings is the top priority tonight.

One aspect behind the Lightning’s recent success is that their power play is 8-for-16 in their last five games. Brayden Point has been great on the man advantage lately, scoring six power-play points in his last five games, while Nikita Kucherov isn’t too far behind him with five of his own.

Overall, four Tampa Bay players are playing at point-per-game paces in the club’s last five games, which is a trend that must continue if the Bolts want to thwart off the Maple Leafs.

Andrei Vasilevskiy will likely get the start between the pipes against the Maple Leafs. He’s 3-0-0 in his last three starts and although his 1.99 goals-against average in that time is impressive, his .909 save percentage is below his usual standard. That won’t cut it if the Maple Leafs’ offense continues at its current pace.

The Lightning have also failed to hit the over lately, finishing with the under in nine of its last 12 games. Having said that, the total has hit the over in each of their last three games and has the potential to do so again with the Maple Leafs in town.

Nevertheless, Tampa Bay is tough to beat at the Amalie Arena, winning 14 of its last 20 home games. It’s the first time this season that the rivals will clash there, so only time will tell who comes out on top.

While the Maple Leafs and Lightning are close in the Atlantic Division, they’re also two of the top teams in the Eastern Conference. It wouldn’t be a surprise to see either of them represent the East in the Stanley Cup Finals.

Although Toronto is currently ahead in the standings, BetMGM has given them +600 odds (No. 4) to win the Eastern Conference in the playoffs.

Meanwhile, the Lightning have the second-best odds to do so at +425. It makes sense since Tampa Bay has two Stanley Cup championships in as many years.

Having said that, the NHL Playoffs are about a month away and a victory tonight could help either team create separate in the odds race.

In what could be a potential first-round playoff matchup preview, I’m picking the Lightning to squeeze out a victory as the -135 moneyline favorite.

Although both teams have found recent success, the Lightning will likely want to make a statement after losing to the Canadiens. Adding in the fact that the Maple Leafs have to beat the defending champions on the road and all signs point to Tampa being the more likely victor.