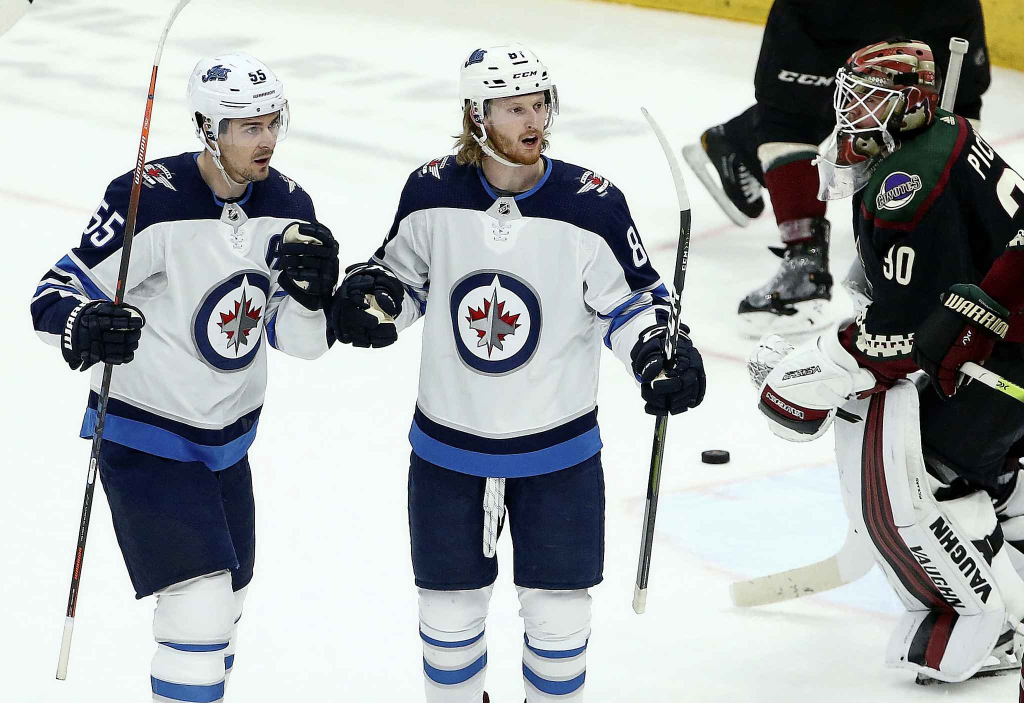 One of last year’s playoff surprises, the Winnipeg Jets made it to the conference finals before being slain by the expansion Golden Knights. This year, they’ve spent most of the year in first place before a bad final stretch dropped them to second place.

This means they’ll have to play a Blues team that has been red-hot since early January, and arguably has more momentum than any other team in the postseason with the exception of Tampa Bay. St. Louis is back in the playoffs after missing last year and are poised to make a run.

Game 1 in Winnipeg is Wednesday night. Here are the keys for each team, as well as who will take the first game.

Winnipeg has the advantage of regular season champions, beating the Blues three out of four times. It should be noted, however, they have only played each other twice since Craig Berube was hired by the Blues on November 20th. Once four days after, and the last time on December 7th, when the Blues won.

Keys for the Blues

We’ll start with the Blues, who over their last 25 games have been average when it comes to scoring, but dynamic on the power play with a 26.9 conversion percentage. St. Louis is led by their first line of Ryan O’Reilly, Vladimir Tarasenko, and Brayden Schenn. O’Reilly and Tarasenko both played at an above 70-point pace, while Schenn added a 60-plus point pace season, making them one of the more well-rounded first lines in hockey.

But past those three is where St. Louis is beatable, as David Perron (46 points in 57 games) is the only forward who comes close to that group in scoring. Perron is on the second line with Oskar Sundqvist and Jaden Schwartz, two players over 30 points but each having inconsistent seasons. The Blues will need scoring from this line and beyond to win.

St. Louis’ strength during the last few months has come from defense and goaltending. Led by defenseman Alex Pietrangelo and goalie Jordan Binnington, St. Louis is second in goals against and first in penalty kill percentage in their last 25 games. If this continues, and the rookie Binnington keeps any playoff nerves at bay, St. Louis will have a big advantage.

Keys for the Jets

As for the Jets, they too have a sensational first line. Blake Wheeler and Mark Scheifele put up 91 and 84 point seasons respectively, while Kyle Connor had a 60-point pace season. They’ve also been the main catalysts for Winnipeg’s power play, which ranks seventh over the last 25 games.

Even though Winnipeg has sputtered over the last several games, most of that time they were playing without Josh Morrissey and Dustin Byfuglien, both of whom are expected to be in the lineup for Game 1. Their defense without those two is below average, so both of their returns will be vital in Winnipeg winning Game 1, as well as the series.

The Jets will also need help from their middle six to beat the Blues, mainly from Nikolaj Ehlers and Patrik Laine. Laine, who scored over half of his 30 goals this year in November alone, was dropped to the third line, and although he has struggled, he is still a capable sniper with first line talent. Ehlers is one of the team’s strongest play-drivers, as well as one of the league’s best players at exiting and entering the zone with control, as well as creating chances in the offensive zone. If these two players have a great series, Winnipeg can get an edge.

Although I still like St. Louis to come out just ahead in the series, Game 1 will be a different story. Playing at the crazy Bell MTS Place, the Jets will be fueled by the return of Byfuglien and Morrissey, and aim to put their dynamic power player up against the rookie Binnington. I will take the Jets -120 to win Game 1.