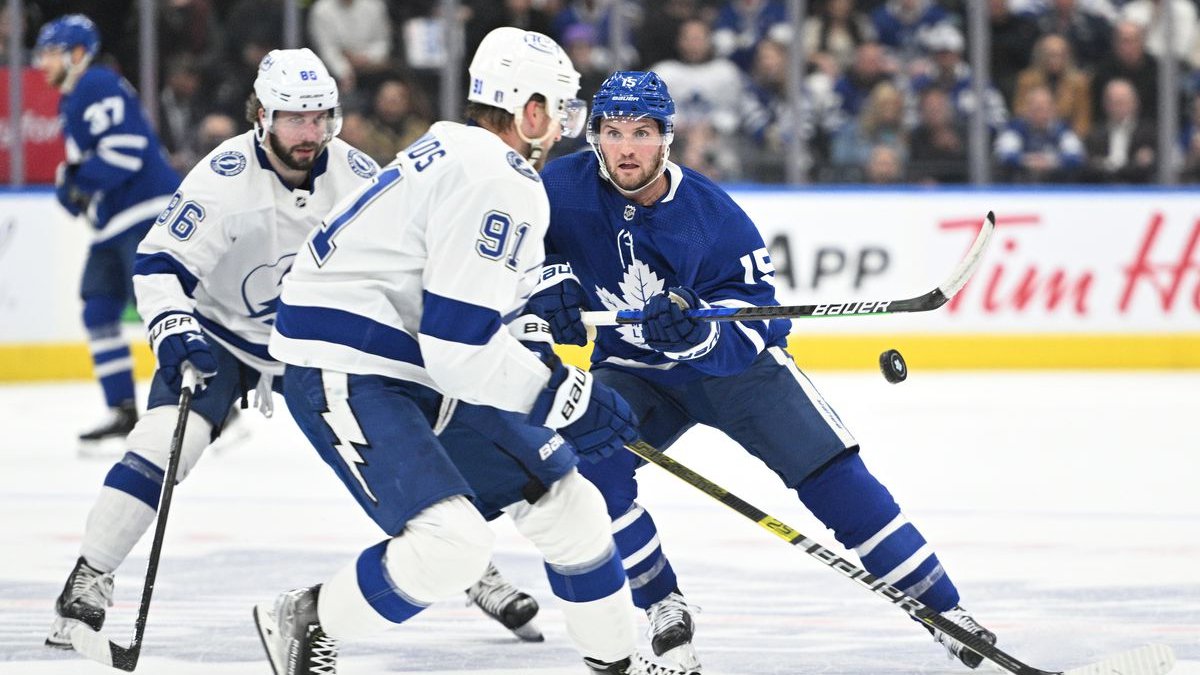 There are four Stanley Cup Playoff games that will take place on Tuesday, May 10. Each team is part of a series that is tied at 2-2. All 8 teams will be fighting for an all-important 3-2 series edge to move within one win of the second round.

Many players have shined during the first week of the postseason. This has opened the door for some interesting and intriguing prop bets heading into Tuesday night.

Below, we will take a look at each matchup and which prop bets have the best value.

Marchand and Aho both had great regular seasons. Aho finished with 37 goals and 44 assists. Marchand had 32 goals and 47 assists. Both are producing at a high level, and that didn’t change once the postseason began.

Brad Marchand has been a beast in his last 3 playoff games. He has 3 goals and 6 assists, including a 5 point night in Game 4.

Sebastian Aho has 3 points, including 2 goals, in the playoffs. He broke out and scored twice to lead the team to a Game 2 victory at home.

With the series shifting back to Carolina, both star players will be hungry to score and help their respected teams move closer to the second round. Sitting at +772, this line provides excellent value, even if you aren’t looking to put a lot on it.

Auston Matthews was explosive in Game 1 of the series. He had a three point night, including 2 goals. He has been quiet since Game 1 and hasn’t been able to find the back of the net. However, he has still been around the net and has set up 3 scoring plays in the last three games.

Neither team has won twice in a row in the series. It has gone back and forth with the teams alternating wins. The Maple Leafs get to host Game 5 and try to push the Lightning within a game of elimination.

Coming off of a Game 4 loss, the Leafs will play with more passion and drive to stay competitive in the series. Matthews should be able to score at least once and lead his team to a Game 5 win. At +178, the line provides some value to bet the combo.

Kirill Kaprizov has been on fire during this first round playoff series. He has scored 5 times in 4 games, including a hat trick in Game 2. David Perron has matched that total with 5 goals of his own and 2 assists.

Both teams have found their goal scorer for the series. They will likely continue to feed these two the puck since they have the hot hand.

I expect both men to put plenty of shots on goal in Game 5. With the amount of success they are both having, I feel comfortable saying that both will score a goal in this upcoming game.

At +528, both of them scoring is another easy bet in my opinion. It allows for a lower bet to bring in a lot more and isn’t too risky with the way they have been seeing the net in recent games.

The Oilers have had an up and down start to their Round 1 series. However, one thing has stayed consistent throughout, and that is the productivity of Evander Kane.

He has scored 5 times in 4 games and added an assist. He is hogging all of the ice and coming through for the Oilers. So far, if Kane has scored, the Oilers have come out on top.

Kane tallied a hat trick in an 8-2 victory in Game 3. He is seeing the ice well and hasn’t been contained effectively in the series. If he can get loose and hit his stride in Game 5, he may even find the net more than once.

With his recent hot streak, I feel confident about him scoring in front of the home crowd in Edmonton.

The 2022 French Open is underway at Stade Roland Garros in Paris, France, and we are already almost through the first week of play. Tomorrow, the remaining third-round matches will take place, after which the men’s and women’s singles draws will be down to their final 16 contenders. In both men’s and women’s singles, there END_OF_DOCUMENT_TOKEN_TO_BE_REPLACED