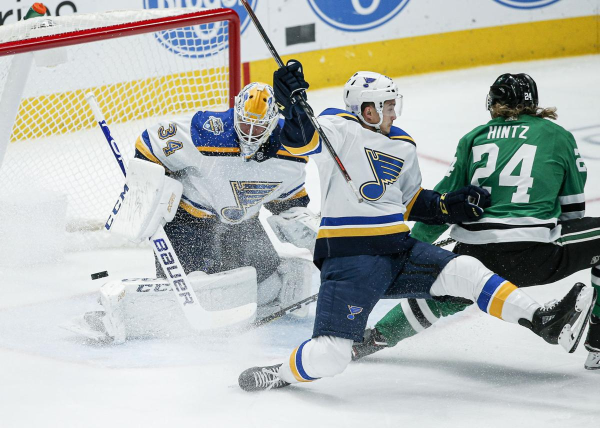 The Penguins had won three in a row prior to falling to the Columbus Blue Jackets, 5-2 on Friday night. With the game against the Blue Jackets Friday night, the Penguins’ matchup with the Blues will be the second of a back-to-back, something that could certainly affect them in this one.

Pittsburgh isn’t the only one that will be playing the second of a back-to-back Saturday, though, as the Blues won 3-1 at the Dallas Stars on Friday before returning to host the Penguins. Prior to Friday’s game, they had lost two of their last three games, including dropping two in a row to the Nashville Predators. Still comfortably in the top spot of the Central Division, the defending champions will look to keep it rolling on Saturday.

The moneyline for this one is +110 for the Pittsburgh Penguins and -167 for the St. Louis Blues. The over/under for total goals scored currently sits at 6.

Even though they come in fourth in their division, the Pittsburgh Penguins have gotten off to a respectable start. Adding a win over the defending champions would be the type of signature win that could really get them going, though.

The Blues have picked up where they left off last year. After an unbelievable season that ended with the Stanley Cup, they have met some adversity with some injuries this year but still continue to prosper on the ice.

Leading the way in points for the Blues this year is David Perron with 24 points with 11 goals and 13 assists. Second in points is goal-scoring leader Brayden Schenn, who has 23 with 13 goals and 10 assists. Lastly, the assist leader is Ryan O’Reilly, who has 22 points on five goals and 17 assists.

Hard To Bet Against Blues

The fact that both of these teams will be playing the second of a back-to-back could be the great equalizer, but I have a hard time betting against the Blues when they are at home. On the season, they are 7-3-3 at home. The Penguins are 4-4-2 on the road. Long story short, I like the Blues’ chances playing in front of their home crowd on Saturday. For my money, I am taking the Blues despite the -167 moneyline.