Panthers vs. Capitals Game 6 Odds and Predictions: Cats the Bet to Close Out Series 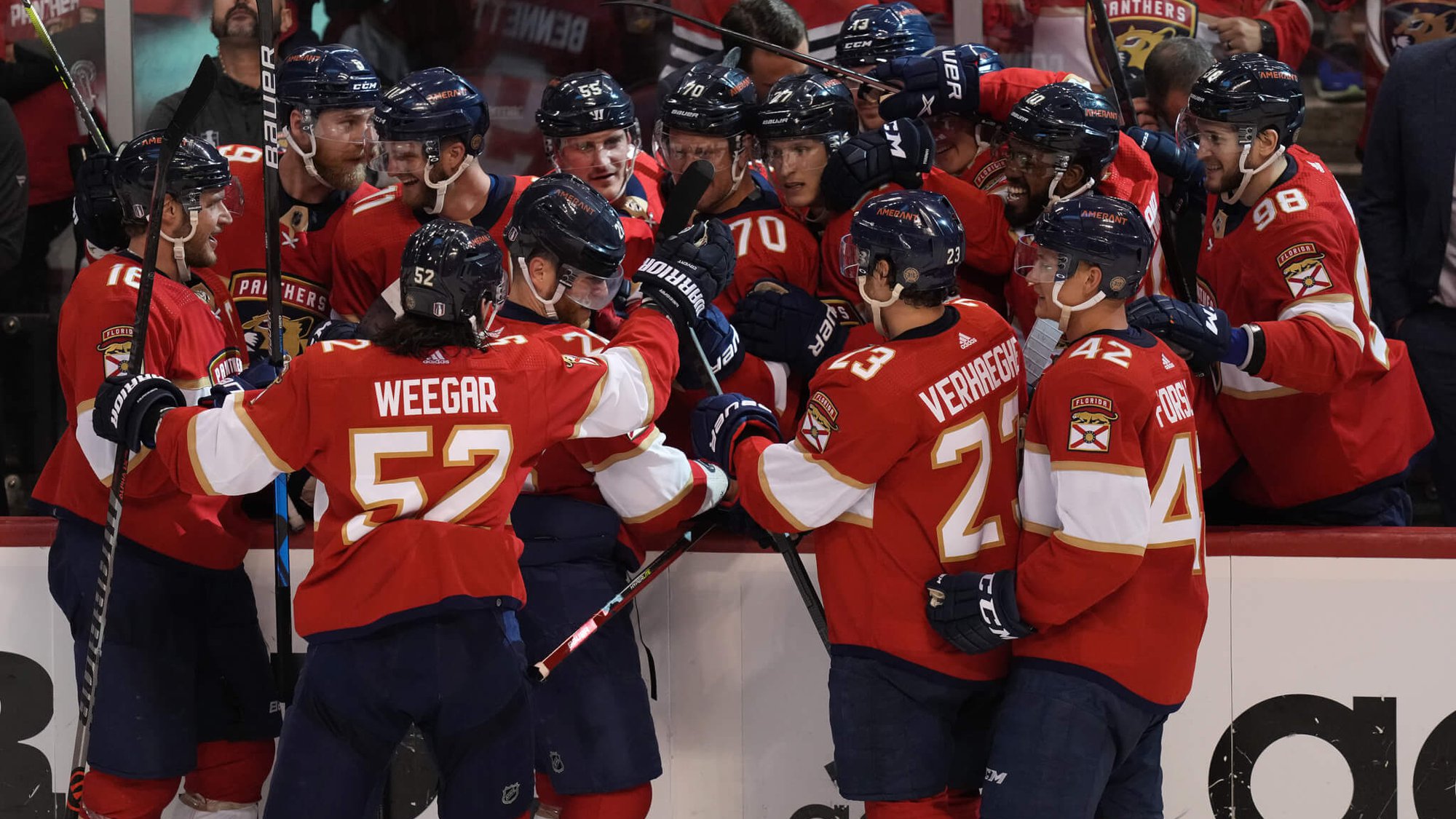 The Florida Panthers and Washington Capitals meet in Washington for Game 6. The Panthers hold a 3-2 series lead and have their first chance to close out the series on the road.

The Panthers erased a three goal deficit in Game 5 with five unanswered goals against the Caps. The record crowd of over 20,000 had almost no time to sit as they were treated to a scoring barrage that vaulted the Cats into a position to win the series Friday night.

Carter Verhaeghe scored or assisted on all 5 scoring plays for Florida. He opened the scoring seven minutes into the second period, and the Panthers seized momentum from the Capitals who held a 3-0 lead at that point.

It was all Florida for the next 30 minutes as they tacked on 4 more even-strength goals to run away with the victory. The Panthers found their stride in even strength play, and the team that had the most regular season comeback wins (29) did it again.

Heading into Game 6, the Panthers hold a slight edge in the odds. They will attempt to go on the road and win their first playoff series since 1996.

Florida had 29 comeback victories during the regular season. That is the most of any team during the 2021-22 campaign. They reached into their bag of tricks in Game 5 to do it again and erase a 3 goal lead by the Caps.

The Panthers pulled out the most important win of their season to take a series lead and avoid being on the ropes heading into Game 6. They will go for their third straight victory and a series dub on Friday in D.C.

Washington heads in Friday night losing two straight and have seen their once series lead transform into a win or go home scenario. The Capitals were 20-1-0 this season when leading by three or more goals. The only loss: a 5-4 defeat at the hands of the Panthers back in November.

That one loss was just one of the times the Panthers have used their quick strike offense to erase a big lead. The top offense in the NHL is revved up and excited for their chances in Game 6. Even on the road, they have scored important goals to keep themselves in the series.

Their last game in Washington ended when they scored in overtime to tie the series. Since then, they have been able to hold on to enough momentum in order to pull in front.

Game 6 is set to be a big game in Panthers history. They are anxious to get back to the second round for the first time in over 25 years. Their fans want it, they want it, and it isn’t too far fetched to say most of the world wants it.

Panthers vs. Capitals Best Bets: Panthers -1.5 (+130 at FanDuel Sportsbook and BetRivers and +140 at Caesars Sportsbook)

The Cats have their first chance to advance in quite some time. They will be on the offensive prowl and should be fired up heading into the game. The best value lies in the spread for the Panthers. At +140 it is an easy bet for me to take.

The 2022 Formula 1 season is only six races deep, but the race for this season’s championship alerady appears to be down to just two drivers. Last season, Red Bull driver Max Verstappen claimed his first Formula 1 World Drivers’ Championship in highly controversial circumstances, with Lewis Hamilton denied what would have been a record-breaking END_OF_DOCUMENT_TOKEN_TO_BE_REPLACED