NHL Betting Trends for This Week (March 28 to April 3) 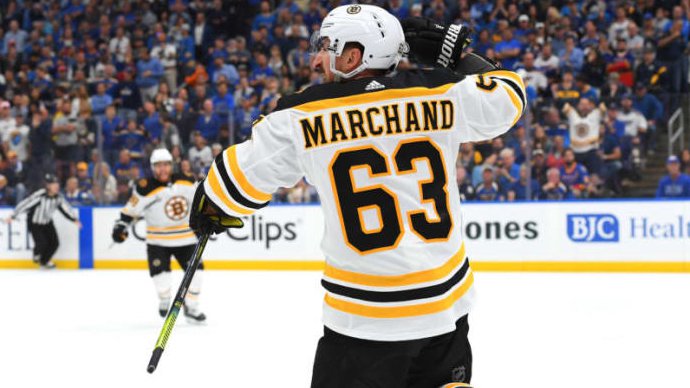 The calendar is set to flip over to April in just a few days, signifying that there’s only a month or so remaining in the 2021-22 NHL season. With the trade deadline officially in the rearview mirrors, every team’s roster is now locked in until the end of the campaign.

It doesn’t matter whether a team is vying for a playoff spot or is playing meaningless games down the stretch, there are still several betting trends to keep an eye on — especially for the week of March 28 to April 3.

Here’s a look at some noteworthy NHL betting trends to watch for this week.

It’s been a great time to be a Boston sports fan lately. While the Celtics are, arguably, the hottest team in the NBA at the moment, it’s important to point out that the Bruins have been running wild in the NHL over recent weeks.

The Bruins are 14-2-1 in their last 17 games this season and have won their last four games in a row ahead of them this week. Their offense has been one of the catalysts for their success over the last 17 games, outscoring their opponents 62-38.

David Pastrnak has been the Bruins’ biggest offensive contributor during their stretch of success, finding the back of the net 13 times while registering 21 points. To prove how impressive that is, the Toronto Maple Leafs’ Auston Matthews is the only player in the NHL to have more goals (15) in that span.

Pastrnak has a great opportunity to continue his success this week against the Bruins’ opponents. They play the Columbus Blue Jackets twice, as well as the New Jersey Devils — both of which aren’t exactly the toughest opponents. They also have a game against the Maple Leafs, but Pastrnak’s 14 goals in 19 career games against Toronto shows that he should have player prop betting value in each game.

In terms of team-wide NHL betting trends to watch, the Bruins have done well as the favorite, going 6-1-1 straight up in their last eight games in the role. However, despite their recent success, the Bruins are also just 2-8 against the spread (ATS) in their last 10 games.

The Bruins’ Stanley Cup odds are also worth monitoring because they currently sit at +1800 (T-No. 9) on BetMGM. If their current play continues, their odds are bound to go up, which is why the time to place money on a Boston championship run is now.

While the Boston Bruins have been getting a lot of attention in recent weeks, the Minnesota Wild are another team catching fire.

The Wild have been inconsistent throughout the season, finding streaks of success before looking like a team that doesn’t belong in the NHL playoffs. Fortunately for the fanbase, the club has been dealing with more of the former recently.

The Wild have won their last six consecutive games before entering the current week. The first line of Kirill Kaprizov, Ryan Hartman and Mats Zuccarello has been flying during their team’s win streak, with the trio combining for 22 points. Hartman and Zuccarello have seven points apiece, while Kaprizov leads the way with eight.

Although the offensive numbers haven’t been eye-popping, Minnesota has held its opponents to two or fewer goals in each of its last six victories.

Goaltender Cam Talbot has looked like a brick wall in his last five starts, going 5-0-0 with a 1.40 goals-against average (GAA), .952 save percentage (SV%) and a shutout. The recent-acquired Marc-André Fleury made his Wild debut over the weekend, stopping 23-of-25 shots in a 3-2 victory over the Blue Jackets.

Nevertheless, the Wild’s improved defense and goaltending has had an effect on their NHL betting trends. The total has hit the under in four of their last five games, with Minnesota and its opponents combining for five or fewer goals in each of those contests.

The Wild also haven’t been performing that well against the spread in recent weeks. They’re 4-12 ATS in their last 16 outings, which is a trend worth monitoring as the Wild have a tough upcoming schedule against the likes of the Carolina Hurricanes and Pittsburgh Penguins (among others) this week.

At one point in the season, the Anaheim Ducks were looking like a team that could potentially compete for a playoff spot. Unfortunately, things have changed in recent weeks.

The Ducks have been the coldest team in the NHL lately, losing nine straight games. It’s by far their longest losing streak of the season and the end doesn’t look near with Anaheim winning only two games since Feb. 25.

The Ducks’ opponents have more than doubled their offense output during their skid, outscoring them 38-17 over that stretch. Special teams has been a disaster for the Ducks, owning abysmal 8.3% power play and 66.7% penalty kill rates in the last nine games.

None of Anaheim’s players has been reliable when it comes to player props during its losing streak. Adam Henrique has led the team with six points in eight games, but that’s hardly enough to trust on any given night — especially with the club mustering just six goals in its last four outings.

Betting against the Ducks has been paying off for bettors, with them going 3-7 ATS in their last 10 games. They’re also 0-4 ATS in their last four, which is great news considering how three of their contests this week will be played at the Honda Center.

The Maple Leafs are one of the most dangerous teams in the Eastern Conference this season and a lot of that has been thanks to the goal-scoring abilities of Auston Matthews.

The 24-year-old superstar currently paces the NHL with 47 goals in 60 games, putting him on pace to hit 60 by the end of the year. Taking that into account, it shouldn’t be surprising that he’s become many sportsbooks’ favorite to be named the 2021-22 season’s Most Valuable Player.

FanDuel Sportsbook is currently favoring Matthews to be named this year’s Hart Memorial Trophy recipient at +150 odds. New York Rangers goaltender Igor Shesterkin currently sits second in the race at +400 odds, which further proves how well the Toronto star has been playing.

The Maple Leafs have four games this week, with two being easier matchups against the Winnipeg Jets and Philadelphia Flyers. They also have games against the Bruins and Tampa Bay Lightning, which means Matthews’ goal-scoring will be called upon to keep up with Toronto’s divisional rivals.

At the end of the day, Matthews has made good on goal-scoring props many times this season. There’s no reason to doubt him when it comes to that or the MVP race, making him another safe betting option for this week.

Tonight, the most pivotal game of the 2022 NBA Eastern Conference finals takes place in Boston, with the Miami Heat taking a 2-1 series lead into their matchup with the Celtics. In Game 3 on Saturday, the Heat took control early, outscoring the Celtics 39-18 in the first quarter and leading by as many as END_OF_DOCUMENT_TOKEN_TO_BE_REPLACED