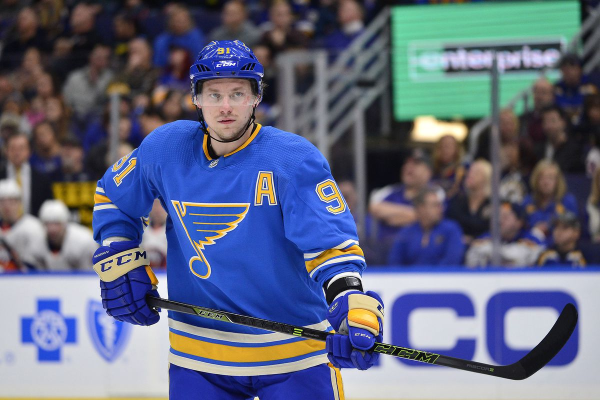 The second round of the Stanley Cup playoffs is underway. Along with quick recaps of Thursday’s action, here are the latest news and notes happening across the NHL.

It was certainly an eventful Game 1 in Boston, as Charlie Coyle’s overtime goal gave the Bruins a 3-2 win over the Blue Jackets. Following a first period score from Noel Acciari, the game was relatively quiet up until the final period. Then about seven and a half minutes into the third, Brandon Dubinsky and Pierre-Luc Dubois scored 13 seconds apart to put Columbus up by one. Coyle answered a few minutes later to tie the game before tipping in his second goal of the game in overtime. Game 2 is Saturday night in Boston.

Vladimir Tarasenko’s two goals, including the game-winner early in the third, were the difference as the Blues took Game 1 against the Stars by a score of 3-2. Robby Fabbri opened up the scoring in the first, then Jason Spezza tied up the game about halfway into the second period. Near the end of the second, Tarasenko scored on a power play to put the Blues back on top before scoring in the third to put them ahead for good. Game 2 is this Saturday afternoon in St. Louis.

Sharks forward Joe Pavelski is doubtful to suit up for Game 1 against the Avalanche on Friday night. Pavelski is considered day-to-day after getting cross-checked by Cody Eakin and then ran into by Paul Stastny, hitting his head on the ice. The play was a five-minute major on Eakin which led to four power-play goals by San Jose. Pavelski, who has four points in seven playoff games, also sustained a jaw injury against Vegas in Game 1, losing several teeth.

Speaking of that Pavelski injury, the league has finally apologized to the Golden Knights for Tuesday’s major penalty call. General manager George McPhee confirmed to the media that the league reached out to apologize to him and the organization for the bad call. Following the major penalty, San Jose would score four straight goals with the man advantage, erasing a 3-0 deficit in less than five minutes. McPhee has indicated he accepts the apology and will not dwell on the call.

Maple Leafs forward Zach Hyman is expected to miss the start of next season after undergoing surgery on his ACL. Hyman tore his ACL during Toronto’s first-round series with the Bruins, but still appeared in all seven games. With surgery scheduled for early next week, he is expected to miss at least six months, which would spill over into the start of next season. Hyman scored one goal this postseason after scoring 21 in the regular season.

Projected number one pick Jack Hughes set the United States record for career points in the IIHF World Under-18 Championship with 28 points in 12 career games. Hughes scored three goals and added an assist in the USA’s 6-0 win over Finland, also tying the U.S. record for points in a single tournament with 16. Both records were held by Phil Kessel, who had 26 points in 14 games from 2004-2005. The Devils currently hold the number one overall pick in the NHL draft and are widely anticipated to select Hughes.