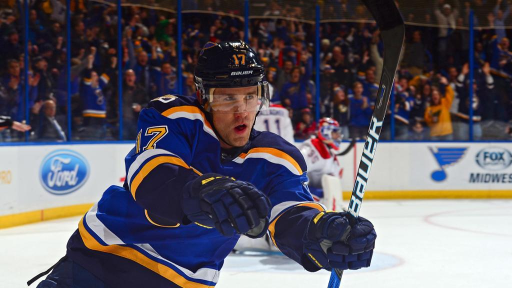 It all comes down to this. It’s the two best words in sports, GameSeven, and it happens tonight in St. Louis. The Blues and Stars have each shown moments of dominance this series, but the previous six games are now thrown out the window. It’s all about what happens tonight and tonight only.

Here is a brief recap on what happened the last time these two teams faced off, some keys to tonight’s battle, and a final prediction.

The Blues scored three unanswered goals, including two in the final period, to stave off elimination with a 4-1 win. After AlexPietrangelo and Tyler Seguin each scored in the first, the game had the making of another nail-biter. David Perron scored in the second period to put the Blues on top by a goal. Then the biggest play of the game occurred about seven and a half minutes into the third period, when Ben Bishop took a slap-shot to the collarbone, falling backwards onto the ice. As he laid flat, JadenSchwartz would score in the empty net. Bishop stayed in the game, but came out after giving up a goal 33 seconds later to Sammy Blais, making it 4-1 where the score would remain.

It’s no secret that the key for Dallas will be the health of Bishop. There were some initial scares that something was broken and his status would be in doubt. But Bishop skated on Monday and confirmed he would be able to play. This postseason, he carries a 2.32 GAA and .929 save percentage in 12 games. Should his pain start to linger and affect his performance, AntonKhudobin would be able to step in. But the Stars need a healthy and effective Bishop for them to have a chance of winning tonight.

Dallas’ depth will also be tested tonight. Roope Hintz and Mats Zuccarello have been two of the higher scorers in the series, and their impact gives the Stars a huge boost. Other role players like Jason Spezza, Jason Dickinson, and Mattias Janmark will be relied upon to outplay St. Louis’ bottom two lines. Assuming each team’s top lines will neutralize each other, it will be these forwards who can make a difference for the Stars.

The biggest difference from the regular season to the postseason for the Blues has been with their penalty kill. A top-10 unit during the season, St. Louis posted a 78.6 percent penalty kill rate against the Jets, which was among the worst of the first round. Against the Stars, they have allowed four goals on 14 penalty kills, good for a 71.4 percent kill rate. That’s nearly one-third of all the goals the Blues have given up in the series. So locking down the penalty kill, as well as staying out of the box period, will be huge.

Something that the Stars have done well is creating a lot of high-danger opportunities, putting Jordan Binnington in compromising positions. This series, the Blues have allowed an average of 8.6 high-danger shots per 60 minutes, compared to a 6.7 average during the regular season. St. Louis must limit those opportunities and ensure that Binnington is protected and kept out of those dangerous situations. It will be tough asking him to stand on his head for a full 60 minutes.

Bishop’s health and St. Louis’ penalty killing are the biggest X-factors in this game. For this Game 7, I’ll go with a team who is a little more well-rounded, has a healthier goaltender, and who has the benefit of playing this elimination game in their own area. I’ll pick the Blues -160 to advance to the Western Conference Final.