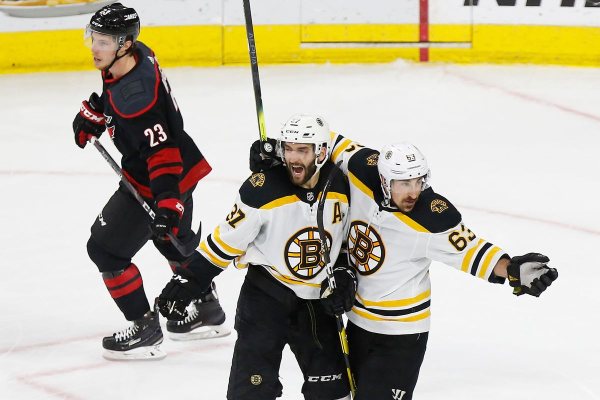 The NHL Eastern Conference Finals was supposed to be a tightly contested series, but that isn’t the way it turned out. The Boston Bruins absolutely dominated the Carolina Hurricanes all series long, completing the four-game sweep on Thursday night. Boston will now await their opponent in the Stanley Cup Finals, and the Carolina Hurricanes will hit the golf course for summer vacation.

The Hurricanes came into this series with a ton of momentum after shocking victories in the first two rounds, but they ran out of gas in a hurry. Boston had to fight their way through the first two rounds, but they made quick work of the Hurricanes in this one. Let’s take a look back at some of the biggest storylines that emerged from this series.

Rask Has Been Unbelievable

Bruins goaltender Tuukka Rask has consistently been one of the best goaltenders in the NHL, but he has taken his game to a whole new level in the Stanley Cup Playoffs. Rask gave up just five goals in the four-game sweep over the Carolina Hurricanes and looks to lead his team to another Stanley Cup Championship. The veteran has a pair of shutouts in these playoffs and has allowed just 1.89 goals against. Hot goaltenders have the ability to carry a team to the Stanley Cup, and that looks like it just might happen in Boston.

Boston was outside of the top 10 in offense during the regular season, but they have been finding just enough of it in these playoffs. Left winger Brad Marchand leads the team with 11 assists and 18 points in the postseason, but he has gotten plenty of help from his teammates.

Patrice Bergeron has scored eight goals to lead the team, and David Pastrnak has chipped in with seven of them. The Bruins scored 17 goals in this four-game sweep over the Hurricanes, and this type of production will likely be needed again in the Stanley Cup Finals. Boston won’t overwhelm anyone with their offense, but they have enough weapons to get the job done.

Carolina Must Improve Its Roster

The Carolina Hurricanes were the talk of the league during the first two rounds, but their magic ran out in a hurry against the Bruins. If the Hurricanes want to be consistent contenders, then they are going to have to make some changes to their roster.

Goaltender Petr Mrazek looked like a star early in the playoffs but really struggled against the Bruins. Giving up more than four goals per game as a team is a recipe for disaster in the playoffs. Carolina must also find some more offensive talent in the offseason.

The Hurricanes scored less than three goals per game during the regular season, and their offense was no match for the Bruins in this series. Signing Sebastian Aho to a long-term deal is likely priority one this offseason. Aho led the team with 12 points during the postseason, and young Teuvo Teravainen paced the team with seven goals. There are some nice pieces on this roster, but they need more depth to be a contender again.