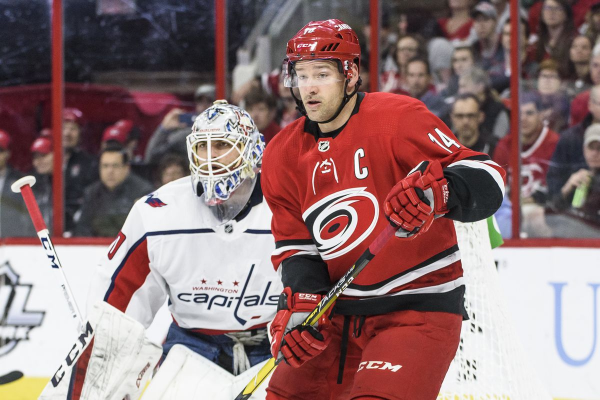 The Eastern Conference Final is all set to begin tonight, with the CarolinaHurricanes and Boston Bruins facing off at TD Garden for Game 1. The Bruins have emerged as the favorite to hoist the Stanley Cup, but the surprising Hurricanes will be a tough test as the last Wild Card team standing.

Here’s a brief recap on how each team got here, some keys to victory, and a prediction.

Road to the ECF

The Bruins were a no-doubt contender all season, trailing just the history-setting Lightning for points in the regular season (107). They were tested in the first round against the Maple Leafs, but overcame a 3-2 series deficit and won in seven games. Then facing a Blue Jackets team fresh off of a historic sweep, Boston came out on top to win in six.

As for the Hurricanes, they had a season similar to the Blues. One of hockey’s worst teams in early-January, they clawed back into contention before grabbing the first Wild Card spot. Carolina was tasked with beating the defending champion Capitals, but overcame 2-0 and 3-2 series deficits and won Game 7 on the road in double overtime. They certainly carried that momentum into the next round, sweeping the Islanders to advance to the next round.

When you hold these two teams up against each other, the biggest difference you’ll see is in net. Carolina’s goalie tandem of Petr Mrazek and Curtis McIlhinney was sensational against the Islanders, posting a combined .977 save percentage in 5-on-5 play. That won’t happen again, especially against a strong Boston team, but if the goaltending can step up and be above average again, the Hurricanes will be right there in this series.

Carolina has been relying on the defense to win a lot of their games, but the scoring will need to improve. Jaccob Slavin, a defenseman, is their only player with double-digit points this postseason. Teuvo Teravainen and Warren Foegele have had good playoffs, but others like Sebastian Aho need to find the scoresheet against one of the best defenses in the league. In a bit of good news, forward Micheal Ferland is expected to play tonight, in what would be his first game since April 15th.

The trio of Patrice Bergeron, David Pastrnak and Brad Marchand make for one of the best top lines in all of hockey. They will need that line to be productive against a phenomenal Carolina blue line. The Hurricanes will use a combination of defensemen pairings against this line, unlike a lot of teams who are forced to rely on only their top two d-men. Since Carolina’s defense is so deep, Boston’s first line will have to pick up the slack in the event their bottom-six doesn’t give them much.

Another key, at least for tonight, is how the Bruins fill the void of Charlie McAvoy. McAvoy was given a one-game suspension following a hit in the previous series and will serve it tonight. Since Kevan Miller isn’t ready to return, John Moore has a chance to replace him. McAvoy’s ability as the point-person on the power play will be missed, so the Bruins will have to hope another d-man step up in his absence.

Unsurprisingly, the Bruins are favored to win tonight, as well as the series and the whole Cup. While that may be the case, Carolina has the advantage of rest and will use that advantage to control the possession battle and score just enough to win. I will pick the Hurricanes +140 to steal Game 1 on the road.