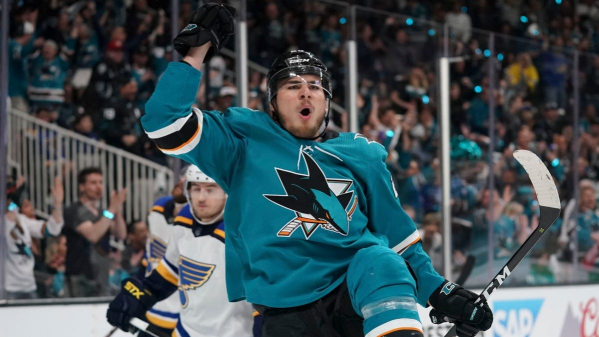 Two teams who are hoping to snap their funks will meet in Winnipeg Friday night, as the San Jose Sharks (24-28-4) visit the Winnipeg Jets (29-24-5). This is the third meeting between these teams this season, with the Jets claiming both previous games.

Here is a preview of tonight’s game between the Sharks and Jets, along with odds and a free pick.

Their 8.9 shooting percentage is 21st in the NHL, while their power play is 23rd at just 16.8 percent as well.

Defensively, the Sharks are a lowly 28th with 3.32 goals allowed on 30.6 shots. However, in one of the strangest stats of the entire season, San Jose has the league’s best penalty kill at 85.6 percent, despite having more penalty minutes per game than all but one team.

The Jets haven’t fared much better than the Sharks lately, dropping their last game 4-1 at home against the Rangers and falling to 4-5-1 in their last 10 games. This year, Winnipeg is 19th in both goals per game with 2.95 and shots with 31.1.

Their other offensive categories are around the same range, as their 9.5 shooting percentage ranks 18th and a 19.3 power-play percentage that is 17th in hockey.

Despite allowing the sixth-most shots per game with 32.8, Winnipeg’s 3.02 goals allowed is a solid 13th in the league. But interestingly enough, the penalty kill is in the opposite predicament of San Jose.

The Jets’ penalty kill percentage of 74.8 is the third-worst in hockey, even though they average the eighth-fewest penalty minutes per game.

With the Sharks getting hit with the injury bug, they have been getting some solid production for their stars on the ice, including Timo Meier. Meier had a two-goal, one-assist performance last week against Edmonton, giving him two goals and four assists in his last five games.

In total, the winger is up to 18 goals and 19 assists on the season, with a chance to add on tonight.

In addition to Meier, San Jose has been getting some big production from their pair of All-Star defensemen. Brent Burns has scored three goals and dished out two assists in the last five games, giving him 37 total points on the season.

The other is Erik Karlsson, who has points in back-to-back games to give him 40 total points in his second season with the Sharks.

The Jets have more injuries than most teams in the league right now, but they’re getting some serious production from their key guys who are still in the lineup. One of them is winger Patrik Laine, who has been finding the back of the net with ease.

Laine has five goals over his last four games, three of which came against the Senators last weekend. The former second overall pick has 24 goals and 29 assists through 56 games.

Along with Laine, Kyle Connor has been a point machine lately. Connor followed up a four-point performance against Ottawa with two goals and an assist against the Blackhawks. The 23-year old now has 28 goals and 31 assists, on pace for career-highs all around.

Center Mark Scheifele has also been a consistent presence for Winnipeg, dishing out a pair of assists against Chicago to bring him to 36 assists on the year. While he hasn’t scored in seven games, he still has a solid 23 goals on the year.

For Winnipeg, the incumbent starter Connor Hellebuyck will likely draw the start. Hellebuyck is 24-17-5 with a 2.71 GAA and .919 save percentage.

With the game in Winnipeg, it’s no surprise that the Jets are favorites tonight at -150. Also, not only have the Jets won both previous games this year against San Jose, but their 14-13-3 home record is a decent improvement over the Sharks’ 10-14-3 away record.

For my money, I like the Jets to take care of business. Even though they aren’t necessarily on a hot streak, they have had no trouble scoring goals. Expect Laine, Connor, and the rest of the Winnipeg offense to find ways to score against San Jose’s shaky goaltending. Give me the Jets -150 to grab the win tonight at home.