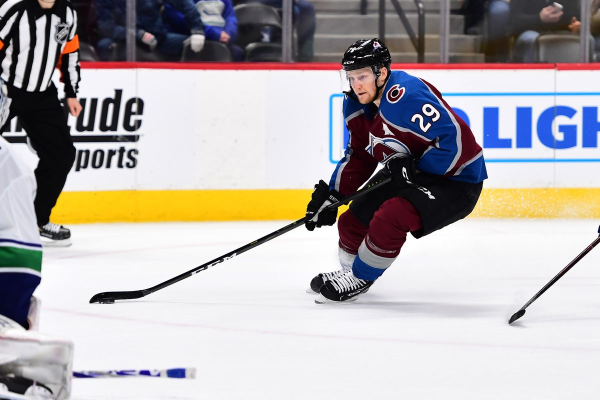 The Sharks and Avalanche move their series to Denver, with each team having a win in hand. Colorado was able to steal a game on the road, and now San Jose has a chance to do the same and regain home-ice.

Here is a brief recap of Game 2, along with some keys to tonight’s showdown and a prediction.

Tyson Barrie scored the tie-breaking goal and assisted on two more, as the Avalanche exercised their SAP Center demons to win 4-3. Following a first-period score from Evander Kane to get San Jose on the board, Colorado scored three unanswered goals from Gabriel Landeskog, Tyson Barrie, and Matt Nieto. Brent Burns made it interesting by cutting the deficit to one with about five minutes remaining, but Nathan MacKinnon’s empty-netter sealed the win for the Avs. Philipp Grubauer and Martin Jones each allowed three goals, making 31 and 28 saves on the night, respectively.

The Sharks are dealing with some injuries right now. Joe Pavelski and Joonas Donskoi missed the first two games of this series and remain questionable for Game 3. But someone who is back on the ice is Erik Karlsson, who missed 27 of the last 32 games of the regular season. Karlsson has slowly returned to form, and now he and his partner Brendan Dillon will have to be at their best when dealing with Colorado’s dynamic first line. Burns and Marc-Edouard Vlasic drew a lot of the assignments against that line in the first two games, so Karlsson and Dillon will have to play a more active defensive role tonight.

Besides Karlsson’s health and effectiveness, someone who will need to bounce back is Martin Jones. Jones has performed much better since being pulled twice in the first four games of the postseason against Vegas but showed some cracks in Game 2. It will be interesting to see how he performs away from home, as the veteran goaltender posted an .894 save percentage in 27 road starts this season.

The biggest difference for the Avs between Games 1 and 2 was the reunion of their top line. After splitting them for the first game, coach Jared Bednar reunited MacKinnon, Landeskog, and Mikko Rantanen in Game 2 and saw great results. Currently, MacKinnon and Rantanen are riding six-game point streaks, as this line will once again have to be effective for Colorado to win.

Colorado’s power play will also be a factor for tonight. After beginning the playoffs 0-8 on the power play, the Avalanche are 6-22 since, good for a 27.3 percent success rate. Most of their success with the extra attacker is due to the guys on their first line, but also defensemen Tyson Barrie and Cale Makar. If the power play continues rolling, Colorado will have a nice advantage in the series.

I think tonight will ultimately be a battle of how well San Jose is able to limit Colorado’s first line. But Bednar reuniting the trio seemed to spark things, and when you couple that with their success on the power play and San Jose’s current funk with the extra attacker, I think Colorado has the edge tonight. I’ll pick the Avalanche -130 to win tonight and take a 2-1 series lead.