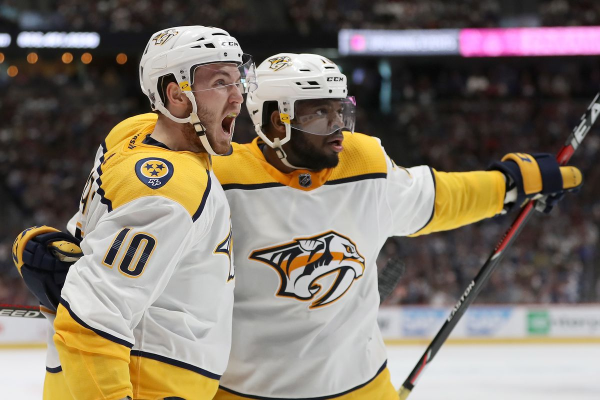 After a big win on Monday, the Nashville Predators are in control of their series with the Dallas Stars. Each of the first three games have been decided by a single goal. With the way that these two teams are playing, it is going to be another closely contested game.

In Game 1, the Stars beat the Predators to take an early 1-0 lead in the first round of the playoffs. The Predators came roaring back as they have won the last two games. Game Four is in Dallas tonight and is a must win if the Predators want to have any chance at coming back in this series. After two 3-2 games and a 2-1 decision in overtime, we can expect that the scoring will ramp up a little for this fourth matchup. The line for both teams is at -110 so this is sure to be a hotly contested matchup. Look for the Stars to take home the win in Game 4.

After the score was knotted up at 2-2, MikaelGranlund found the back of the next for the score. Pekka Rinne found himself in the goal and had a pretty solid performance. Despite two goals scoring, Rinne had a save percentage of 95.2%. Out of 42 shots, Rinne allowed just two shots to get by him. If this team performs like it should be able to, it should be an easy walk over the rest of the series.

The Stars are struggling thus far this year to score goals in the playoffs. Through the first three games of play, they have only managed to score six goals compared to the Predators twenty goals. One interesting thing about the Stars team is they are heavily struggling to capitalize on power-play chances.

In this past game, they had a 5-on-3 situation for an extended period of time and they were not able to score. Their two goals were scored by MatsZuccarello and Tyler Seguin. They are going to need more of an impact out of these two if they wish to climb back into the race. While going down in the series 2-1 was not ideal, if they can manage to score a couple of goals and sneak out with a win, it would be a whole new series.

Unfortunately, I don’t think that is going to happen and I think the Predators will easily cruise to a 3-1 lead in the series.   This is a very good match up for those folks who like to watch low scoring affairs. I do not think that Game Five is going to be a high scoring affair, but I do think that the defensive prowess on both teams will cut down on scoring. Look for another solid game from both of these two teams but don’t be surprised if the winning team had two or fewer goals.  This is about as close as you can get to competing teams in the playoffs so don’t be surprised with any result. If I had to pick someone my money would be on the Predators on the road.