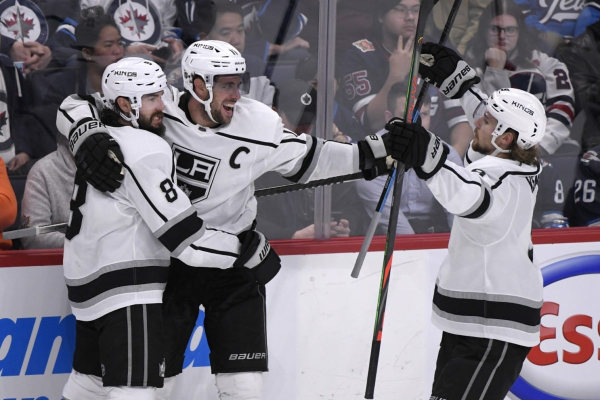 The defending Stanley Cup champion St. Louis Blues have had an interesting start to their 2019-20 season, but they are still near the top of the Central Division. St. Louis is in the middle of a long homestand this week and will play host to the Los Angeles Kings on Thursday night. The Kings were not expected to be a playoff contender this season, but they are off to a much better start than most expected.

Los Angeles comes into this game with eight points on the season and has won two straight games. The Kings are still in seventh place in the Pacific Division, but they have been extremely competitive all season long. The St. Louis Blues have racked up 11 points so far in 2019, but they have been extremely streaky. The Blues have already had a three-game winning streak to go along with a four-game losing streak. St. Louis is -190 in this matchup with the Los Angeles Kings on Thursday night.

If the Los Angeles Kings are going to continue to surprise people this season, they are going to need to clean up their special teams play. The Kings have converted on just 11.1 percent of their power-play chances, which is well below league average. Los Angeles has also killed off just 75 percent of its own penalties, and that could be a problem in this matchup with the St. Louis Blues. The Kings can’t expect to take bad penalties and pull off the win over the Blues in this game.

The Kings are scoring just three goals per game, but they seem to come in spurts this season. Center Anze Kopitar is having a monster offensive season for the Kings, and he is always dangerous with the puck on his stick. Kopitar leads the team with four goals and six assists and will need to stay hot for the Kings in this game. Los Angeles has plenty of young players on its roster, and they could be an offensive force in years to come.

The St. Louis Blues have scored just 3.0 goals per game so far this season as well, and they need to find more offensive weapons. Vladimir Tarasenko leads the team with seven assists and 10 points, but he has struggled to find the net at times this season. Braden Schenn has been a force on the offensive side of the ice and has scored six goals to lead this team. St. Louis is dangerous on the power play, and it has converted on close to 20 percent of its chances.

Goaltender Jordan Binnington has picked up where he left off a season ago and has been sharp in net for the Blues. Binnington is giving up just 2.66 goals-against this season and has posted a record of 3-1-3. The Blues are helping out their goaltender by killing off 85 percent of their penalties this season. The Blues are using the same formula that won them a Stanley Cup a season ago.

The St. Louis Blues seem like they have started to figure some things out, and they finally got back in the win column in their last game. A slight hangover was expected after winning the Stanley Cup a season ago, but the Blues do have some things that they can improve upon as the season goes along. Los Angeles has probably been a little bit better than expected this season, but they are facing a tough challenge in this game. Look for the Blues offense to shine in this game and lead their team to victory. Bet the St. Louis Blues -190 over the Los Angeles Kings in this NHL showdown on Thursday night.