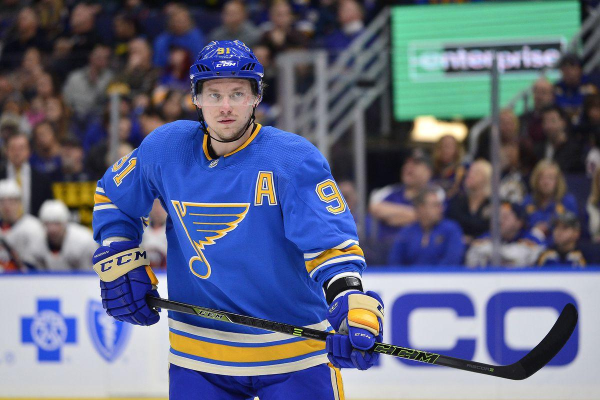 The Avalanche, at 85 points, are currently occupying the final Wild Card spot in the Western Conference, with a one-point lead over the Coyotes and a game in hand. The Blues (92 points) have clinched a playoff spot, but are now fighting for the division title, trailing the Jets and Predators by just two points.

Almost to the Summit

Just a few weeks ago, Colorado looked all but eliminated after losing two straight home games. Since then, they have responded in a big way, going 6-0-1 since and 7-2-1 in their last 10. Now with the return of captain Gabriel Landeskog, the Avs can put some distance between themselves and the Coyotes with a win tonight.

Despite missing Landeskog for nine games and MikkoRantanen for the last four, the Avalanche are still a top-10 offensive team. They rank 10th in goals, ninth in shots, and seventh in power play percentage. On the other side, they’re 16th in goals allowed and 20th in shots allowed, along with being a below-average 26th in penalty kill percentage.

With Rantanen (87 points) still nursing an undisclosed injury, it will be up to Nathan MacKinnon (95 points) and Landeskog (70) to shoulder the load. Colorado has four other players over the 30-point mark, including defenseman Tyson Barrie (56) and Alexander Kerfoot (39).

Philipp Grubauer is expected to start tonight for the Avalanche. Grubauer, in his first season with Colorado, is 17-9-4 with a 2.69 goals against average and .916 save percentage.

A Tale of Two Seasons

On December 9th, the Blues were in the conversation for the number one overall pick in the draft, sitting at 10-14-4 and not getting any better. Since that day, they have gone 32-14-4 and clinched a playoff spot, and now find themselves only two points back of first place with four games to go. St. Louis is a respectable 6-3-1 in their last 10 games, and hope to keep it rolling tonight.

Despite the nearly-four months of elite play, St. Louis still ranks as an average scoring team. They are 16th in goals, 15th in shots, 18th in shooting percentage, and 13th in power play percentage. But they’re a shutdown defensive group, ranked sixth in goals allowed, fourth in shots allowed, and ninth in penalty kill percentage.

The Blues are relatively healthy, and are led by veterans Ryan O’Reilly (73 points) and Vladimir Tarasenko (61 points). Other players like Brayden Schenn (49 points) and David Perron (42 points) are part of the nine total players above the 30-point mark.

Jordan Binnington is the projected starter once again. Binnington, whose rise propelled the Blues back into contention, is 21-5-1 with a 1.85 GAA and .928 save percentage.

Both teams have some good momentum coming in and have some weapons on offense. But St. Louis has a big advantage in goaltending and total team defense, and will continue their stellar season with a win. Give me the Blues -170.