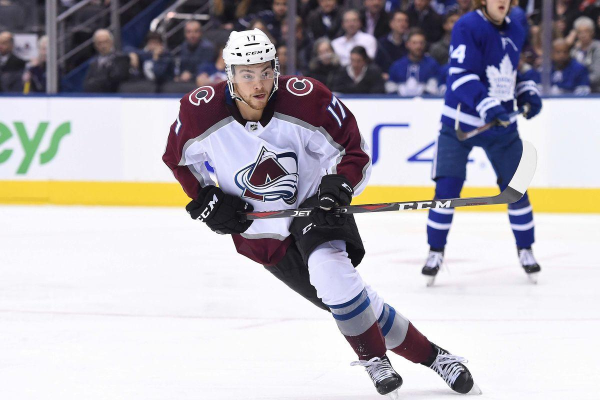 Two Central Division foes fighting for a playoff spot battle in the “North Star State” on Tuesday, as the Avalanche (31-29-12, 6th Central) take on the Minnesota Wild (34-30-9, 5th Central).

The Avalanche are 4-5-1 in their last 10 games, but are fresh off of a 3-0 shutout victory against the Devils on Sunday. Meanwhile ,the Wild are 4-3-3 during that stretch, but have won just once in their last five games, most recently falling in overtime to the Islanders on Sunday.

Minnesota took care of business in the last matchup between these two clubs, a 5-2 victory back on January 23rd. Tonight, the Wild are favored at home, listed at -135.

Tumbling Down the Mountain

The Avalanche have not played a lot of close games as of late. In fact, four of their last five games have been shutouts in either a win or a loss. Now Colorado will begin a stretch against four teams who are all in the Wild Card hunt, starting with Minnesota.

Thanks to a dynamic first line, Colorado ranks well offensively, sitting in 10th in goals, sixth in shots, and 14th in shooting percentage, along with a top-10 power-play percentage. They’re average on the other side of the ice, ranking 19th in goals allowed and 15th in shots allowed.

The Avalanche are led by the two-headed monster of forwards Nathan MacKinnon (91 points) and Mikko Rantanen (87 points). MacKinnon recently became the second player to record consecutive 90-point seasons in franchise history. Captain Gabriel Landeskog (69 points) was the third member of their top line, but recently suffered an upper-body injury and will likely miss the rest of the regular season.

SemyonVarlamov is the projected starter for tonight. Varlamov is 19-18-9 with a 2.86 goals-against average and .910 save percentage.

Every game for the Wild from here on out is incredibly important. At 77 points, Minnesota finds themselves just one point behind the Coyotes for the final Wild Card spot, and just three points ahead of Colorado. But the Wild have missed some chances to get into a playoff spot, with four losses in their last five games.

Minnesota is just 24th in goals and 26th in shooting percentage, as well as 17th in shots on goal. They’re a much better defensive team, ranking 11th in goals allowed and fifth in shots allowed.

Zach Parise is the team-leader with only 57 points. Following him, you have veterans Eric Staal (49 points), Ryan Suter (45), and Jared Spurgeon (41). Minnesota has also been hit hard with injuries this season, with Mikko Koivu (29 points in 48 points) and Matthew Dumba (22 points in 32 games) missing significant time.

The Wild are expected to put incumbent starter Devan Dubnyk back in net. The veteran Dubnyk is 28-24-6 with a 2.60 GAA and .911 save percentage.

Even with Minnesota coming in as the betting favorite, this game is incredibly even. Both teams desperately need wins, but I will go with the team that has a better offense and is coming into the game playing slightly better. I will take the Avalanche on the road +115.