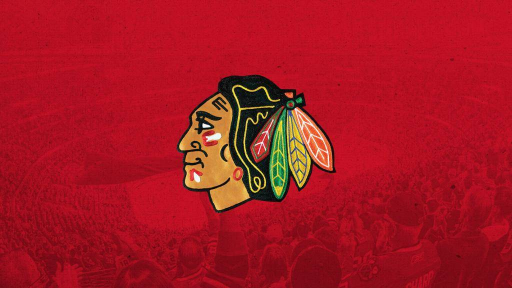 The Blackhawks find themselves at 76 points, five points behind the Avalanche for the second Wild Card spot in the Western Conference with a game in hand. The Coyotes were sitting in a playoff spot for a couple of weeks, before Colorado overtook them over the weekend. Arizona is two points behind the Avs with 79 points.

Chicago slaughtered the Coyotes in their last meeting, a 7-1 romp back on March 11th. Tonight, Arizona is favored to win at home, listed at -130.

Too Little Too Late?

After a very poor first few months which included the firing of longtime head coach Joel Quenneville, the Blackhawks were able to play themselves back into playoff contention. However, a recent three-game losing streak has made it difficult for Chicago to overcome the five-point deficit they currently face. They are 6-3-1 over their last 10 games.

A dynamic scoring attack but a porous defense have been the recurring themes of the Blackhawks’ season. Chicago is eighth in goals and shooting percentage, and 11th in shots and power play. But they rank a dismal 30th in goals allowed and shots allowed, and have the league’s worst penalty kill.

Hart candidate PatrickKane has been electric, leading the team with 41 goals and 61 assists for 102 points, the third-most in the league. Jonathan Toews (74 points) has also had a resurgent year, followed closely by young forward Alex DeBrincat (71 points).

Corey Crawford has battled concussions once again this season, but is back and expected to start tonight. The two-time Cup champion is 13-17-3 with a 2.97 goals against average and .908 save percentage.

For a while, it looked as if the years of rebuilding were going to pay off for the Coyotes, resulting in their first playoff appearance since the 2011-12 season. However, a recent five-game losing streak has put that into doubt, as the Coyotes trail the Avalanche by just two points with just six games left. Arizona is 4-4-2 over their last 10 games.

The Coyotes are almost a complete antithesis of the Blackhawks in terms of statistical rankings. Arizona is 28th in goals, 22nd in shots, 26th in shooting percentage, and 23rd on the power play. But they’re 10th in goals allowed and 12th in shots allowed, along with carrying the title of the league’s best penalty kill.

Clayton Keller is the team leader with only 46 points, well short of the 65 points he accumulated in his rookie year. Defenseman Oliver Ekman-Larsson is next with 40 points. Four other players including Alex Galchenyuk (39) and Derek Stepan (32) have reached the 30-point mark.

Two desperate teams who need a win will battle it out tonight. The Blackhawks have dominated this matchup, winning eight of the last 10 games against Arizona, and are in a position where they are hanging by a thread to avoid elimination. I will take the Blackhawks to win on the road at +110.