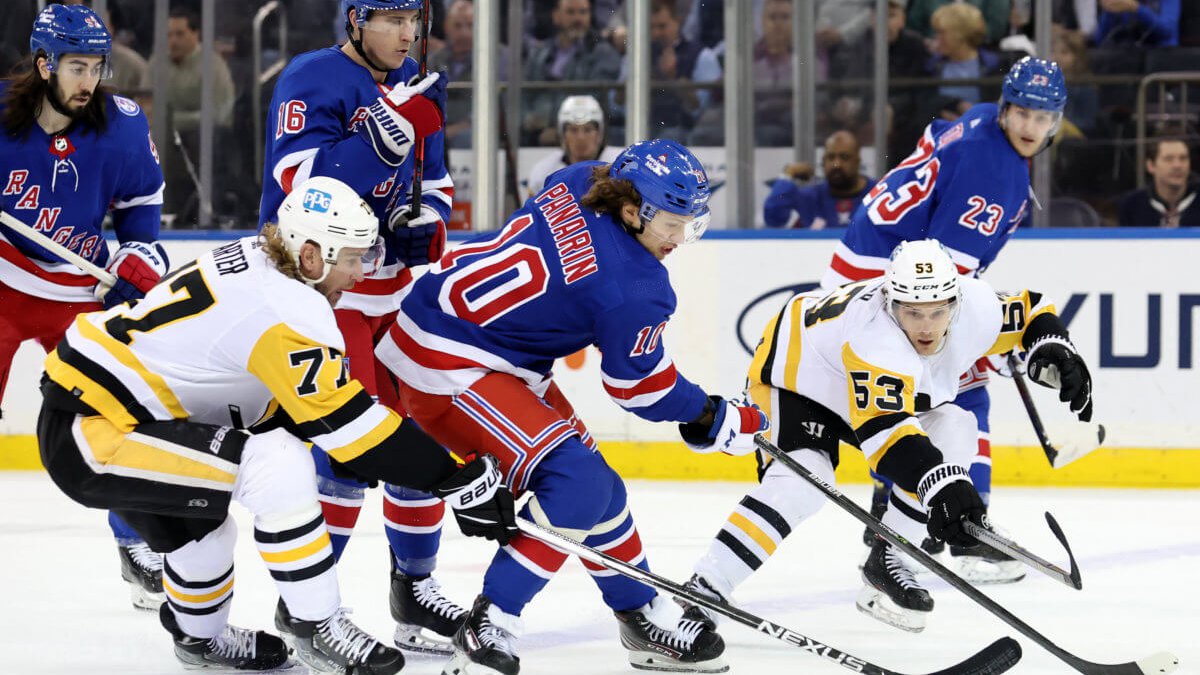 The Rangers posted a 52-24-6 record, which was good enough for 2nd in the Metropolitan Division. The Penguins finished at 46-25-11 and had just enough left in the tank to sneak into 3rd place in the division.

The two teams met four times during the regular season. The Rangers were able to bank three victories in those four contests.

New York will have home ice advantage against Pittsburgh. Madison Square Garden has been kind to the Rangers this year, as they have put up a home record of 27-10-4.

Odds to win the Series

Rangers Looking to Jump Out in Front Early

Pittsburgh’s starting goaltender, Tristan Jarry, suffered a broken foot in the regular season, and he will not be available for at least two games in Round 1. Instead, backup Casey DeSmith will be between the pipes for the Pens.

The Rangers are healthy at the goaltender position, and will have Igor Shesterkin in net during their first round series. His goals against average is impressive, sitting at just 2.07. He has 6 shutouts to his name this year as well.

The Penguins have more playoff experience, but with the injury to Jarry, I see an opportunity for the Rangers. New York will use the injury to their advantage and jump on DeSmith early in Games 1 and 2.

The Rangers will use the 4th best power play in the league to inflict serious damage to the Penguins’ defensive forces. If the Penguins start to rack up penalties, it will be a long series for them.

The lines are extremely close for this series. However, with the Rangers still showing great value at -115 at FanDuel, I see it as a no-brainer to take them on the moneyline.

Other options still post great value. Pittsburgh will put up at least a win or two in the series, so total games will be north of 4. Five games posts the best value at +270, but I see the series going 6 which is listed at +194.

The 2022 Formula 1 season is only six races deep, but the race for this season’s championship alerady appears to be down to just two drivers. Last season, Red Bull driver Max Verstappen claimed his first Formula 1 World Drivers’ Championship in highly controversial circumstances, with Lewis Hamilton denied what would have been a record-breaking END_OF_DOCUMENT_TOKEN_TO_BE_REPLACED