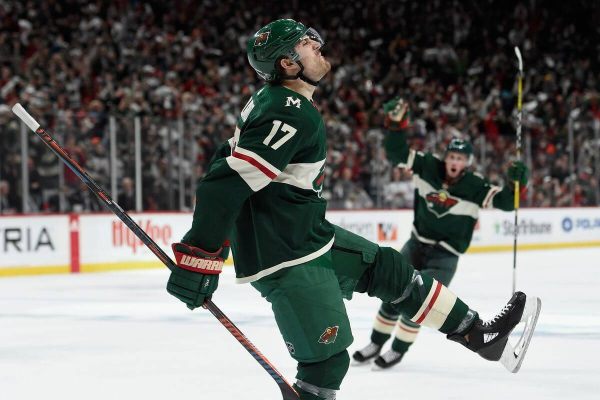 Two Central Division teams battle it out in the Music City on Tuesday night. The Minnesota Wild (32-27-7, 5th Central) take on the NashvillePredators (38-25-5, 2nd Central).

It’s only been a couple days since these two teams last faced off against each other, when Nashville escaped with 3-2 shootout victory over Minnesota on Sunday. That loss for the Wild snapped their five-game winning streak, and the win for the Predators ended their two-game losing streak.

This is the third meeting between these clubs, as Nashville won both on Sunday and back on October 15th. Tonight, the Predators are favored to win -185.

Once considered sellers at the deadline, the Wild have continued to stay in playoff contention. Leading up to the trade deadline, Minnesota traded Charlie Coyle to the Bruins, as well as Mikael Granlund to the Predators. But since trading Coyle on February 20th, they went on a five-game losing streak before finally falling on Sunday to Granlund and the Predators. Currently, they hold a two-point lead over the Coyotes for the second Wild Card spot.

Despite being a playoff team, there isn’t a facet of Minnesota that is considered elite. They rank just 25th in goals scored, 24th in shooting percentage, and 18th in shots on goal. They fare better defensively though, tied for 10th in goals allowed and sixth in shots allowed.

In net, Devan Dubnyk is expected to start. The veteran is 26-21-5 with a 2.58 goals against average and .912 save percentage. Backup AlexStalock started in net on Sunday against the Predators.

Failing to put together a successful stretch like the one they opened the season with, the Predators made a pair of deals to start getting ready for the playoffs. Since acquiring Wayne Simmonds and Mikael Granlund on the February 25th trade deadline, Nashville is just 2-2-0, with both of their wins coming via the shootout. Both Simmonds and Granlund have one assist each through three and two games, respectively.

The two forwards were brought in to bring a jolt of life into an offense that ranks just 18th in goals scored and 23rd in shooting percentage. However, they put up the sixth-most shots on goal. They’re strong defensively as well, ranking fifth in goals allowed and eighth in shots allowed.

RyanJohansen still leads the Predators with 54 points, but defenseman and captain Roman Josi isn’t too far behind with 52. The newly-acquired Granlund is third with 49, but nearly all of them coming in Minnesota.

The usual starter PekkaRinne is projected to be back in net. Rinne is 23-17-3 with 2.50 GAA and .914 save percentage. Backup Juuse Saros started in Sunday’s win.

Although Nashville has won the first two meetings, I like Minnesota in an upset. Dubnyk has been playing well, as has the Wild’s solid blue line, and have been playing stronger over the course of a 60-minute game over the last two weeks. I’ll take the Wild to steal one on the road +165.