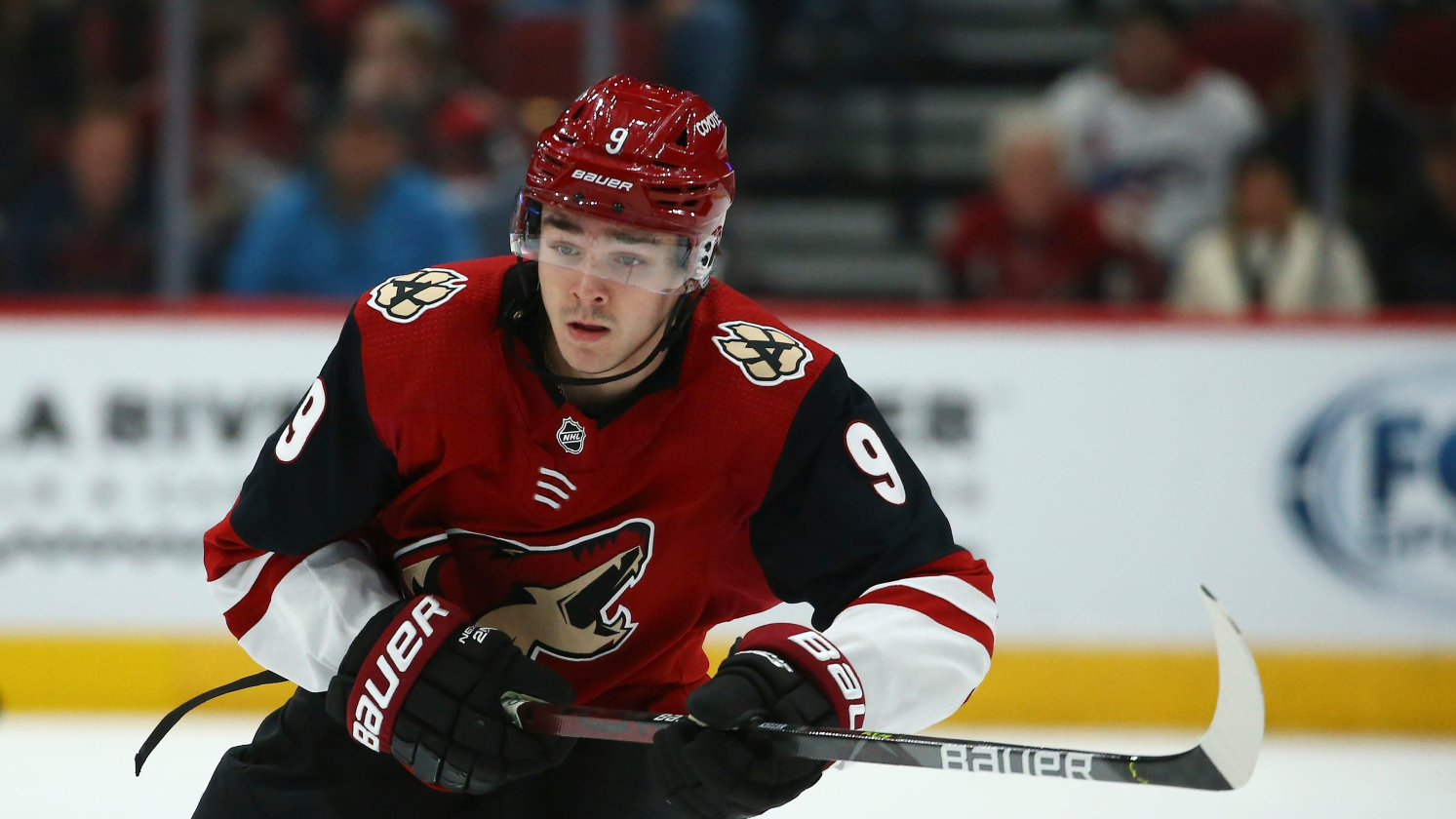 It’s a battle of the Pacific Division Thursday night as the Los Angeles Kings (18-28-5) head to the desert to face off against the Arizona Coyotes (26-21-5). Each team is coming off a loss on Wednesday night, a 4-2 loss at home to the Lightning for Los Angeles and a 4-2 loss on the road to the Ducks for Arizona.

Here is a preview of Thursday night’s matchup, along with odds and a free pick.

We’ll start with the Kings, who going back to before the All-Star break are in the midst of a five-game losing streak, placing them last in the Western Conference with 41 points.

This season, Los Angeles is averaging just 2.49 goals per game, 29th in the NHL, despite also taking the fourth-most shots at 33.6. This is thanks to an NHL-worst 7.4 shooting percentage. The Kings also have the 16th-ranked power-play percentage, coming in at 16.8.

Once again, the Kings dominate the shot differential on defense, allowing the second-fewest shots on net at 28.8 per game. However, thanks in part to poor play in net, Los Angeles ranks just 21st with 3.14 goals allowed. Los Angeles’ penalty kill is also the second-worst in hockey at 73.8 percent.

The Coyotes hope to end a three-game skid that has them barely holding onto the final Wild Card spot out West at 57 points.

Arizona comes in ranked 23rd in goals with 2.75 per game, while also averaging 31.1 shots, which ranks 18th. The Coyotes’ power play is somewhere along the middle of the pack at 20 percent, good for 14th in the NHL.

Defensively, Arizona is the opposite of Los Angeles pretty much across the board. The Coyotes have given up a fair amount of shots per game at 31.9, which ranks 21st, and are averaging just 2.67 goals allowed per game, sixth in the league.

Their penalty kill has also been solid, ranking ninth with an 82.3 percent success rate. These teams are also among the least penalized in the league, with both of them ranking in the top four in fewest penalty minutes.

Los Angeles is still a group that’s led mainly by veterans, the best of whom is Anze Kopitar. The center had an assist Wednesday night against the Lightning, giving him a team-high 27 assists. He also leads the Kings with 17 goals, showing how his production is vital for the team to have any success.

But there are other players on Los Angeles to keep an eye on. Like veteran Dustin Brown, who entering Thursday night is riding a four-game point streak. Or perhaps it’s the young Alex Iafallo, who has goals in two of the last three games and is among the team leaders in total points with 28.

Arizona’s youth movement was capped off by the acquisition of star veterans over the past year, none bigger than Taylor Hall. A midseason acquisition from New Jersey, Hall has 15 points in 17 games with the Coyotes, giving him 13 goals and 27 assists on the season. The former MVP will need a big second half to keep the Coyotes in playoff position.

Along with Hall, watch out for Phil Kessel and Clayton Keller. As Arizona’s big acquisition over the summer, Kessel has 11 goals and 20 assists in his first year with the Coyotes. Meanwhile, the youngster Keller has 12 goals and 21 assists, continuing his solid career.

After both teams played Wednesday, expect a battle of the backups in this one. For Los Angeles, that means Jack Campbell, who is 7-10-2 with a 2.89 GAA and a .899 save percentage.

As for Arizona, it will likely turn to Adin Hill, who is 2-2-1 with a 2.40 GAA and a .920 save percentage. Neither goalie has recorded a shutout this season.

Both teams come in battling losing streaks, but it’s the home team that is a big favorite. Oddsmakers have the Coyotes at -185 to win Thursday night. Arizona has won the previous two matchups in this series, one in each arena.

I like the Coyotes as well Thursday night. They will certainly get a boost from playing their first home game in 16 days. While their power play has struggled as of late, they have a chance to rebound against the second-worst penalty-kill unit in the league in Los Angeles.

Look for Arizona to get back on track and snap its losing streak in convincing fashion. Give me the Coyotes -185 to take this one.