Game 5 Stanley Cup Finals: Will the Bruins be Singin’ the Blues? 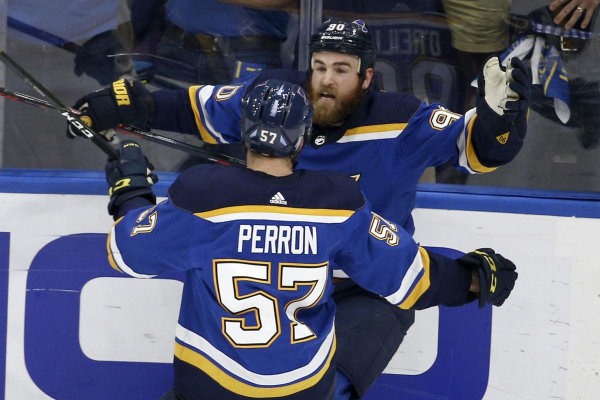 After a confident Game 4, the St. Louis Blues knot the series up at 2-2 — should Boston Bruins backers be panicking?

For the first time in their franchise’s history, the Blues accomplished two things on Monday night: They tied a Stanley Cup Final and won their first Stanley Cup Final game at home. As -115 favorites, slim chalk over the Bruins, who were plus money but closed at around 5-cent at minus money, the series is all knotted up. Here are the bets that cashed, the prevailing storylines, and the must-know angles for their upcoming game Game 5.

After multiple totals set right around the 5.5-goal mark, the totals continue to fly off the charts as over bettors continue to cash tickets at an alarming rate. Following a stunning and devastating five-goal devastation at the hands of the Bruins, the Blues managed to battle back and win a decisive Game 4, with over bettors just nailing the over 5.5 thanks to the Bruins’ pulling of Tuukka Rask to get six skaters on the ice in utter desperation.

If the trends continue, expect another high-scoring affair in Boston, which is notably the only venue where the total has gone over. It should also be noted that the Bruins, whose defensive line has already been short with the injury to Matt Grzelcyk, may be down another defenseman. Captain Zdeno Chara was struck by an errant puck in Game 4, and depending on his status for Game 5, it may be a boon for over bettors (as well as Blues bettors) if the Bruins’ defensive line is overworked and undermanned.

The age-old Zig Zag Theory may come into play for Game 5. So far in the series, neither team has been able to win two consecutive games. Each game has featured an alternating winner on the moneyline. Can the Blues break the streak, or will the Bruins inevitably take care of business at home?

The Blues were able to take Game 2 on the road, but for Game 5, they will be playing a Bruins team a little shaken up after a frustrating Game 4 loss that was within their grasp until three straight goals by the home team Blues. Bettors liking the Blues for Game 5 should keep the Zig-Zag Theory in mind and also be aware that the Blues will likely be considerable underdogs on the road, as they have been all series long.

While the Blues have been heavy dogs throughout the playoffs in most of their series, the Cinderella hockey stars out of St. Louis have been consistently able to battle back. At present, if the trends of win-loss-win-loss continue, those thinking the Blues can pull off a Missouri Miracle and knock off the favored Bruins might be best served holding off for another game until they can bet the Blues.

Opening the series as +135 dogs and the Bruins as -155 favorites, the implied odds put the Bruins to open the series at about 60% favorites. Depending on the updated odds, the Bruins have been as high as -300 favorites in this series, ensuring that those liking the Blues have had plenty of opportunities to bet them at considerable plus money.

If Blues backers wait yet another game, they could grab them at a much greater price, assuming they lose, of course. While recalculated series odds have yet to be released, there is no doubt that they can count on yet another heavily favored Bruins series price.