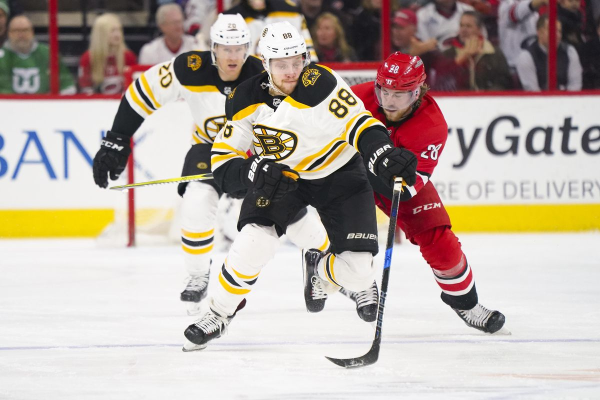 The Carolina Hurricanes were the surprise team among the final four in the Stanley Cup Playoffs, but it looks like they might bow out soon. The Hurricanes have struggled on both ends of the ice against the Boston Bruins and now find themselves one loss away from elimination. Boston has a veteran team, and they know the importance of closing out a series in the fewest games possible. The Hurricanes will be on home ice for this Game 4, but the Bruins proved they could win there in Game 3.

Boston had a pair of tough series against the Toronto Maple Leafs and Columbus Blue Jackets through the first two rounds, but it has made them sharper. The Bruins have been playing their best hockey of the season, and have been in control of this series since the puck was dropped in Game 1. Carolina upset the Washington Capitals and New York Islanders in back-to-back series, but they have their backs against the wall in this one. Boston is -120 over the Carolina Hurricanes to win Game 4 and sweep the series.

The Boston Bruins were the third-best team in the NHL in terms of goals allowed during the regular season, but they have been even better in the playoffs. Veteran goaltender Tuukka Rask can take a ton of credit for the lack of goals allowed, but the Bruins know how to defend and slow the game down. Rask has posted a 1.96 goals-against average in his 16 starts in the postseason and has stopped 94 percent of the shots taken against him. Boston held the Hurricanes to just one goal in Game 3, and that same recipe will win again on Thursday night.

Boston scored 11 goals in the first two games of this series, but two were good enough to win Game 3 over the Hurricanes. Brad Marchand had one of the goals in the most recent victory, and he leads the team with six goals, 10 assists, and 16 points in the playoffs. Boston has had three other players score six goals along with Marchand, and the Bruins are finding offense from almost everyone in the lineup. The Bruins won’t overwhelm anyone with their offense, but they have enough to reach the Stanley Cup Finals.

Hurricanes Willing to Try Anything

The Carolina Hurricanes did almost everything right in the first two rounds of the playoffs, but things have gone south in a hurry against the Bruins. Carolina even changed their starting goaltender in Game 3, but it didn’t matter in the 2-1 loss. Petr Mrazek has posted a pair of shutouts in the playoffs but was lifted after giving up 11 easy goals in the first two games. Backup Curtis McElhinney played well in Game 3, stopping 29 shots, but two quick goals dealt him the loss. Look for the Hurricanes to make some changes to their offense lines and defensive pairings in Game 4 to try and provide a spark.

The Hurricanes scored 10 goals combined in their final two wins before this series, but they forgot to bring the offense with them to this round. Carolina averaged just under three goals per game during the regular season but would love that many in Game 4. Teuvo Teravainen leads the team with seven goals in the postseason, and no other player has more than five. Jordan Staal is the only center with more than six points, and the Hurricanes must do something to generate offense. Expect Carolina to take a lot more chances and get their defense involved in this game.

Closing out a series is always tough to do, but the Boston Bruins have been here before. They know how valuable the extra rest would be before the Stanley Cup Finals and they won’t mess around in this game. Carolina had a terrific run in the playoffs, but it comes to an end on Thursday. Bet the Boston Bruins -120 over the Carolina Hurricanes in this game.