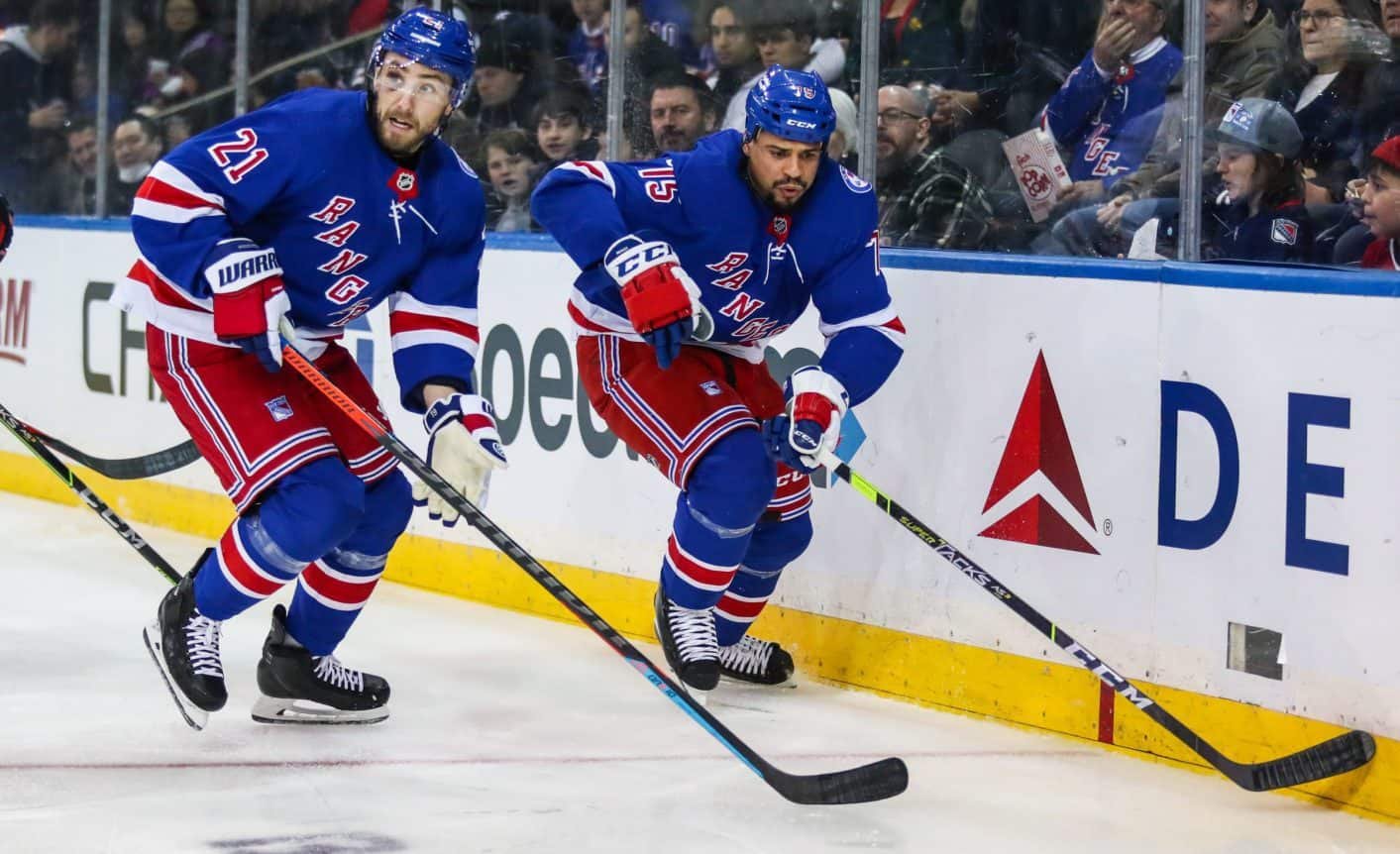 The 2021-22 NHL season is only a few weeks away from its end, making every remaining game more meaningful with the playoffs right around the corner. One of the more important remaining contests goes down on Tuesday in the form of a Carolina Hurricanes vs New York Rangers matchup.

Both teams have been two of the best Eastern Conference teams this season while being at the forefront of the Metropolitan Division. The Hurricanes currently lead the division with 102 points, however, they’ve lost nine of their last 15 games, causing their lead to shrink.

Meanwhile, the Rangers are winners of three straight and 11 of their last 15 contests. They trail the Hurricanes by two points for the division lead and considering how this is the second-last game this season between the two rivals, a victory is necessary if New York wants a higher seed once the postseason arrives.

Here’s a look at a preview and best bet for tonight’s Hurricanes vs Rangers clash, as well as each team’s respective odds in the Metropolitan Division race.

The Hurricanes have been viewed as Stanley Cup contenders throughout the 2021-22 campaign, however, a 6-6-3 stretch in their last 15 games has caused that to come into question.

One area that the Hurricanes have struggled with recently is goal-scoring. While Carolina is averaging 3.33 goals per game this season, the club has scored two or fewer goals in three of its last five games — with each of those games ending in defeat.

Although Jordan Staal leads the Hurricanes with seven points in the last five games, Sebastian Aho, Nino Niederreiter and Andrei Svechnikov have combined for just four goals in that stretch — much less than fans have hoped for from three of the organization’s top players.

The Hurricanes’ power play has also been a mess recently despite being ranked ninth-best league-wide this season. Carolina is just 5-of-38 on the man advantage in its last 15 games, which translates to a 13.2% conversion rate.

Despite the Hurricanes’ goal-scoring inconsistencies, the total has hit the over in six of their last 10 games — including three of the last four on the road.

They’re also 2-18 straight up in their last 20 games played at Madison Square Garden, which might be something that Hurricanes fans don’t want to hear.

In terms of Metropolitan Division odds, FanDuel Sportsbook is favoring the Hurricanes to win the division at -440 odds. Beating the Rangers twice over the next nine games would go a long way in solidifying that.

The Rangers have been one of the hottest NHL teams in recent weeks, further proved by their 11-3-1 record in their last 15 games. Without that momentum, they certainly wouldn’t have an opportunity to compete for the Metropolitan Division crown.

There’s no question that the Rangers couldn’t have accomplished their recent success had it not been for Artemi Panarin. The 30-year-old has been coming through for player prop bettors lately, racking up six goals and 19 assists during that 15-game stretch.

Both Chris Kreider (17) and Mika Zibanejad (16) have also been point-per-game players over that span, with 11 of the former’s points coming from goals. Kreider has scored in three straight games against the Hurricanes, so look for him to try and make it a fourth consecutive contest tonight.

Unlike the Hurricanes, the Rangers’ power play has been succeeding as of late. They’ve converted on 27.3% of man-advantage opportunities since March 12, ranking fifth-best across the league.

In addition to their recent success against the Hurricanes at home, the Rangers are 14-6 straight up in their last 20 games at Madison Square Garden this season while outscoring their opponents 68-45.

When it comes to the total, it’s hit the under in four of the Rangers’ last five games against the Hurricanes and in 13 of their last 19 games against Eastern Conference opponents. With the way Carolina has been playing, that trend could continue for New York.

FanDuel Sportsbook is currently giving the Rangers +300 odds to win the Metropolitan Division this season. Considering how they’re within striking distance of the Hurricanes, bettors should take advantage of this value while they still can.

Although the standings indicate that the teams are neck-and-neck, I’m going with the Rangers walking out of MSG with the victory.

Simply put, the Rangers have been on fire for quite some time now, whereas the Hurricanes haven’t defeated a team with a winning record since March 28. Even though that isn’t a long time, it’s telling of how they’ve been playing.

In terms of best bet, I’m taking the Rangers as the +105 underdog. It’s not that complicated: that’s where the best value for a Rangers victory lies and it’s just too tough to trust the Hurricanes to win due to how they’ve been playing lately.