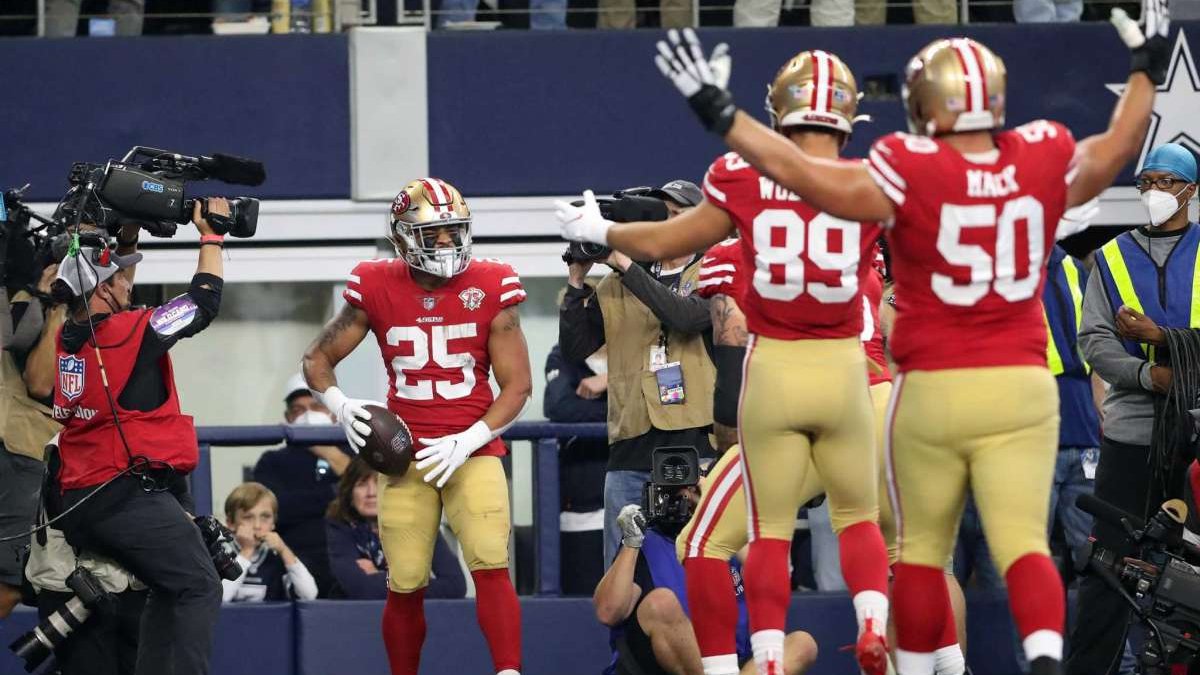 The San Francisco 49ers are reliving the classics in this year's NFL playoffs. Last week they vanquished Dallas and this week they get a chance to do so to another traditional NFC rival in the Green Bay Packers.

While the 49ers started their playoff run last week, the Packers had last week off after earning the top seed in the NFC. Will that rest make a difference in Saturday’s matchup at Lambeau?

San Francisco might be a West Coast team, but they are built to play in the bad weather we can expect in Green Bay this weekend. They run the ball and are very physical.

These teams met in a thriller in Week 3, with Green Bay taking a 30-28 win in San Francisco. Will the rematch in Green Bay play out the same way?

The 49ers have been in playoff mode for weeks, needing to win down the stretch just to get in. That certainly seemed advantageous against the Cowboys, who didn’t appear to be ready for a fight last week.

San Francisco is one of the more physical teams in the league. They want to run the ball down your throat and play with an edge. They have one of the best defensive lines in the NFL, but DE Nick Bosa is questionable with a concussion. His presence or absence could make a difference.

Green Bay is a good team with a truly elite quarterback in likely NFL MVP Aaron Rodgers. Their defense was solid, but they do not have the kinds of players that are likely to blow up a game plan. You can run on them and that is what San Francisco is going to try to do.

The bye in the NFL is valuable as a health and recovery tool. The NFL season is long and getting banged up is inevitable.

However, it can also stunt momentum. And the 49ers clearly have momentum, after being in desperation mode to close the season and winning last week as an underdog at Dallas.

I like San Francisco to be a tough out again this weekend because of their style of play. They are a rare breed in the NFL right now in that they want to be physical. They want to run the ball and even when they throw it guys like WR Deebo Samuel and TE George Kittle enjoy earning extra yards after the catch.

The game against Dallas last weekend showed how the 49ers can comfortably play with leads and the week before that they had the fortitude to come back in a must-win against the Rams.

I also just like the way that San Francisco matches up with Green Bay and think the NFC’s top seed might stagger if the 49ers deliver the first blow as they did against Dallas last week. The Packers are better than the Cowboys, especially at the quarterback position where Aaron Rodgers is pretty unflappable. But his body language can be a killer when things are not perfect too.

The Packers have had to manage injuries like everyone else this season but otherwise have not had to experience much adversity. How will they respond if they are in a challenging position against the 49ers?

The first 49ers-Packers matchup was close, and I expect another close one in the rematch. I especially like the 49ers to keep it close and to cover and think they can upset too.