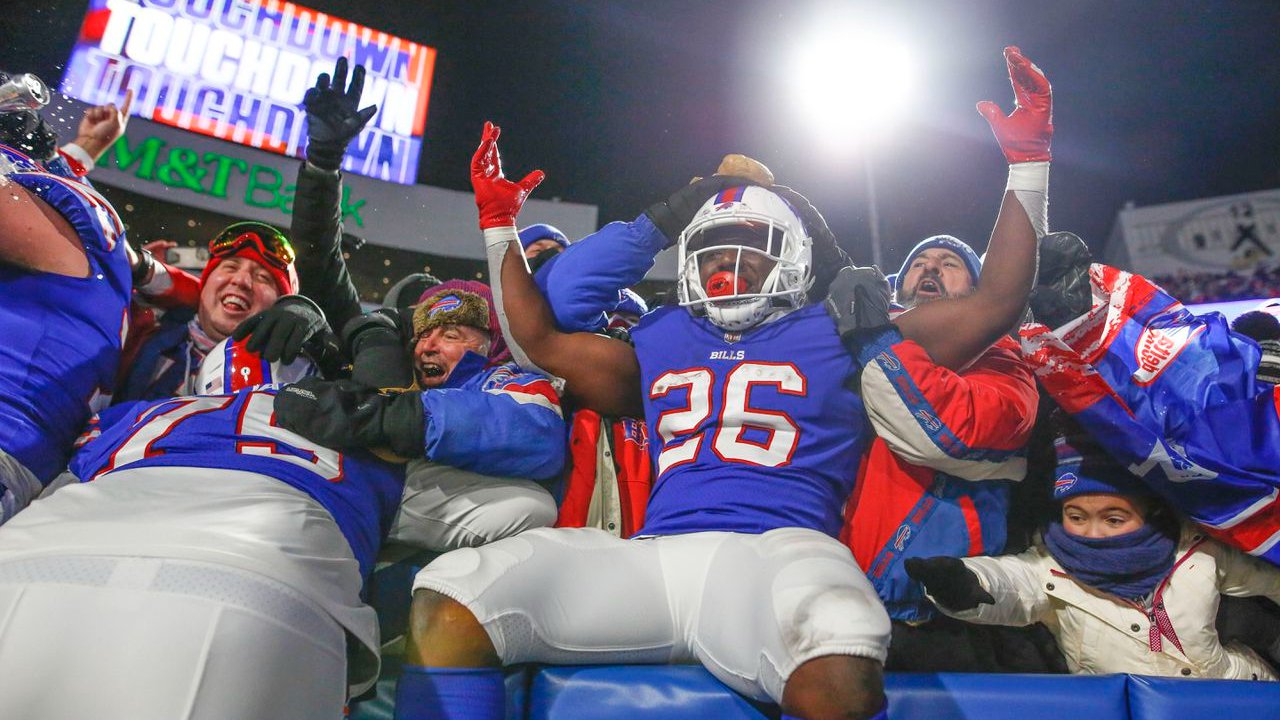 While rematches in college football are derided, in the NFL they are common. And when you get to see a division opponent in the postseason, you get a third chapter in an annual rivalry. That is the case here as the Patriots-Bills rivalry gets renewed in the wild-card round. With the weather and the fans, it will be a hostile atmosphere.

Even with some frigid temperatures, this AFC East rivalry rematch is unlikely to look like New England’s Monday Night Football win in Week 13. In that game, Mac Jones threw just three passes the entire game.

It is more likely that this game looks like the Bills’ Week 16 win at Gillette Stadium. QB Josh Allen was brilliant that day in a 33-21 victory.

These teams might have finished just a game apart in the AFC East standings but could not be more different. The Patriots have a strong defense but are the ultimate play-it-safe team. They challenge opponents to make mistakes and play to not lose.

It has worked, but with rookie QB Mac Jones and the current roster, the ceiling for this team looks like it has already been reached.

Conversely, the Bills did not have quite the season they were hoping for. There were definitely some clunkers along the way, including a loss to the Jaguars. But the playoffs are here, and Buffalo seems to be peaking at the right time. Their ceiling is Super Bowl 56, but will they reach it?

The Bills finished first in the NFL in points and yards allowed even though I do not think of them as an elite defense. Offensively, Buffalo finished third in scoring thanks to Allen, who accounted for over 5,000 yards and 40 touchdowns passing and rushing.

One of the reasons this team is so tough is that they can beat you in different ways. Having a quarterback who can make a lot happen with his legs is part of why the Bills are a top Super Bowl contender.

In the last Patriots-Bills game, Buffalo had little trouble solving New England’s defense. Allen seemed to make every big play with his arm and his legs, and the Bills were in control of the game nearly all game long.

The lone weakness of the Bills is their run defense. But even though Pats RB Damien Harris broke 100 yards and had three scores, the Pats were playing from behind the whole time in that Week 16 matchup.

Buffalo made the passing game of the Pats irrelevant, forcing Jones into the worst game of his rookie season. He was picked off twice and had a season low rating of 34.1 in that game, and that was at home.

In a night game on the road and in his first taste of the NFL playoffs, it is hard to see how they revamp their attack in a way that makes much of a difference. New England has limited personnel for Jones to throw the ball to.

Look for this game to track very similarly to the last one with the Bills leading. The primary difference is that the Bills Mafia will be at full throat. That will make things even tougher for the Patriots.

I like the Bills to cover with ease and move on to the divisional round. And if you like NFL teasers, this is a solid teasing opportunity.