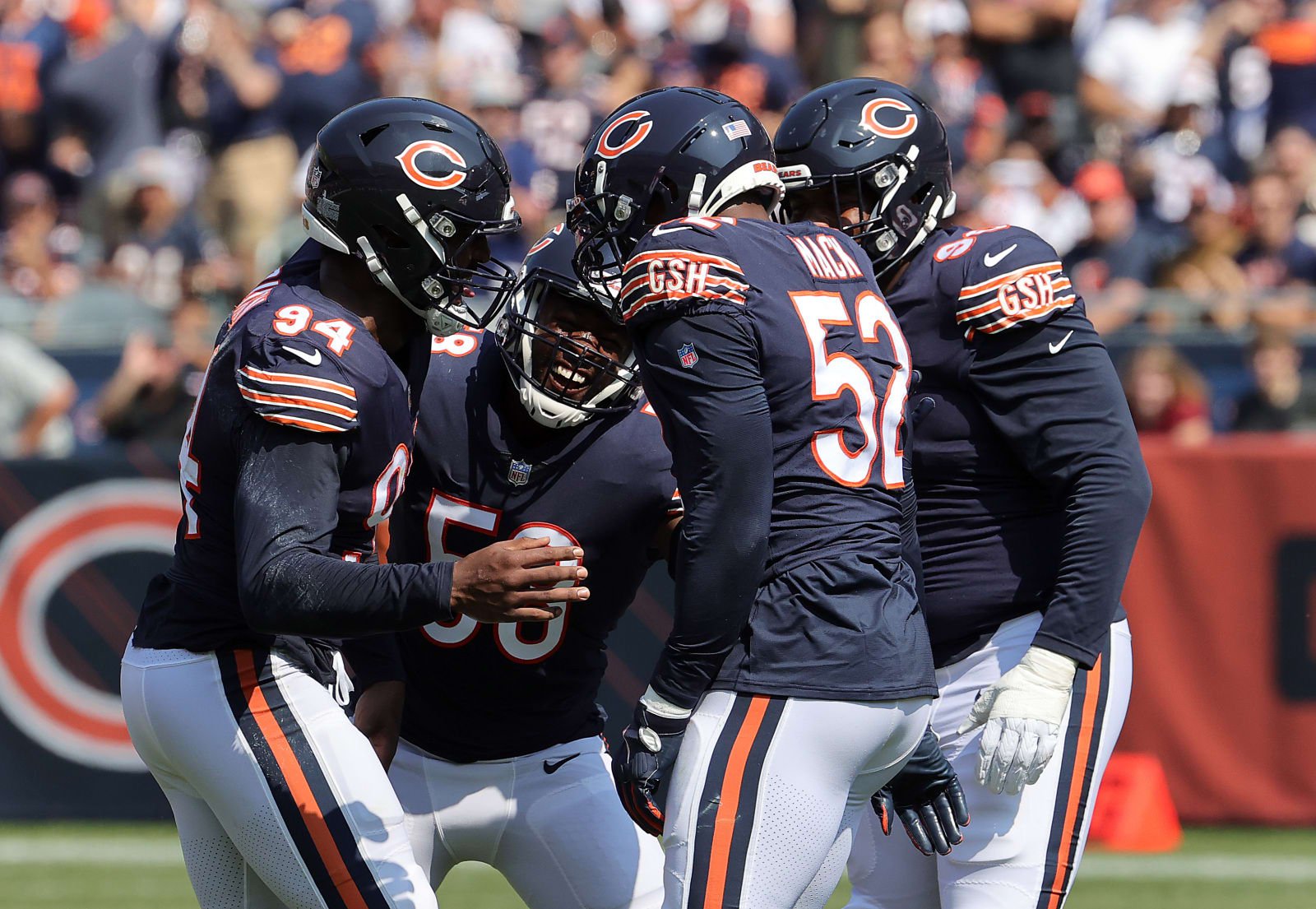 The Lions are still looking for their first win of the NFL season. Be that as it may, it is the Bears and their coach that are feeling the heat right now.

Chicago is playing with a rookie quarterback this season, and it isn’t going well. Their last win was on October 10th.

Detroit may not have a win, but they are competing well enough to have a 6-4 ATS record. That implies they are better than expected. That’s a pretty low bar for an NFL team, but it is something.

Chicago Bears vs. Detroit Lions odds are via FanDuel Sportsbook as of Thursday, November 25, 2021 at 3:30 a.m. ET. Want to see NFL betting odds from several top online sportsbooks for every NFL matchup each week? Check out our NFL odds.

Dalton to Start for Injured Fields

The Bears have lost close games to tough opponents the last two weeks, losing to the Pittsburgh Steelers and Baltimore Ravens by a combined five points.

Rookie quarterback Justin Fields is doing his best but still not having much success. It is hard to put all their offensive failings on him, but no matter the cause, he is out for this game and veteran Andy Dalton is back in. It is a short week but Dalton should be ready and he gets to take on one of the worst defenses in the NFL. He does not have a ton to work with, but he should be able to decipher what the defense is doing and avoid costly mistakes.

Can Unimpressive Goff Step Up in His Return?

For the Lions, QB Jared Goff is on the injury report but is expected to start against the Bears. Goff missed Sunday’s loss against the Browns, with Tim Boyle (15 of 23, 77 yards, 2 INT) filling in. Goff hasn’t lifted the offense in any way, but he doesn’t have much to work with either. Tight end T.J. Hockenson is a decent threat, but Goff definitely does not have the level of targets he had with the Rams.

The running game has shown some real life in the last two games, so if the aerial attack can find some success, the Lions could have a competent offense. D’Andre Swift went for a career-high 130 yards in the tie against the Steelers and followed it up with a new career high of 136 yards against the Browns.

Detroit's defense has struggled, but giving up only 29 points in the last two games could perhaps be considered progress. The Lions compete hard, but they are just limited. It will be a tough task for them to win this game even though the Bears have plenty of issues of their own.

This is the first NFL game of the day but that doesn’t mean you have to watch it. I am leaning to Chicago because their defense is better than Detroit’s, and I think Dalton is a good enough QB to win with in a situation like this. You gotta stick with the things you know. Also, even though Detroit has a profitable ATS record, you don’t want to be backing winless teams all that often. This one should be low-scoring and build up your appetite for better games later in the day. Go for an ice run, it might be more fun.

This definitely feels like a game where teams will take the points where they can get them. Sure, the offenses might be more aggressive to try and get into the endzone, but a win is crucial to both teams right now. As a result, there is probably not much risk of falling significantly behind in this game. They can kick those field goals and keep it close. It would not be a surprise if field goals were the only scores for this one.