Are the Bills the Best Team in the NFL? 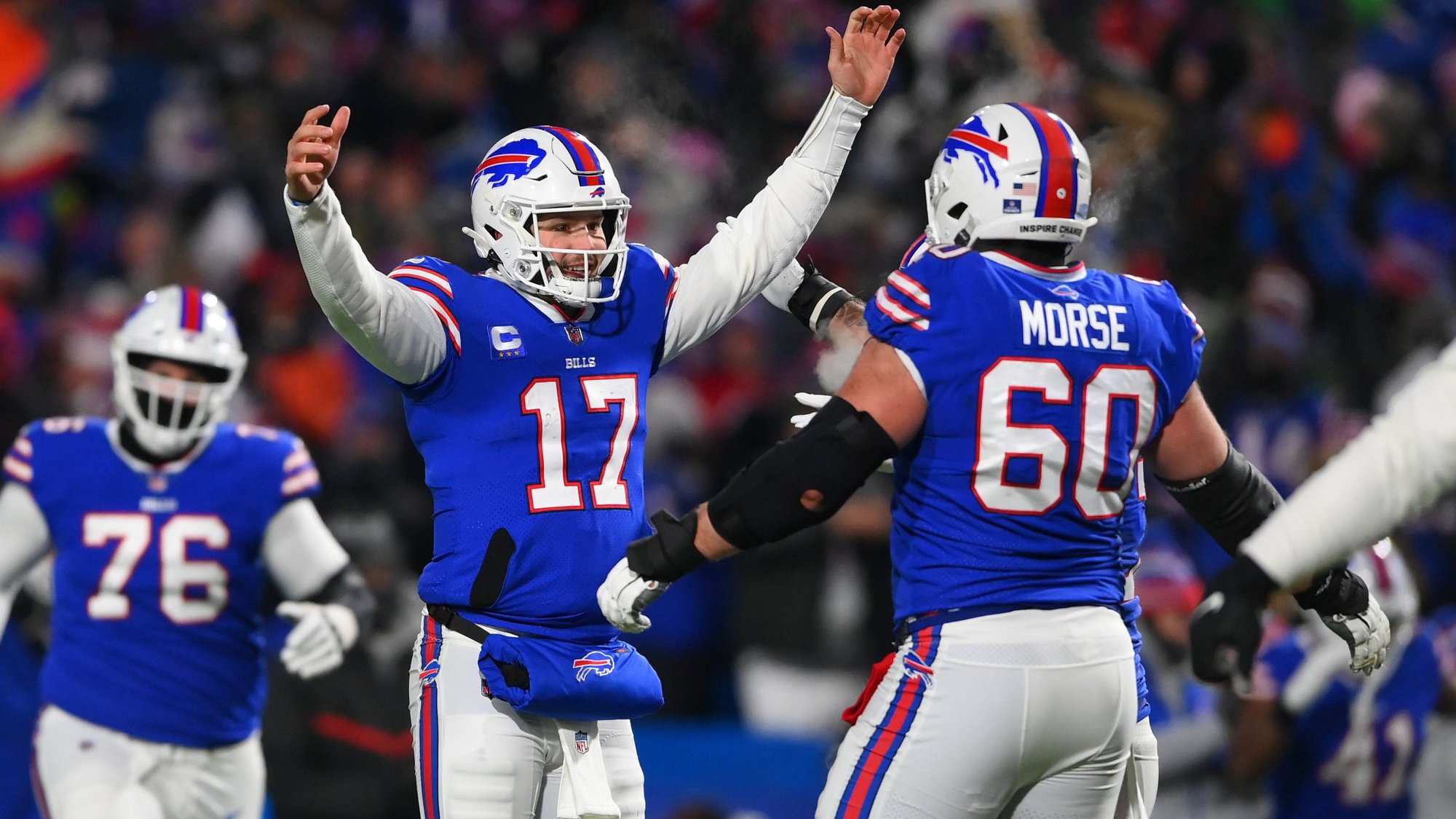 The Buffalo Bills had a tremendous season in 2021. They finished the regular season at 11-6, won the AFC East, and advanced to the Divisional Round of the NFL playoffs.

Due to their talent and execution from last season, they have made a huge jump this season. They are the Super Bowl favorites at this point, and everyone is believing in the Bills.

Are the Bills the best team in the NFL? They may be the favorites to win the Super Bowl, but there is a lot more to the best team than just winning the championship. Let’s start with the offense and a breakdown of the players they have for the 2022 season.

Last season, the Bills ranked 4th in total offense in the NFL. It all starts with their quarterback, Josh Allen.

Allen passed for over 4,000 yards last season and added 763 yards on the ground. His mobility is what makes him so dangerous. He was in the conversation for NFL MVP last season, so he will certainly be making a case again in 2022.

Not only is he the favorite to win MVP this year, but he also has the help of a young and talented receiving core. Stefon Diggs was the leading receiver last season, posting 1,225 yards and 10 touchdowns. His speed gives him an edge, and he has become loved in Buffalo.

Dawson Knox is another threat from the tight end position. He found the end zone 9 times last season, as well as catching 49 passes for 587 yards. He is the number one threat in the short passing game, and he gives Allen an out every time the ball is snapped.

In the running game, the team was great last season, posting the 6th best attack in the league. Most of the rushing came from their quarterback, Josh Allen, but this season they have a new weapon to use.

James Cook, who was drafted in the 2nd round of the NFL Draft, has posted great numbers in the pre-season so far. He will give Buffalo a more dynamic rushing attack that doesn’t have to rely on the legs of their star quarterback.

The offensive line is also fantastic, as they allowed the 2nd least amount of sacks in 2021. They also held up for the rushing attack and limited penalties.

Overall, this offense is dangerous, and 4th best isn’t going to cut it for them this season. Expect big numbers on both fronts, as this team goes for their 1st Super Bowl victory.

The Bills defense has been improving slowly over the past few years, but they finally put it all together last season. They were the #1 defense against the pass in 2021, and they weren’t half bad in the running game either.

Overall, this defense took home top honors last season, and they are only looking to be stronger this season. Lead by Von Miller at linebacker, they will look to improve on the number of times they put pressure on opposing quarterbacks.

An improvement on the defensive line has made it easier to get the sack numbers up, but there is another main component to the defense that has helped Buffalo win games: Turnovers.

They forced the 3rd most turnovers in 2021, and the numbers are projected to rise in 2022. The defense is getting the offense on the field quicker, and with Josh Allen at quarterback, the more chances the better.

Overall, the defense should hold strong, and the #1 spot isn’t going to change. The Bills will have one of the best, if not the best, defense in the NFL in 2022. It will compliment the team nicely when looking to win in big games against AFC opponents.

Will the Bills Play in Super Bowl LVII?

As of right now, it is a safe bet to put the Bills at the top of the list in the AFC. That is saying a lot, considering the AFC is the tougher of the two conferences this season.

With that being said, I believe the Buffalo Bills ARE the best team in the NFL prior to the season getting underway. With the #1 defense, offense will come naturally and often.

I have the Buffalo Bills winning the AFC East with ease and securing the 3rd seed in the AFC playoffs. They will make it through the playoffs this season and play in Super Bowl LVII as long as everyone stays healthy. It will be hard to bet against the Bills when looking at their speed, talent, and statistics.